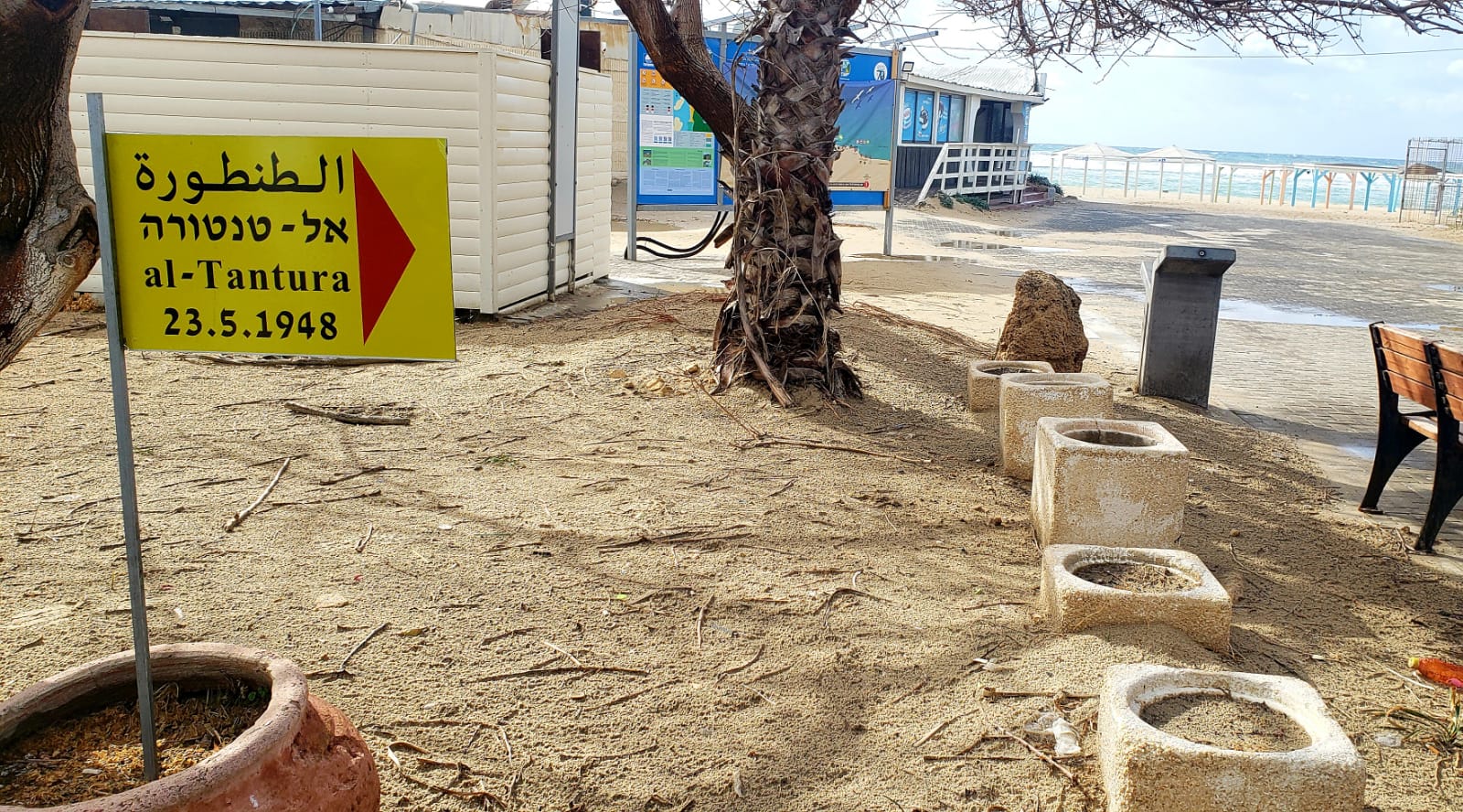 The Vision Document of the Return Council
The Council’s position paper with regard to realizing the return, ways of implementing it, its costs and benefits.
2018, Nov
Share it

The Return Council’s Vision
The Return Council is a forum of Israeli Jews who support the right of the Palestinian refugees and internally displaced persons to return, and who act to promote the realization of this right. The Council is not identified with any political party, and is open to all Israelis who believe in realizing the right of return.
The Council seeks to influence Israeli public opinion with regard to return through public activities, lectures, conferences, publications, etc. It is informed by the view that the expulsion of this country’s inhabitants is the root of the conflict, and that only the return will allow a just, egalitarian and democratic space between the River Jordan and the Mediterranean.
The following is the Council’s position paper with regard to realizing the return, ways of implementing it, its costs and benefits, and its implications for local space in political, socioeconomic and other terms. This position paper summarizes our discussions heretofore and invites readers to further the discussion and expand the debate on this issue. We call on you to view the document as a political act designed, first, to imagine return, and then to also implement it in space.

1. Towards Return
Currently, it is our responsibility to act to promote the return of the Palestinian refugees and internally displaced persons. We must act within Jewish society to raise awareness of the significance of return, its necessity, its rightfulness, and its feasibility. We undertake this duly despite the enormous challenges involved.

We, members of the Council, are fully aware of the need to overcome barriers within Jewish-Israeli society in order to break the taboo against publicly discussing the return. This is part of our accountability as Israelis on the one hand, and part of the need to make amends and redress the ongoing injustice against the Palestinian people. The barriers that we confront include:
• The trauma of the Holocaust, which is for some Jews a directly personal trauma.
• Racism in the form of phobia of Arabs, Arab Jews, Arabness, Islam, and the orient.
• Fear of changing the country’s Jewish character.
• Confusing personal identity with national identification: the strong belief that maintaining a Jewish communal identity depends on a Jewish state.
• The fear of hegemonic Jewish groups that they would have to give up their privileges, fear of equality.
• The fear that the present inequality between Ashkenazi and Mizrahi Jews would mean that the latter, together with other marginalized groups, would pay the price of return.
• Fear of socioeconomic sanctions against those who challenge conventional beliefs in Israeli society.
• Fear of emigration by most of the Jewish population.
• Fear of those responsible for the ethnic cleansing in 1948 and their descendants of denigration, legal liability, and having to cope with a past (and present) of war crimes.

We propose to act in the present based on the following principles:
Viewing the return as an opportunity for further social reforms, and as the key for empowering currently marginalized groups. Demanding that injustices towards marginalized communities within Israeli society, including the Mizrahim, be recognized and redressed as part of the return. Encouraging subaltern groups to play a central role in leading the struggle. Recognizing that the post-return space would enable reorganization of land and employment resources on a more equitable basis than the present arrangements.
Promoting concrete planning of the post-return space, in order to assuage fears and enable a tangible imagining of that future space. This way, we would be able to demonstrate that return is practicable.

Proposed action plans:
• Convene a forum of social organizations for joint thinking about a vision for a new society that includes return.
• Collaborate with movements that speak to Jews about return.
• Challenge the present conflation of Jewish identity and the state in educational forums such as informal religious schools, youth movements, community centers, etc.
• Initiate local activities of actual return in the present, which would serve as a model for additional initiatives.
• Use Zochrot’s existing tour model as a tool of training the imagination in the practice of return and the act of symbolic return, if only for a short while.
• Combine the promotion of return in anti-racism education programs that are already active within the Jewish public.
• Mainstream and social media activism.

2. Life after the Return
As part of the understanding of the meaning and feasibility of return, it must be imagined and planned, together with the space created as a result. The relationship between the various groups would be based on consent and a constitution providing for democracy, freedom and equality.

State and Government
We envision a return to a democratic state, grounded in the values of freedom and equality, and the separation of church from state, and religion from nationality, where freedom of worship will be recognized. This future state will not have a sovereign, national Jewish character, but will allow the expression of an autonomous collective identity, such as cultural, religious or educational autonomy. In parallel, the state will offer public and secular education and legal systems. The manifestations of Jewish collective identity will not be Zionist and will not express an aspiration for sovereignty. The Palestinian collective identity will also be able to include Judaism.
The constitution promulgated by the new regime will prohibit coercion by one nationality towards another, regardless of the identity of the eventual majority.

Education and Culture
We will seek to enable the full expression of diverse cultures, with recognition of oriental cultural origins and integration into the Middle East. Instead of current Eurocentric attitudes, we will act to recognize other cultural groups as leading parts of society. An egalitarian, multicultural education system will be in place, which will respect the diversity and uniqueness of the country’s cultural identities, without splitting, alienating and separating them, and emphasis will be placed on shared elements. Public education will be bilingual (Arabic and Hebrew). Multiple types of schools (separate, mixed, public and private) will be offered, and every citizen and resident will be free to choose what is best for them. In the transition to the new regime, all national symbols will be changed. Advance planning of the return, and the preparation of the communities, both returning and existing, will contribute to understanding the reality that had developed from the Nakba to the return. This understanding will enable a healthier construction of the space that will undergo radical transformations following the return.

Lands
The return will require land reform, which could rely on the fact that today, 93% of the country’s land is state-owned, and that this land was mostly owned by Palestinians until 1948, when they were forcibly dispossessed. The guiding principle is that refugee lands are to be returned to them. Nevertheless, appropriate and humane solutions need to be found, that will not cause injustice and human suffering to the present occupiers of these lands. Special courts will be set up to facilitate redress and offer solutions in special cases. Under certain conditions, it will be possible, for example, for present occupants to rent their lands, to compensate the owners for lands not returned to them, and for depopulated Palestinian communities to choose to unite with others as part of their reestablishment, etc. Local assets will be transferred to the ownership of the Palestinian communities as part of the plan of creating economic equality and reducing the gaps between and within the national groups.

Society and Economy
The absorption of the refugees will be informed by historical cases of absorbing immigrants in various places around the world, including absorbing Jewish immigrants to Israel, for better or worse. Houses and infrastructures must be built, hospitals and schools; accessible employment must be ensured; and the additional population density be prepared for. Psychological and practical training for both parties will be required – studying the two languages, treatment of the trauma caused by the expulsion, etc. Compensation for past wrongs will be required, as will be plans to prevent tracking and the creation of distinct economic classes.
To enable appropriate preparations, the period during which lands could be returned or compensation paid will be limited (10-15 years). With the help of a dedicated government agency, the refugees will decide whether to prioritize the various refugee groups. Naturalization will be possible even after that period. The state will encourage mixing and will combat separation between different groups; for example, having the returnees settle in Jewish rural or urban communities established on the ruins of Palestinian ones. All admission communities will be abolished.
Return could be an opportunity to “open all the files” and reorganize the country on an egalitarian basis in all areas, such as LGBT rights and a constitutional commitment to eradicate discrimination and violence against women. Such a welfare state will invest in health and education. The state will welcome refugees of all religions from the entire world based on international conventions. There will be no special encouragement of Jews to immigrate, and they will not receive automatic citizenship. The new state will pass immigration laws that will apply to every person seeking to settle in its territory.
As part of the redressing of historical wrongs enabled by return, the historical discrimination towards Mizrahi Jews will have to be addressed, including the areas of tracking and municipal boundaries. The country will also settle the status of its Mizrahi citizens with Arab countries in terms of property, in cases where they had been forced to leave those countries (through individual compensation and/or return to the original properties).

Security and Foreign Relations
The security arrangements in the future state will apply to and protect all citizens and residents equally.
Peace agreements with neighboring states. We envision a Middle-Eastern space governed along the lines of the European Union.