Bayt Nattif Before 1948
At 21 km distance from Hebron, Bayt Nattif was placed on a mountain top in the western zone of the Hebron Mountains, 1 km north of the Bayt Jibrin-Bethlehem highway, and linked to several neighbouring villages by secondary roads. The star-shaped village with an exclusive Muslim population had a mosque, a number of shrines, an elementary school, and various shops. Three wells from the peripheries of the village were providing drinking water, and the villagers' main means of livelihood were rainfed agriculture and animal husbandry. Bayt Nattif was an archeological site containing the vestiges of a Roman road, as well as caves, cisterns, mosaic floors and columns.

Occupation, Depopulation, and Israeli Settlements
The Fourth Battalion of the Har'el Brigade captured Bayt Nattif during operation ha-Har. There are, nevertheless, some discrepancies in the Israeli accounts of the occupation. A Palmach report states that, as the Israeli forces advanced towards the village on the 21 October 1948, its 'inhabitants fled for their lives', while the Haganah version has it that the village was taken 'after some light resistance' on the 22 October. According to the History of the War of Independence, however, 'in Bayt Nattif, the inhabitants' bundles were found, indicating that they apparently wanted to leave the village previously, but they did not have enough time to take along their belongings.'

Due to its strategic location, the occupation of the village led the Israeli forces to successfully block the Bethlehem-'Ajjur-Bayt Jibrin road, 'the transportation artery which was important for Egyptian troops in this sector'. Several raids took place in the months following the occupation, the aim of which being to drive out refugees from nearby villages encamped in the area south of Bayt Nattif [Benny Morris].

While referred to as 'the village of the murderers of the 35' in the History of the Haganah, New York Times reports of the time state that the supposedly wiped out column of 35 Israeli soldiers were part of a shock force sent to participate in the battle of Etziyon, but made a wrong turn and were ambushed at nearby Surif. The Arab version, however, goes even further in stating that the Zionist force deliberately attacked Surif, as a result of which Haganah forces encircled the nearby Bayt Nattif, Day Aban, and Zakariyya in a 'punitive' attack.

The settlement of  Netiv ha-Lamed-He was further established on village land in 1949, followed by Avi'ezer, Roglit, and Newe Mikha'el, all built in 1958.

The Village Today
Only the remnants of arched house entrances amidst piles of rubble, and six steel beams standing in the midst of the debris at the site's centre now bring testimony to what used to be Bayt Nattif. As well as the bones visible from two large, open graves on the northeast side.

At the entrance to Kibbutz Netiv...

The house of Abed alFatah Khamis

The destruction of the village...

Return Vision
05/2019
The video, which was screened at Zochrot on the eve of "Independence day, accompanies a group of Israelis who decided to learn about return and its... 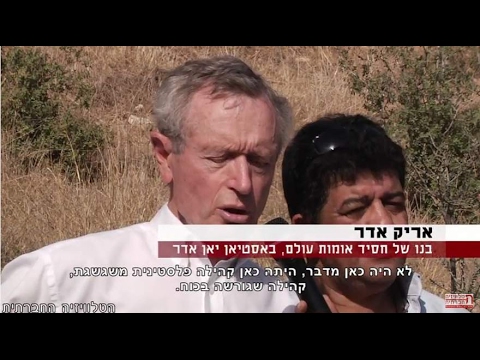 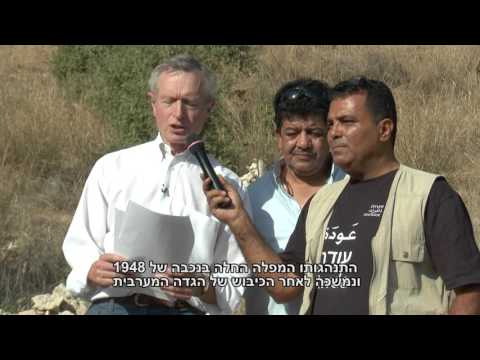 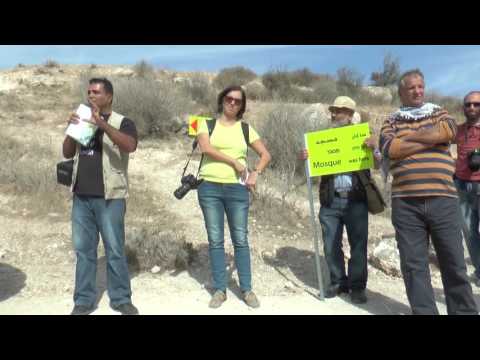 Remembering Bayt Nattif
11/2016
Erik Ader In June 1936, the Dutch Protestant Reverend Bastiaan Jan Ader got on his bike to cycle to the Holy Land, a daring...
56144

Remembering the Nakba, Here and There, Then and Now
By: Umar Al-Ghubari
07/2019
When we approached the issue of justice and redress, the question of the refugees’ right of return naturally arose as one of the...

Media coverage - Tour and Event in Bayt Nattif
15/11/2016
Tour and public Event in the destroyed village of Bayt Nattif, south to Beit Shemesh. During the event we will walk among the...
56692