Yajur Before 1948
At 9.5 km distance from Haifa, the village stood on the lower slopes of Mount Carmel, facing northeast. The Haifa-Jinin highway passed northeast of it. Yajur was one of several villages whose lands were sold by the Ottoman government to two Lebanese merchants, Sursuq and Salim al-Khuri, in 1872. They in turn sold many of these lands to Zionists, who in 1922 established the settlement of Yagur on the land. The Arab residents included 560 Muslims and 50 Christians in the mid-1940s, and their houses were scattered across the mountain slopes. In 1944/45 a total of 261 dunums of their land was allotted to cereals; 57 dunums were irrigated or used for orchards, of which 42 dunums were planted with olive trees. Although Yajur has not been identified with any ancient historical site, there is evidence of the village's antiquity , including fragments of glass, building foundations, and tombs with sarcophagi.

Occupation, Depopulation, and Israeli Settlements
Yajur was one of the villages in the vicinity of Haifa that was captured immediately after the fall of the city. After the Haganah launched a major attack on Balad al-Shaykh, a large village just to the northeast of Yajur, the villagers decided not to wait for a similar assault. Historian Benny Morris states that they evacuated on 24 or 25 April 1948, a couple of days after Haifa was captured. The New York Times reported a direct military strike against this village at the same time. The Times correspondent wrote that Yajur was one of three villages 'commanding' the eastern approaches to Haifa that was occupied on 24 April in order 'to create a protective zone and seal off Haifa from counter attacks'. After its occupation, the Haganah turned its attention further north, to Acre.

Zionists established the settlement of Yagur in 1922 on what were traditionally village lands. The settlement of Nesher, founded in 1925 on lands that formerly belonged to Balad al-Shaykh, is close by, to the north.

The Village Today
No traces of the houses remain on the site, which is marked by numerous fig trees and a smaller number of olive trees. Cement factories occupy part of the surrounding lands. The Israeli settlement of Yagur occupies other parts of the land and uses them for agriculture.
-------------

The way back to Yajur

Ruins of a house in al-Yajur

Ruins of a house in al-Yajur

Mouhamad and Bahiya Husari from... 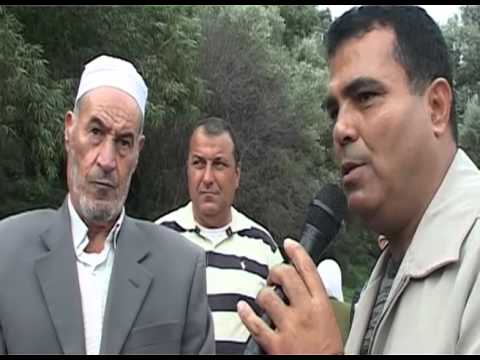