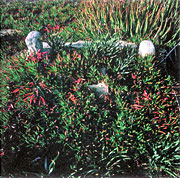 Photographing what is absent

Photography About Zochrot, criticisms and reflections Language and names Jewish response and coping with the Nakba