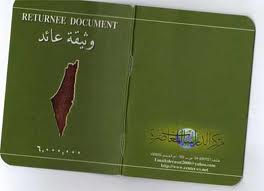 Stretching the boundaries of discourse
Gabi, who took part at Zochrot Study Group, shares her thoughts

My main reason for joining the Zochrot study group was to fill the gaps in my knowledge resulting from what I was taught in the standard Israeli educational frameworks.

I didn’t expect that participating in the group would lead to any change; not in the reality nor in my own understanding of that reality.

Moreover, I believed that there was almost no chance that the activities of the various left-wing organizations would be able to change the reality; I thought their activities were mostly attempts to meet emergencies or deal with specific cases.

By the way – it’s important for me to note that it's not that I think there’s no point in such activities, it's only that the main justification for participating in them, from my point of view, is the moral obligation, and not the chance of bringing about real change.

During the course of the meetings I changed my mind to some degree, because we dealt with the return.  I think that dealing with the return of Palestinian refugees can potentially change the nature of public discourse in Israel and, eventually, hopefully also reality itself.  Here’s why:

1.  I think the left does a very good job opposing existing reality, being critical of it, but it often lacks an alternative program.  Dealing with the return, planning it, by definition presents a positive message rather than negating that which exists.  I believe such an approach has three main advantages:

1.a.  Vis-a-vis opponents – this approach reverses the traditional roles of right and left in Israeli public discourse (as I’ve experienced it).

1.b.1.  I believe people need a structured view – a model - of reality, and they have difficulty accepting an approach which negates and tears down existing models, because it undermines their own relationship to reality.

1.b.2  I believe it’s hard for people to hear criticism, so that any movement that focuses on criticizing what exists can’t be sufficiently inclusive.

Here’s a comparison:  I think that the success of the “Ir LeKulanu” movement at the municipal level in Tel Aviv, for example, is due to the fact that the movement presented a positive discourse which proposed specific transportation and urban models, and did so in an inclusive way.

I believe that dealing with the return, at least the way Zochrot deals with it, is inclusive, the primary benefit being the very fact of participation in Zochrot’s activity.

1.c.  Dealing with the subject has the effect of expanding the bounds of discourse (in a good sense) and legitimizes the concept of “Palestinian return.”  That in itself is undoubtedly a first step toward return.

2.  I believe (and did so even before I joined the study group) that the occupation won’t last forever (if not for humanitarian reasons, then for thermodynamic reasons).  Thus, there will come “the day after the occupation ends.”  Therefore, it’s appropriate to prepare for that day.  And there’s nothing more appropriate than creating a stockpile of ideas and plans aimed at that day, in the hope that when it does arrive they’ll be available and useful.  Moreover, Zochrot conducts its planning activities in a way that’s doubly successful:

2.a.  It’s a very democratic method of planning for the future, one that allows each person to make suggestions or present an idea about what their future should look like, both personally and in the context of their surroundings.

2.b.  The more people who are asked, the better the chances of getting good ideas that can be implemented, and the process aims at involving as many people as possible in the discussion.

Jewish response to the right of return Jewish response and coping with the Nakba Education Courses and learning groups Articles, writing and press about the Return