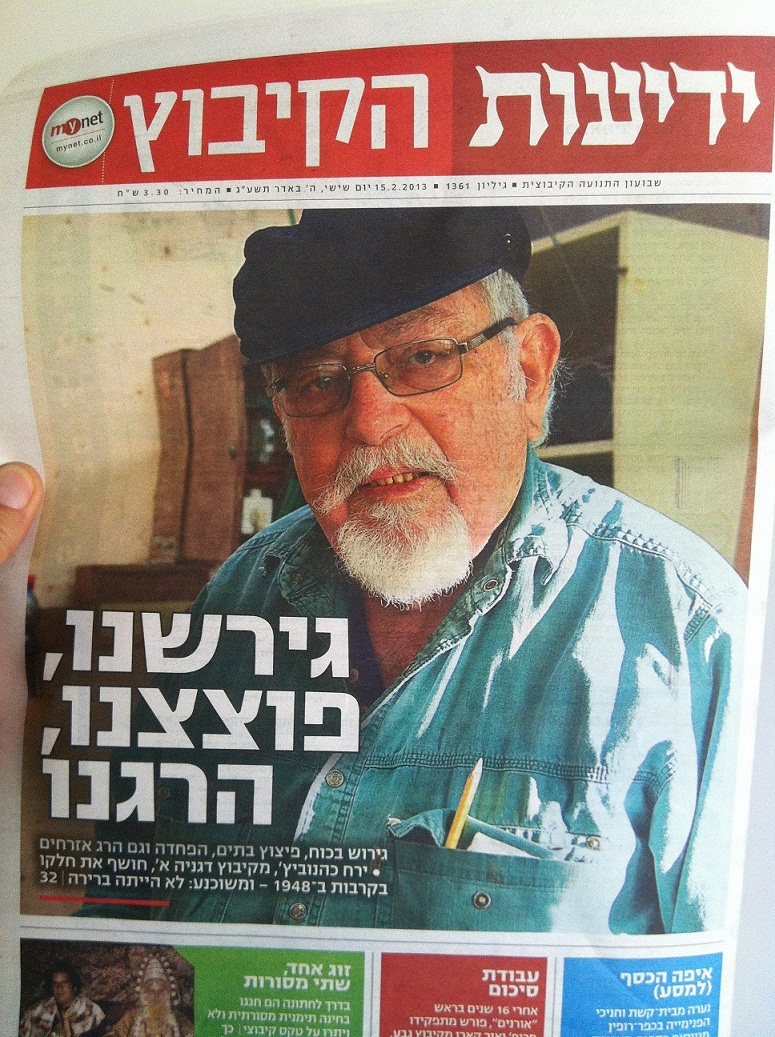 Palestinian historian Nur Massalha wrote that from time to time, starting as early as 1949, Israelis have been periodically washed by waves of revelations and remorse for the injustices that enabled the establishment of a Jewish State. As an Israeli Jew, I know them well: articles are published, impassioned debates keep you awake, (Jewish) friends turn temporarily into foes, but then the wave recedes without leaving a mark on the beach, and life returns to normal.

As part of the most recent Nakba wave, Ari Shavit chose to visit Lydda (or Lod, in Hebrew). Following that journey, he shared some very partial revelations in a classic Zionist-apologetic text that leads to a very clear conclusion: it is our duty to find out about what happened, but we must never challenge the premises with which we ventured on this journey. Relax, everything's OK, we'll weather this wave as well.

Shavit struggles to make sense of the "black box of Zionism", as he calls Lydda. He starts by describing the neighboring Jewish youth village of Ben Shemen and also ends there, with a commanding view of the town. A Palmach militia fighter recently interviewed as part of Zochrot's oral history project had a similar point of view to offer. Look at the town as you drive past it on your way back to Tel Aviv, he said, and imagine it bustling with a million Palestinians – then you will thank me.

Shavit is just as candid. He too feels enormous gratitude for the perpetrators of the Lydda massacre for doing the "filthy work" because even "the critics of later years" which I can only assume include the likes of me, "enjoyed the fruits of their deed". This zero-sum game hypothesis – us or them – is the very essence of Zionism.

Are Lydda and Ben Shemen necessarily mutually exclusive? Do the fruits justify absolutely anything? Do we enjoy them so much that we must keep our mouths shut, or else keep singing the refrain?

I would like to add to the picture of Lydda painted by Shavit from a safe distance several facts that as an Israeli I find impossible to bear. The first has to do with the circumstances of Gutman's arrival in Lydda. "On July 11, 1948, he was looking for Yigal Allon on an intelligence matter", writes Shavit without elaborating. Gutman headed the Palmach's Arab Department, many of whose operations – such as the attempt to poison Gaza's water supply – are still considered taboo in Israeli historiography. His soldiers still refuse to speak, believing that in doing so they are protecting us – perhaps if we knew what it really took, we would regret the whole thing, maybe let the refugees return – who knows? In a 1988 testimony, Gutman says he arrived to the Lydda area expecting "another" wave of refugees his agents (Jews from Arab countries) could use as hitchhikers and cross the border. Indeed, his agents operated in many countries, reporting on the refugees' attitudes and military movements. Allon, however, had a different task for him, and appointed him governor of the occupied town, in charge of the unpleasant task of ethnically cleansing it. Gutman sums his personal tragedy as follows: "First Lod was gone. It started walking off and I was very sorry we weren't able to send [our] people with those people".

The other facts have to do with the mosque massacre. Shavit dedicates a mere eight sentences to this atrocity. His facts are correct but incomplete and the reader can easily miss the import of the words "two hundred and fifty Palestinians were killed", especially as he uses the Zionist passive tense. As published in an interview in Yedioth HaKibbutz in February 2013, it was Yerachmiel Kahanovich who shot his anti-tank weapon into the mosque, and the results were "not pretty. They were all squashed on the walls". This was not part of what Shavit calls "a tragic chain of accidental events" but a deliberate act. Kahanovich received an order and obeyed it. The order was designed to expedite the expulsion of the town's civilian population. It is difficult to justify such a cold-blooded massacre, and even those who would justify the expulsion would find it difficult to envision Kahanovich standing with his Browning machine gun above the dry riverbed awash with refugees to make sure that "whoever strayed off the path got shot".

As if that weren't enough, another fighter, Benjamin ("Rusky") Eshet, testified in a video made for Zochrot that the mosque had to be cleaned up after the massacre. Local "volunteers" were recruited, and when they finished burying the dead, some of Eshet's friends volunteered to shoot them – to make sure they too would be buried with their mouths shut, so that later critics would be able to quietly enjoy the fruits of the filth.

When I hear such testimonies, it feels as though time stood still in 1948, that we are still too traumatized to even begin recovering. Shavit also feels that way, as he concludes his articles by saying "columns like the column of Lydda never stop marching". There is only one way of stopping the column – without using a machine gun, please. We must let the marchers and their descendants turn back home. Only then will Lydda, Ben Shemen, and the entire country be able to start living in the present tense.