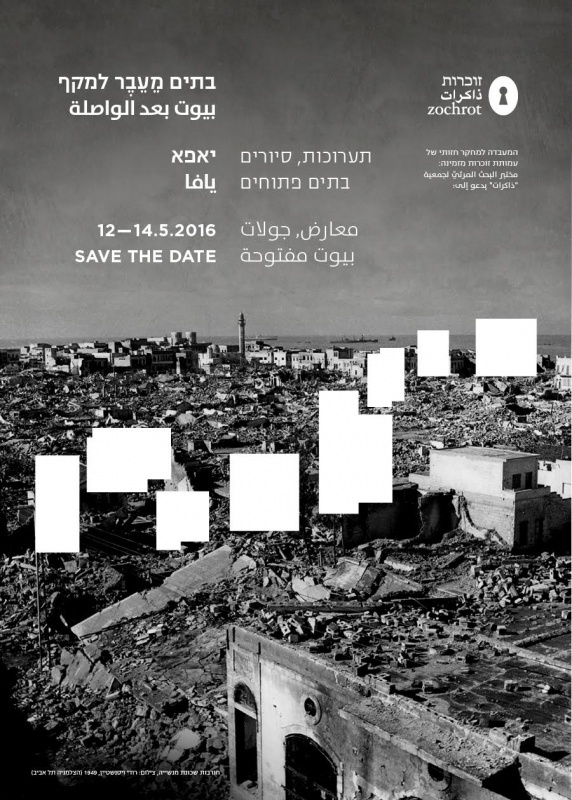 Wiping Palestinian history off the map in Jaffa

A tourist map of Jaffa presents a reimagined, Zionist version of the city: Jaffa 2.0 is a boutique neighborhood of Tel Aviv, with a smattering of ‘local’ (read: native) color. But the map itself simply represents a much broader process of destruction and reconstruction.

In mid-May, when Israeli Jews celebrate Independence Day, Palestinians commemorate the Nakba — the ethnic cleansing of hundreds of thousands of people from cities and villages across Palestine that began in December 1947 and intensified throughout 1948, both before and after the declaration of the State of Israel. This process of removing Palestinians from their land continues in various forms to this very day. Palestinian refugees as a whole have never been allowed to exercise their right to return to their homeland.

Silvia Boarini, The Electronic Intifada May 24, 2016

The sacking of Jaffa during the Palestinian Nakba, as narrated by three Omars

Jaffa fell during April 1948 in a swift military operation by Zionist militias that bombarded the then-largest city in Mandate Palestine from three sides. Only the sea-bound route offered a safe escape, and that is why Palestinians this year took a boat tour to commemorate their expulsion off the tepid shores of the coastal Mediterranean city. Aboard, three men named Omar– one spelled Umar– recalled Jaffa’s past before the creation of the state of Israel and during its sacking.

Looking out at Tel Aviv from the old port-city of Jaffa. This ancient place was once the bustling home of a large Arab community before a huge displacement occurred that Palestinians refer to as the Nakba. Very few Israelis acknowledge, let alone assume responsibility for, the events that took place in the last few months of the British Mandate on Palestine and the early months that followed the declaration of the State of Israel. Zochrot ("remembering" in Hebrew), an Israeli Non-governmental organisation, based in Tel Aviv, is trying to change that.

"Musawah" channel report on Zochrot "Return Boat" that was held on Saturday, May 14,2016 in Jaffa to commemorate the Nakba and to call for Return implementation.