Home / Testimonies / Yoni Yochanan, resident of Lifta
In 1953 the government brought the people from Kurdistan to Lifta. Not only because they wanted to give us a house, but also to make sure the former residents wouldn´t come back 03/06/2013 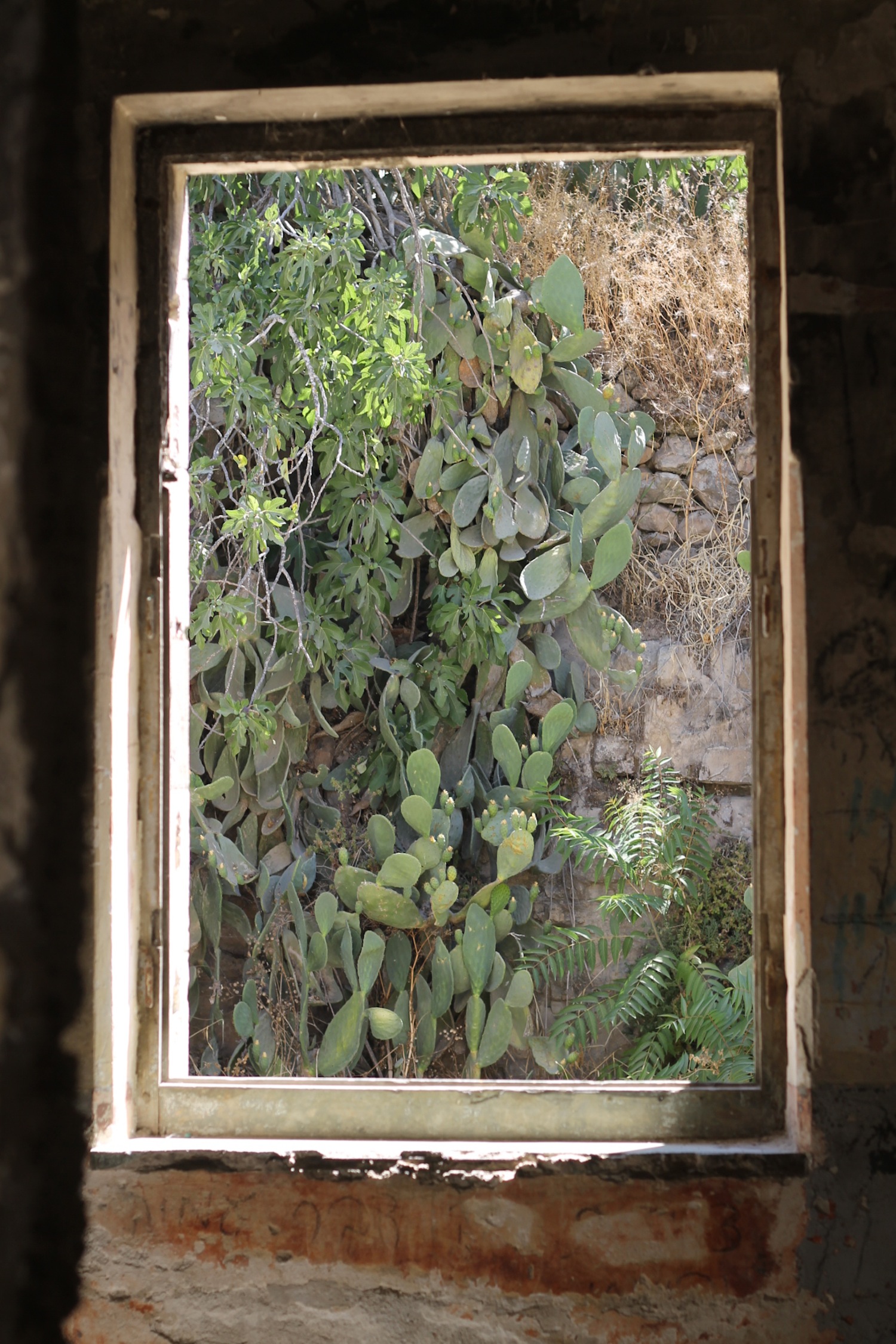 Laura van Rij (LR):What is your connection to Lifta?

Yoni Yochanan (YY): In 1951 all the Jewish people from Iraq, from Kurdistan, came to Israel. We were there for more than 2000 years and then we finally came back to Israel. My parents were one of them. First they went to a Mabara camp, a kind of refugee camp, for one year. In 1953 the government brought the people from Kurdistan to Lifta. Not only because they wanted to give us a house, but also to make sure the former residents wouldn´t come back. Lifta was an Arab village, like a lot of other villages. But they ran away in the war. When we came here there was no electricity, no water, no nothing, like a desert. It was very difficult in the beginning. I was born in the sixties, here. As a child it was good, there was a lot of fruit, there was a spring. It was not like nowadays, it was full of people, in all the houses someone was living.

LR: Was it a close community?

YY: Yes, it was. Everyone was from Kurdistan. A lot of people knew each other already. The Kurdish people felt at home here, the houses are similar to the houses in Kurdistan. There they were also living in the mountains, with trees and gardens. When the Jews from Kurdistan came here, their mentality changed. They had to go out to work here, twelve hours a day, so they didn´t have time to work on the land. It changed their life. They didn´t have big gardens here.

LR: What kind of stories did your parents tell about Kurdistan?

YY: Lots of stories. They changed goods with goods there, they didn´t use money. It was a small community and all of them were Jewish. They were very primitive; they maybe knew how to read the Bible, that´s it. They didn´t speak Hebrew, when we came to Lifta we spoke the Kurdish language.

LR: What was the main reason your parents wanted to move to Israel?

YY: When my parents left Iraq the government took all their belongings. Even their wedding ring. They were rich there and poor here. They left Iraq because after the 1948 war the way the Jews were treated in the Arab world changed. They didn´t feel safe anymore. The war here was not good for the Jewish people of Kurdistan, Yemen, Morocco… Before 1948 I think my parents didn´t even think about coming to Israel, they were rich, had gardens, fruits, a good life.

LR: Did your parents ever regret coming here?

YY: Nobody regrets coming to Israel. I´ve been to Kurdistan last year. It´s not allowed for Jewish people to go there but I wanted to see my father´s land and the village so I went. It was wonderful. For me it was like a dream to go there because I always heard the stories about the gardens and the water, so I had this wonderful picture in my head. I wanted to go and see everything.

LR: Do you have any specific memories of Lifta?

YY: It´s not my memory, but a very important memory for the people here was when the president visited Lifta in 1958. He was shocked that there were people in Israel living like this. He worked very hard to get electricity in the village. The people were very proud that the president visited them, and he even brought us the light!

LR: When did the Kurdish people leave Lifta?

YY: Around 1965 people started to complain about the living conditions in Lifta. We were outcasts, the municipality didn´t provide anything, and there was no school. If wanted to go to school you had to walk more than two kilometres up the mountain. Finally the government built houses for the Lifta people somewhere else. Almost all the people had left around 1967.Only these houses next to the road to Tel Aviv are still inhabited, there is only about 13 families left today.

LR: When did you built this house?

YY: We built this house by the years. We started from nothing, but I guess nothing is also something. In the beginning there was no shower, no toilet, just some hole outside. We built it slowly, and now, after 60 years, the government wants to use the land and kick us out. That is what we protest against.

LR: Wasn´t there a law that if you live somewhere for more than seven years…

YY: There is a law but they changed it. Now if you live somewhere for 200 years it´s not even enough. The government doesn´t see the small people. There are two kinds of people in Israel, the Ashkenazim and the Mizrahi. They think they are cleverer than us, we know that.

LR: How does this work in other places in Israel? A lot of people received a house from the government after 1948.

YY: They gave away thousands of Palestinian houses for free. But now they say it still belongs to the government. It´s not only here, there are 20.000 to 30.000 houses in Israel where the owners don´t have any kind of papers. They live there for 60 years but they cannot sell or change the house because the government says it doesn´t belong to you. They want to get us out and sell the land to other people. It happens every day, everywhere. I´m not only fighting for my own house, I´m fighting for the whole of Israel.

LR: How would you like to see Lifta in the future?

YY: I think that Lifta should be some kind of memory place for the Arabs and for the Jewish. There is a lot of history here. When you look at Lifta you can look back 1000 years. People lived here; every stone here is made by hand, one by one. Before 1948 people were living here and after 1948 as well. Maybe from this place peace could come. There could be a museum with Arab and Jewish history, all in one frame. This could open the gate for the future.

Preservation, planning and destruction Memory Mizrahim Museums Expulsion of Jews from Arab countries Lifta it's all about people