The village was situated on a hill less than 3 km northeast of the al Quds (Jerusalem)-Jaffa highway, to which it was linked by a secondary road. Other such roads connected it to neighboring villages. Its houses spread over a rocky hill overlooking the coastal plain. It has been identified with the ancient town of Betoannaba, which fell within the administrative jurisdiction of Dispolis (Lydda) during Roman times. In 1956, ‘Innaba was was a village in the nahiya of Ramla with a population of 165. It paid taxes on a number of crops, including wheat, barley, olives and fruit, as well as on other types of produce and property, such as goats, beehives and vineyards. In the late nineteenth century, ’Innaba was described as a village of moderate size, built of adobe bricks and situated on high ground; it was surrounded by olive trees.

‘Innaba's population was primarily Muslim. Except for its older houses, which were built of adobe, most of its dwellings were made of stone and were clustered together. The houses circled a mosque that was dedicated to a Shaykh ’Abd Allah and was built around his shrine.

The village center also contained a number of shops and an elementary school that was founded in 1920 near a shrine honoring the Shaykh ’Isa; in the mid-1940s the school had an enrollment of 168 students. This school was replaced by a newer one in 1938, which acquired about ten dunums of land, and enrolled students from neighboring villages, as well. In 1948, 150 students were enrolled. ’Innaba had twelve grocery stores and two coffee shops. It also had eleven whitewash-making plants that produced about 500 tons of whitewash daily; this was sold in Tel Aviv and other cities.

The older portion of the village was encircled by a wall, and the main entrance to the village was linked to the Jaffa-al Quds highway. Beginning in the late 1930s, two- and threestorey houses were built in the village. Construction increased during the final years of the Mandate, and houses were built along the roads linking ‘Innaba to other villages, and on agricultural land as well. The village was ringed by trees, such as figs and olives, and grapevines. Each hamula (clan) owned a diwan (a common reception hall), which served as a gathering place in the evenings and on special occasions, such as weddings.

‘Innaba was considered the center for the neighboring villages, such as al-Barriya and al-Qubaya, because it had services, such as school and a grain mill, that were not available in other villages. Some villagers went to al-Ramla to market their produce, and a number of workers from ‘Innaba  were employed in al-Ramla. Agriculture and animal husbandry were the mainstays of ’Innaba’s economy. The most important crops were grain, vegetables, citrus, sesame and olives. In 1944/45 a total of 111 dunums was devoted to citrus and bananas and 10,626 dunums were allotted to cereals; 511 dunums were irrigated or used for orchards.

Occupation and Depopulation
The village was first attacked during Operation Yoram, the fourth assault on the al-Latrun area, on 8-9 June 1948, according to the History of the War of Independence. The attack was carried out by the Yiftach Brigade in order to divert attention from attempts to occupy al-Latrun. But ’Innaba was not occupied until the following month, during Operation Dani. The villagers evacuated women and children from ‘Innaba after the initial attacks, so that when the final attack came, on 10 July, on 200 men were left inside the village. The Israeli troops attacked from three sides, leaving the villagers an escape route to the northeast. At 1:00 A.M., when the poorly-armed defenders of ’Innaba ran out of ammunition, they left in that direction.

The houses of ‘Innaba were systematically blown up on the same day, on orders from Israeli army headquarters. The Yiftach and Eighth brigades were instructed to blow up most of the houses, leaving nine intact to accommodate a small garrison.  These remaining houses were used until 1952, when the Israeli army dynamited and bulldozed them as well.

Israeli Settlements on Village Lands
The settlement of Kefar Shemu’el was established on village land in 1950. It was named after the American Zionist leader Dr. Stephen (Shemu’el) Wise.

The Village Today
The site, which overlooks the al Quds-Tel Aviv highway a few km from al-Latrun and its abbey, is fenced off and is difficult to enter. It is covered with heaps of rubble and overgrown with vegetation, including cactuses and stunted olive and Christ’s-thorn trees from the pre-1948 period. In addition to the rubble of houses, the debris from the school and the local headquarters of the Arab Palestine Party are visible. In the cemetery, the tombs of Hasan Badwan and ‘Ayish Badwan are prominent because of their stone super-structures. A Christ’s-thorn tree rises amidst the rubble of the former house of Muhammad Tummalay, and a denuded mulberry tree stands amid the rubble of Muhammad ’Abd Allah’s house. The surrounding land is cultivated but remnants of the old agriculture remain, such as the groves of ’Ali al-Kasji, with their olive and pomegranate trees and cactus clusters, and the olive trees on the land of Abu Rumana. A deserted well with a heap of stones around its mouth lies in the section of the village formerly referred to as al-’Attan.
---------
Source: al-Khalidi, Walid (ed.). All that remains: the Palestinian villages occupied and depopulated by Israel in 1948. Washington DC: 1992. 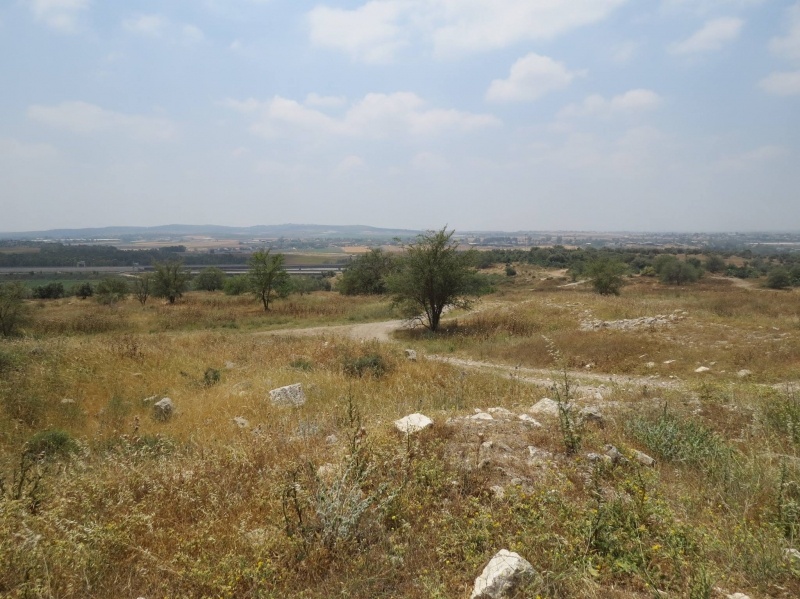 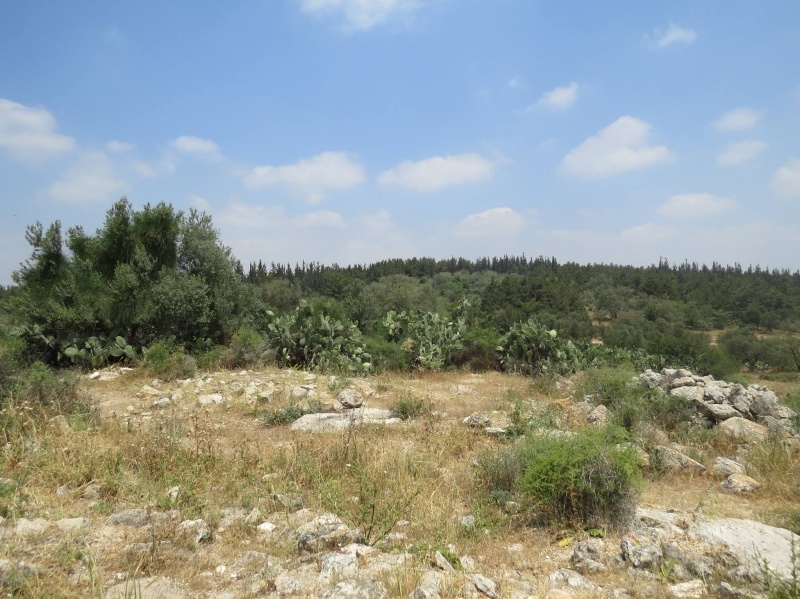 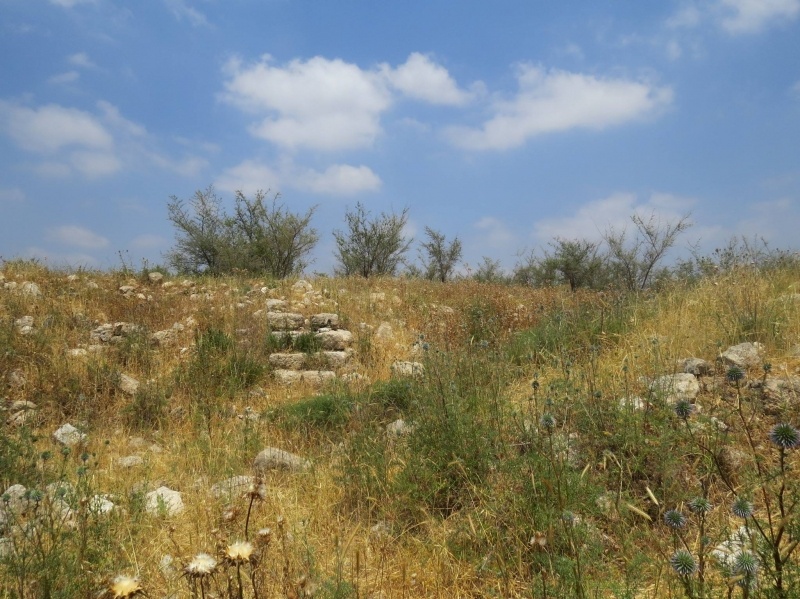 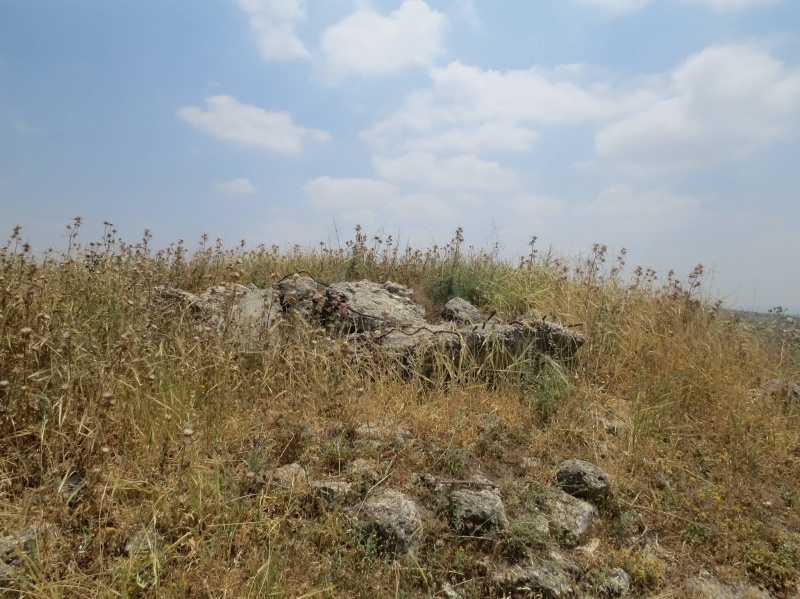 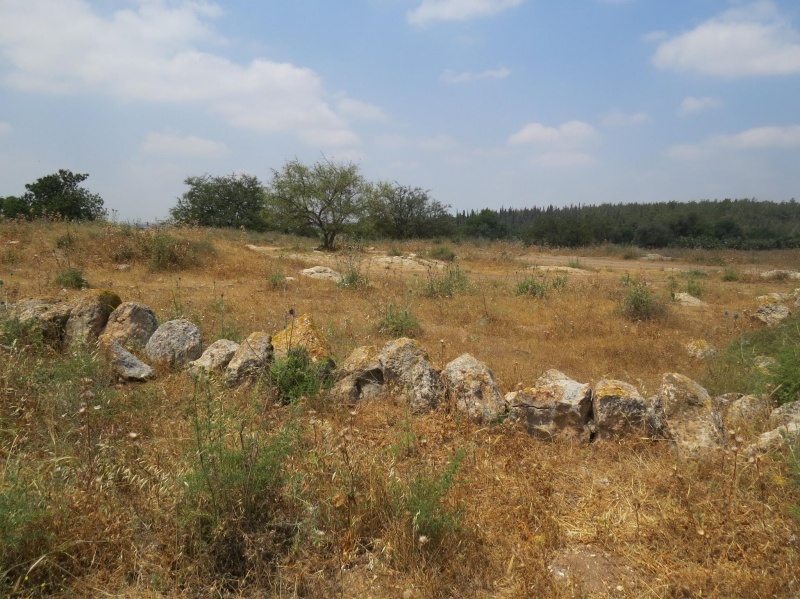 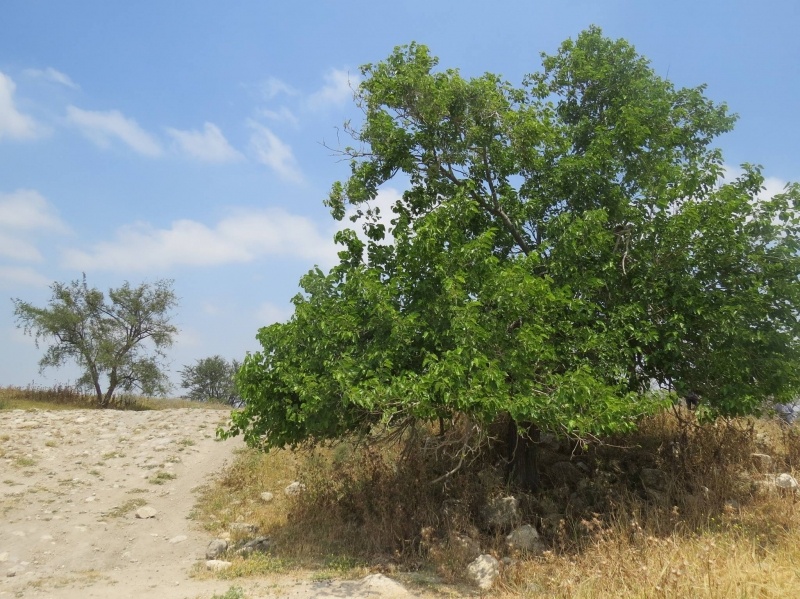 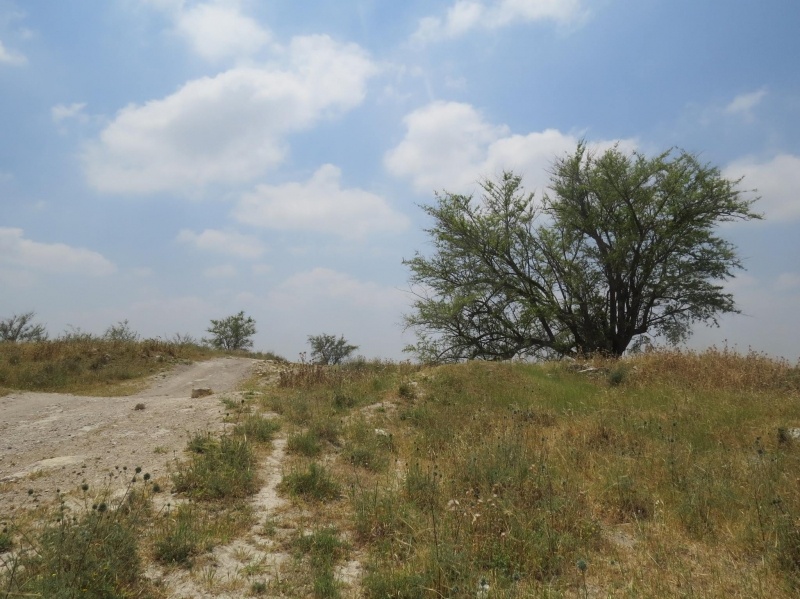 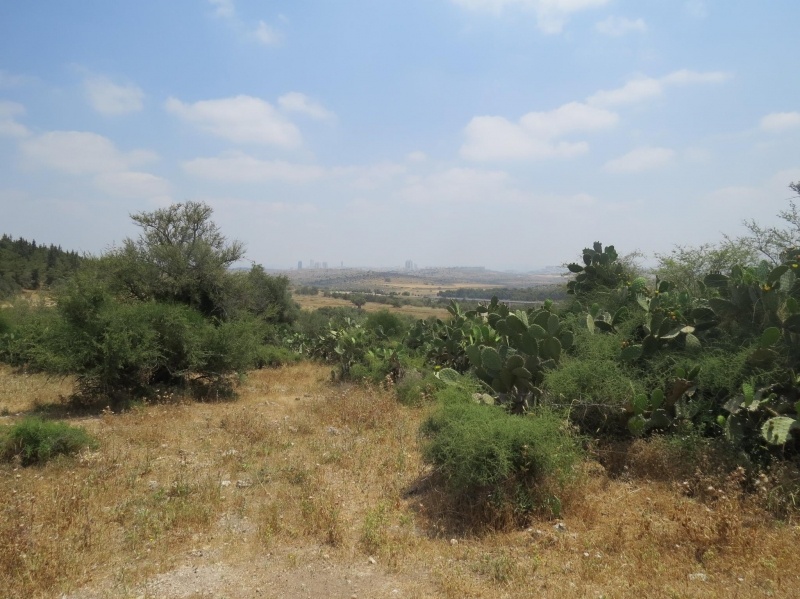 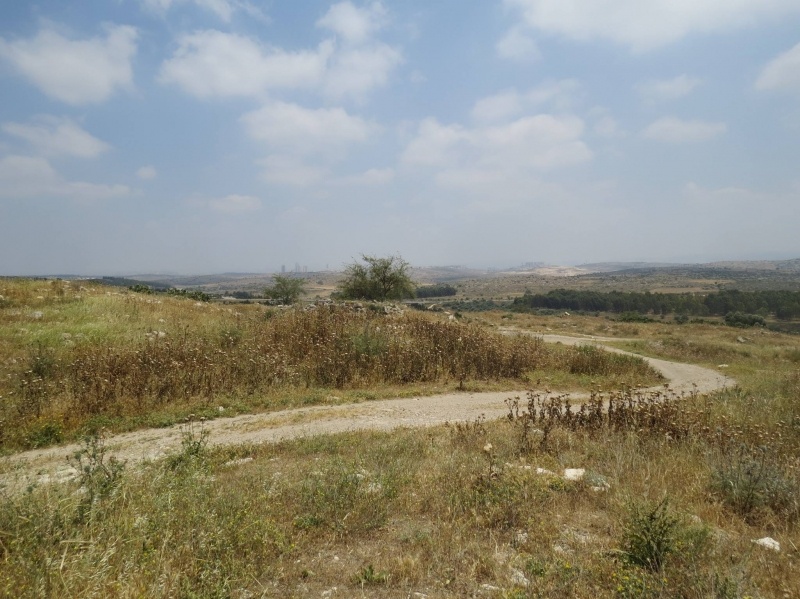 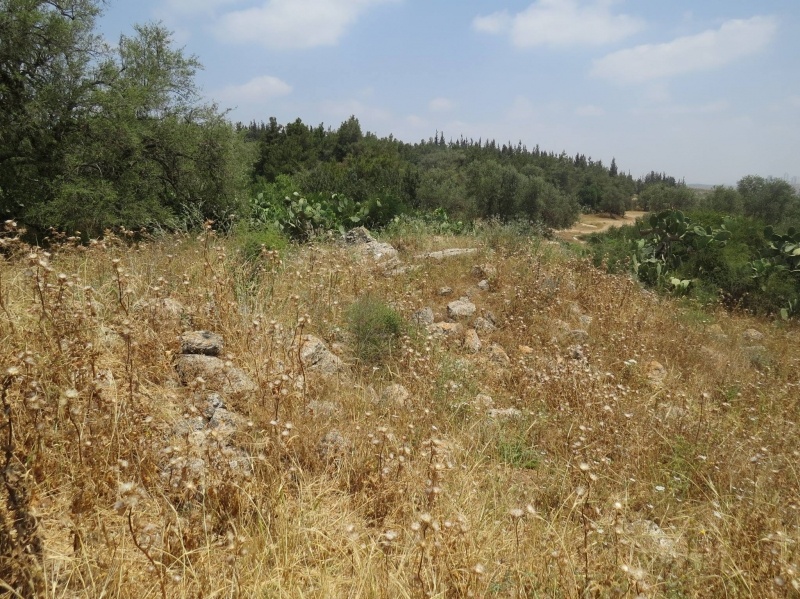 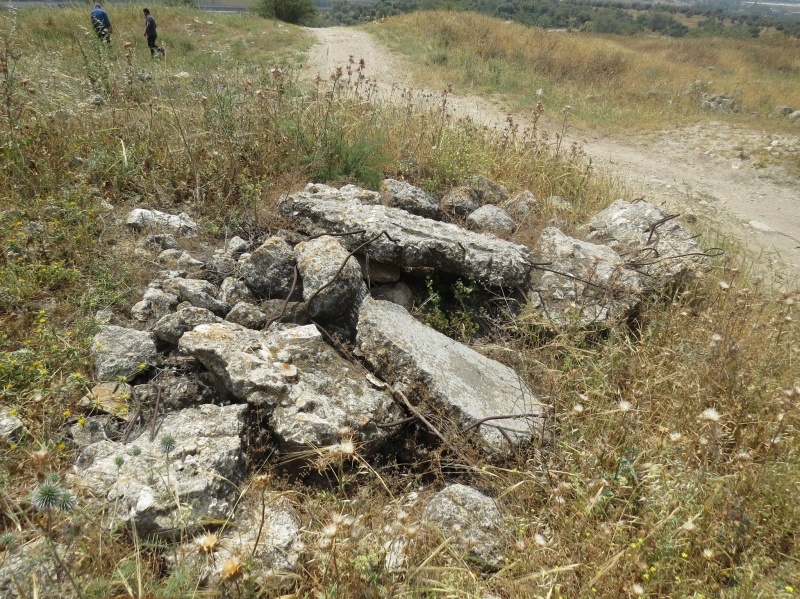 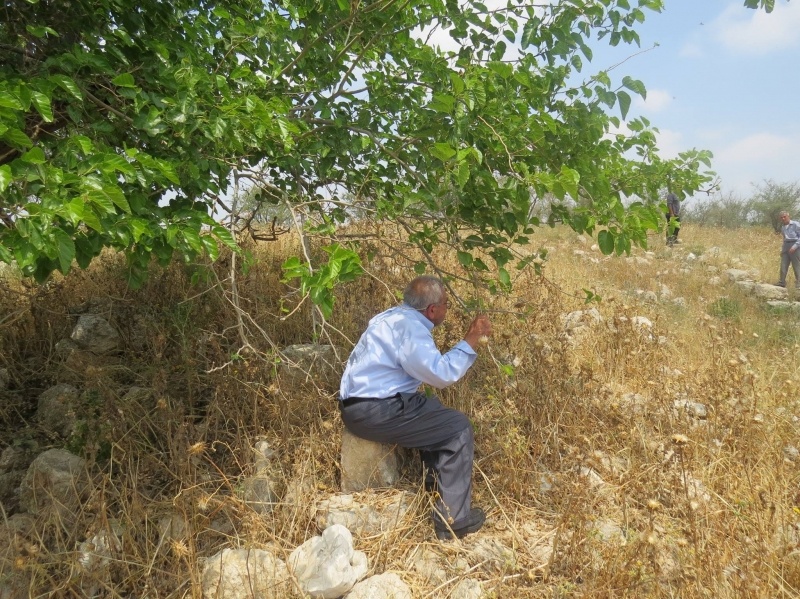 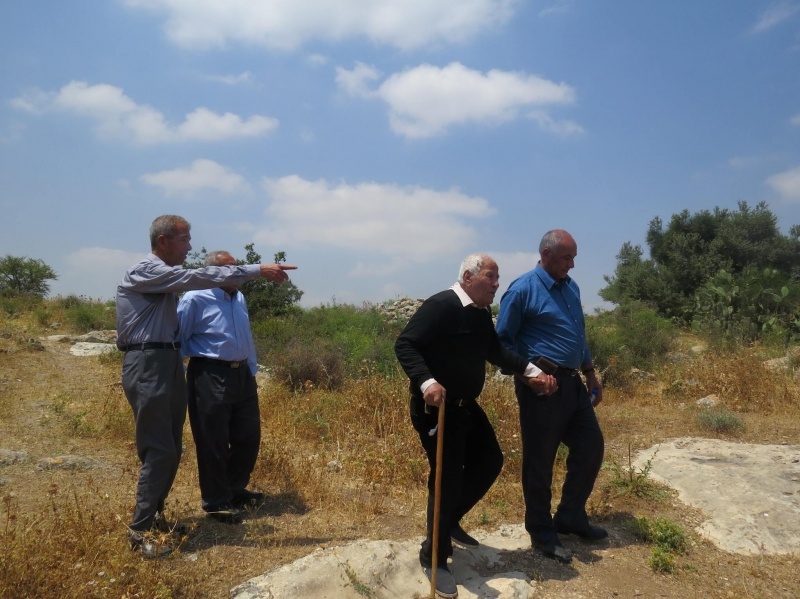 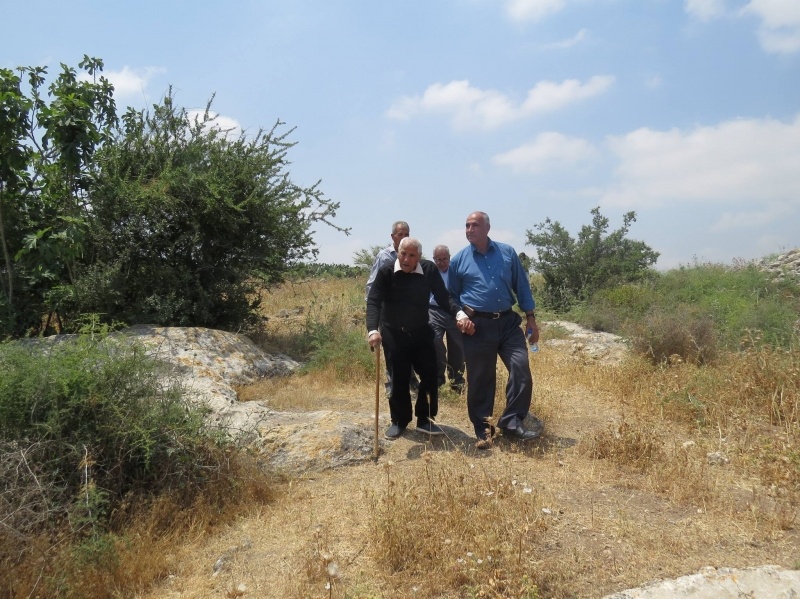 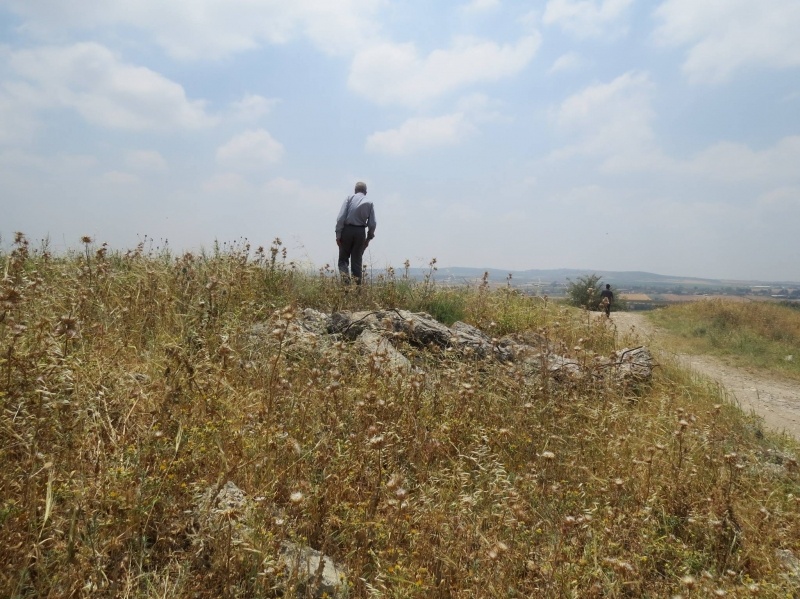 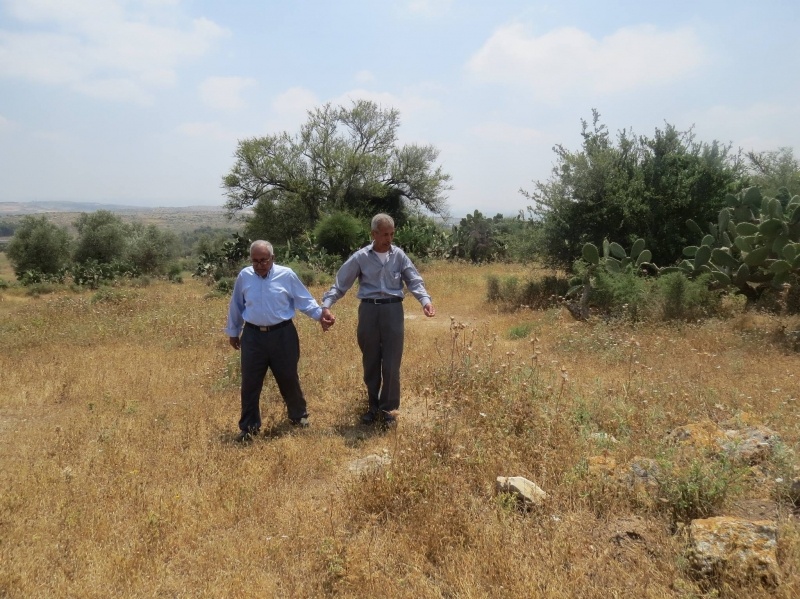 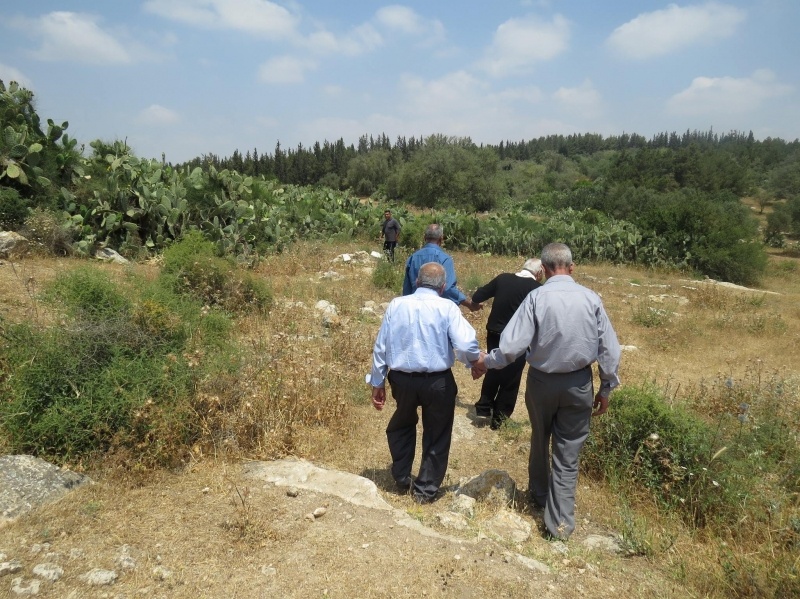 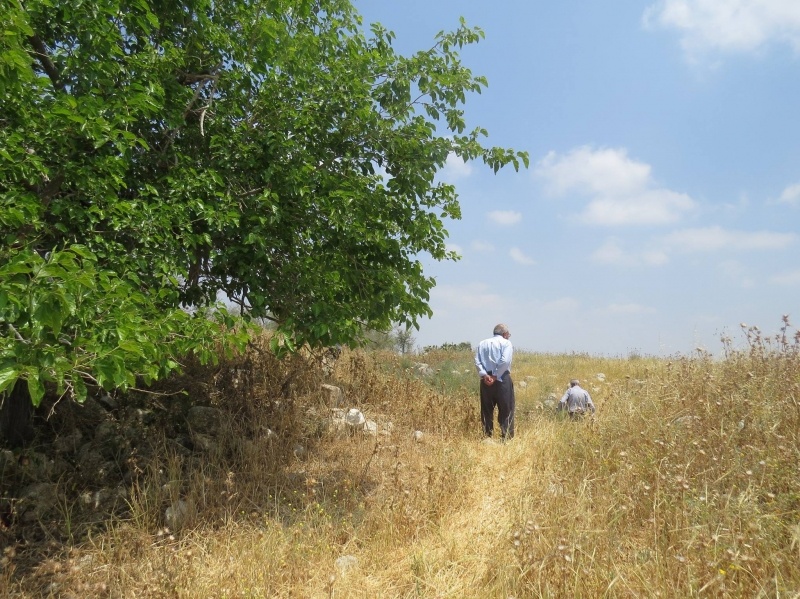 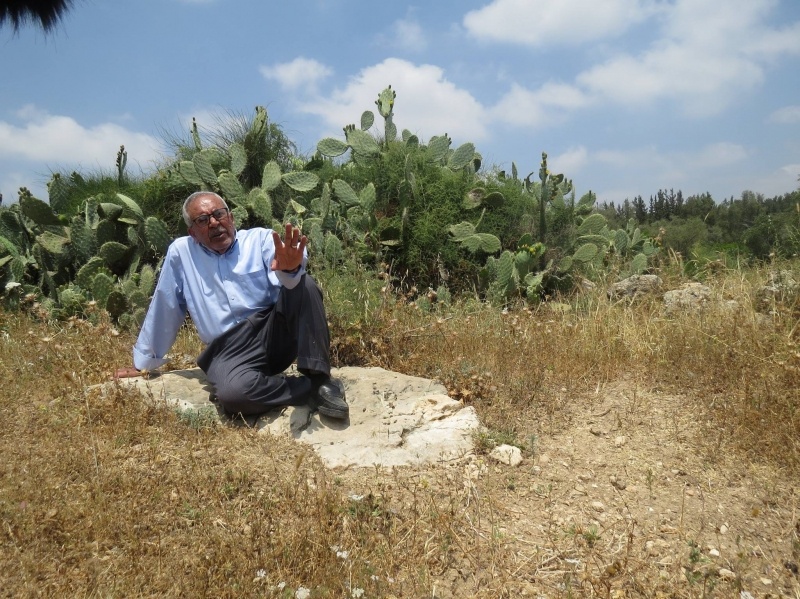 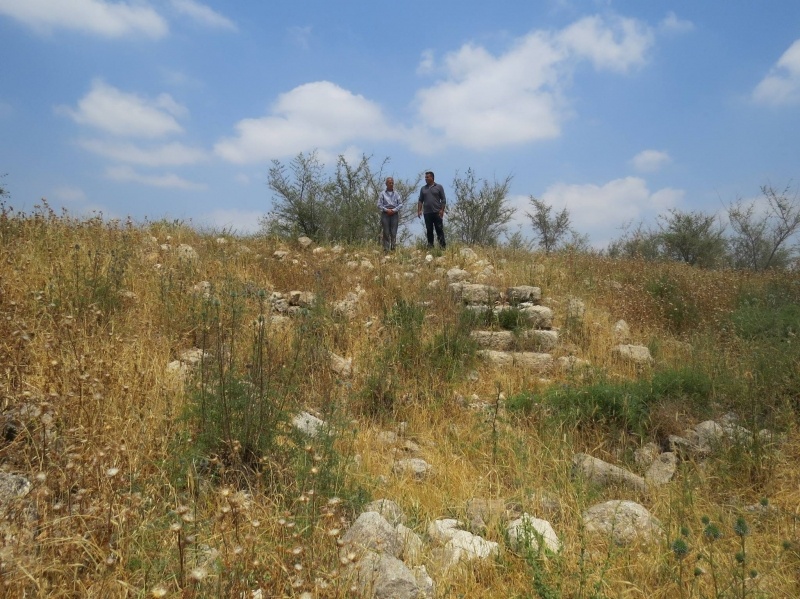 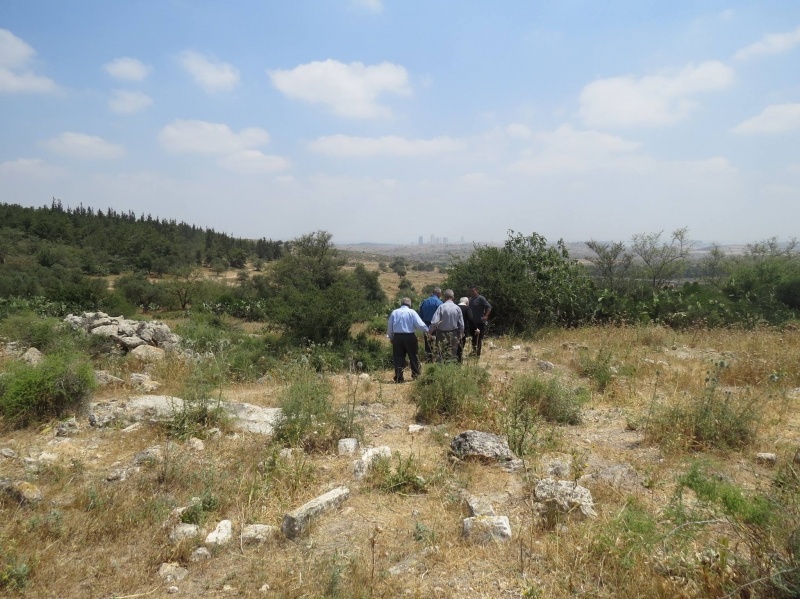 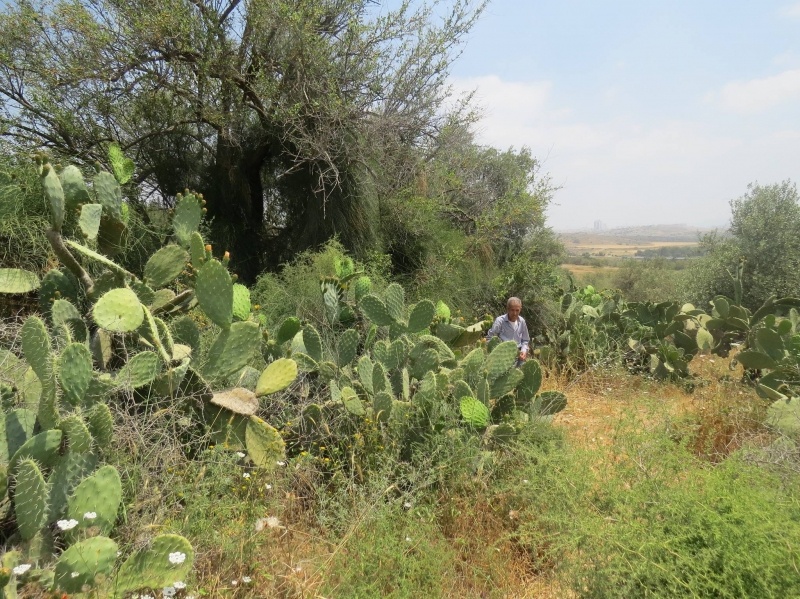 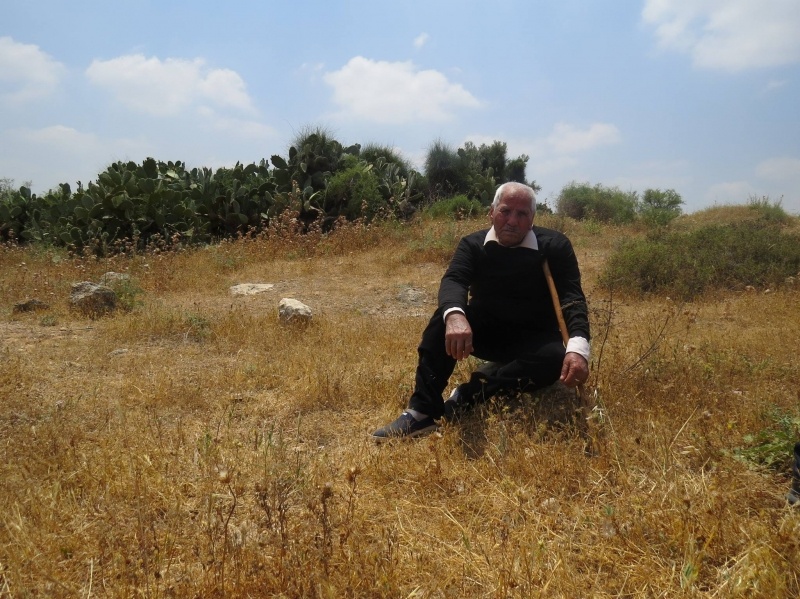 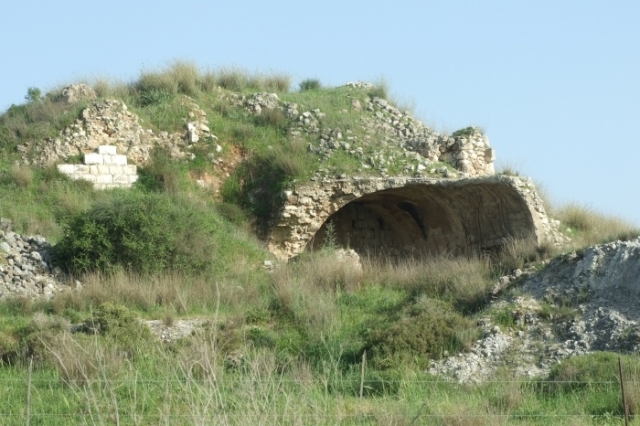 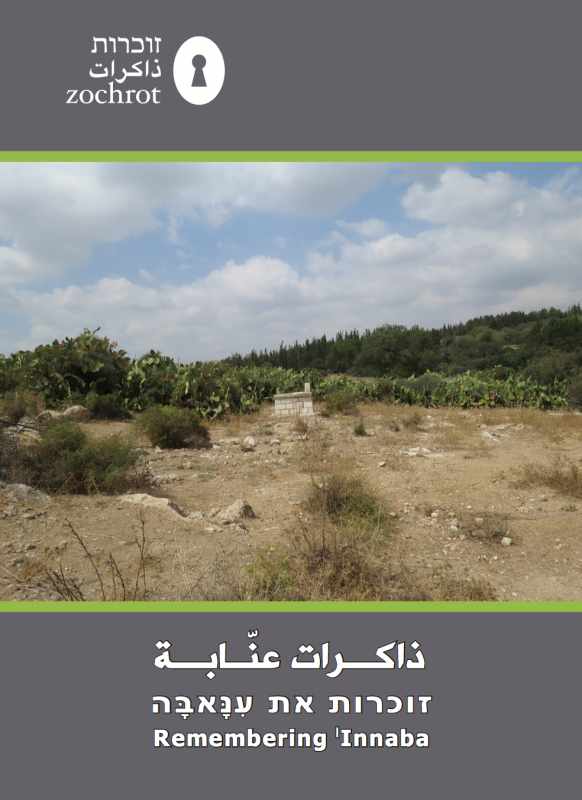 From Jerusalem and al-Jalazone Refugee camp to Innaba (Full Tour)