‘Ayn al-Zaytun Before 1948
The village was situated on the western slope of Wadi aI-Dilb, next to the highway leading to the city of Salad. Wadi al-Dub may have been the wadi that the Arab geographer al-Dimashqi (d. 1327) called Wadi Dulayba, which he described as lying between Mirun and Salad. He said that water gushed from a spring there for one or two hours (allow­ing people to collect drinking water and wash), and then abruptly retreated.  In fact, the village name, which was Arabic for “spring of the olives,” did indicate that a spring of some kind was in the vicinity. In 1596, ‘Ayn al-Zaytun was a village in the nahiya of Jira (tiwa’ of Salad) with a population of 622. It. paid taxes on a number

of crops, including wheat, barley, and olives, as well as on vineyards and orchards.
In the late nineteenth century, visitors reported that ‘Ayn al-Zaytun was a stone-built village located on top of a hill north of Salad. The village, which had an estimated population of 200 to 350, was surrounded by arable land.  Because of its proximity to the district capital, ‘Ayn al-Zaytun was considered a suburb of Salad. As the village grew, stone houses were built to the south, in the direction of Salad. The entire population was Muslim. ‘Ayn al-Zaytun had an elementary school and a mosque. The villagers cultivated olives, grain, and fruit, especially grapes. Agriculture was dependent upon rainfall, but the villagers drew their drinking water from a well and a spring which lay 800 m due north. In 1944145 a total of 280 dunums was allotted to cereals; 477 dunums were irrigated or used for orchards.

Occupation and Depopulation
Zionist forces attacked ‘Ayn al-Zaytun well before they suc­ceeded in occupying it. The New York Times reported that early on the morning of 3 January 1948, a raiding party killed one villager and bombed four houses, and that firing continued in the neighborhood during the rest of the day. Later, as a prelude to the occupation of Salad during Operation Yiftach (see Abil al-Qamh, Salad District), Palmach troops approached ‘Ayn al-Zaytun from the north and occupied it on 1 May 1948.

As the villagers later recalled, the bloody events in the village began at 3:00 A.M. with a barrage of mortar fire from eleven mortars, followed by a ground assault by two platoons. Villagers interviewed in 1973 said that the village men who had weapons decided on a tactical retreat, but the rest of the villagers decided not to leave their homes. When Israeli troops entered the village, the villagers were rounded up. The men among them were taken away and the rest were humiliated and expelled while shots were fired over their heads, accord­ing to the villagers’ testimony and Israeli sources. As for the men, some were later expelled and enabled to join their fami­lies, but thirty-seven of them, selected at random, were taken captive. According to Israeli historian Benny Morris, they were probably among a group of seventy people later massa­cred in a gully between ‘Ayn al-Zaytun and Salad under orders from Moshe Kelman, the commander of the Paknach’s Third Battalion. Morris reports that Kelman had some difficulty in finding soldiers who were willing to carry out the killings, but eventually entrusted the task to two men.

After the prisoners were killed, and in anticipation of a Red Cross visit to the area, he ordered their hands to be untied, to conceal the fact that the killing had been done in cold blood.
Several villagers attempted to return to their homes over the next couple of days but were fired upon by the Palmach; one of them was killed, according to Morris. As for the village houses, they were burned or bloWn up by Palmach sappers on 2 and 3 May. The destruction was carried out partly in order to terrify the inhabitants of Salad, who could watch the spectacle from nearby hills. The sight of the village being leveled had a demoralizing effect in the city, as well as in the surrounding villages of eastern Galilee.

The Village Today
The rubble of destroyed stone houses is scattered through­out the site, which is otherwise overgrown with olive trees and cactuses. A few deserted houses remain, some with round arched entrances and tall windows with various arched designs. In one of the remaining houses, the smooth stone above the entrance arch is inscribed with Arabic calligraphy, a fixture of Palestinian architecture. The  well and the village spring also remain. 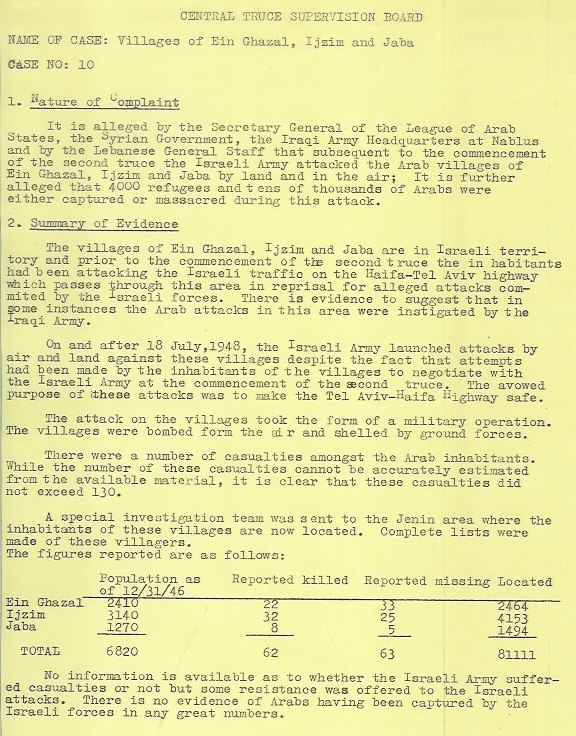 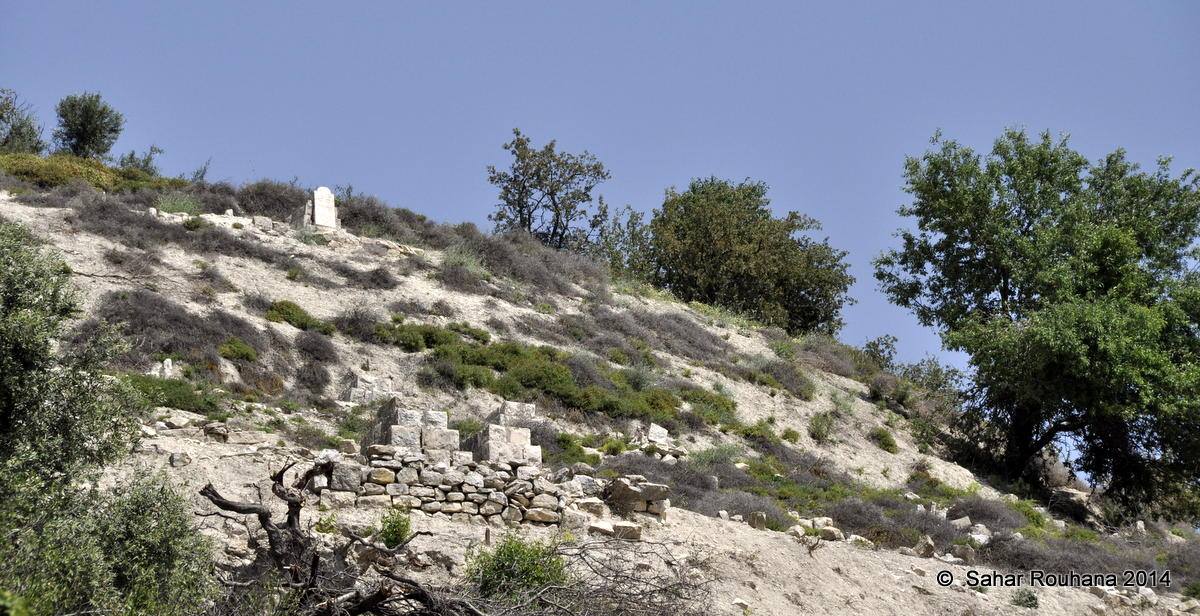 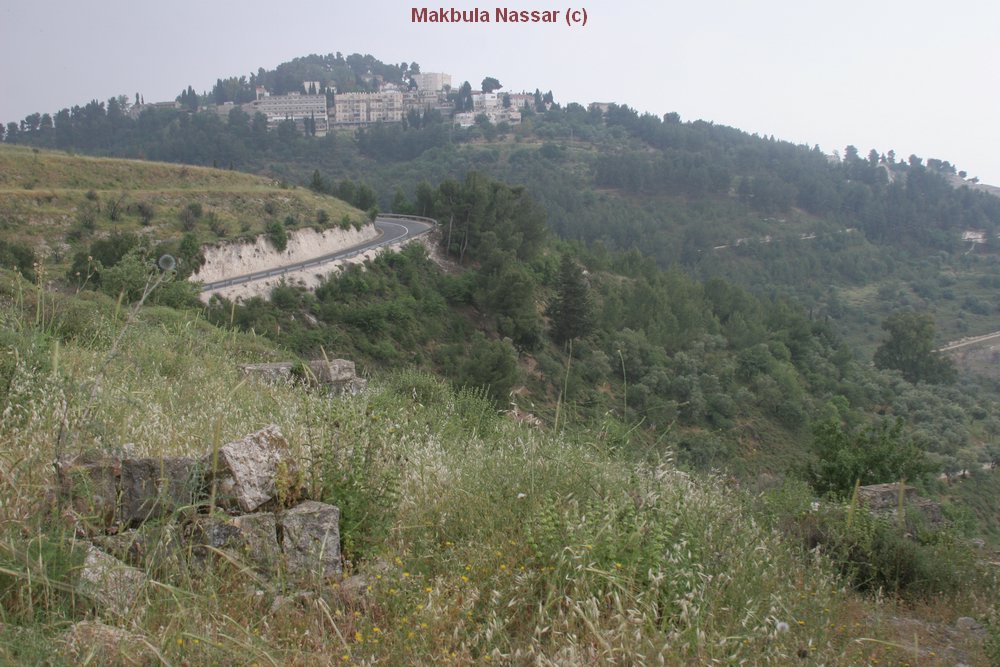 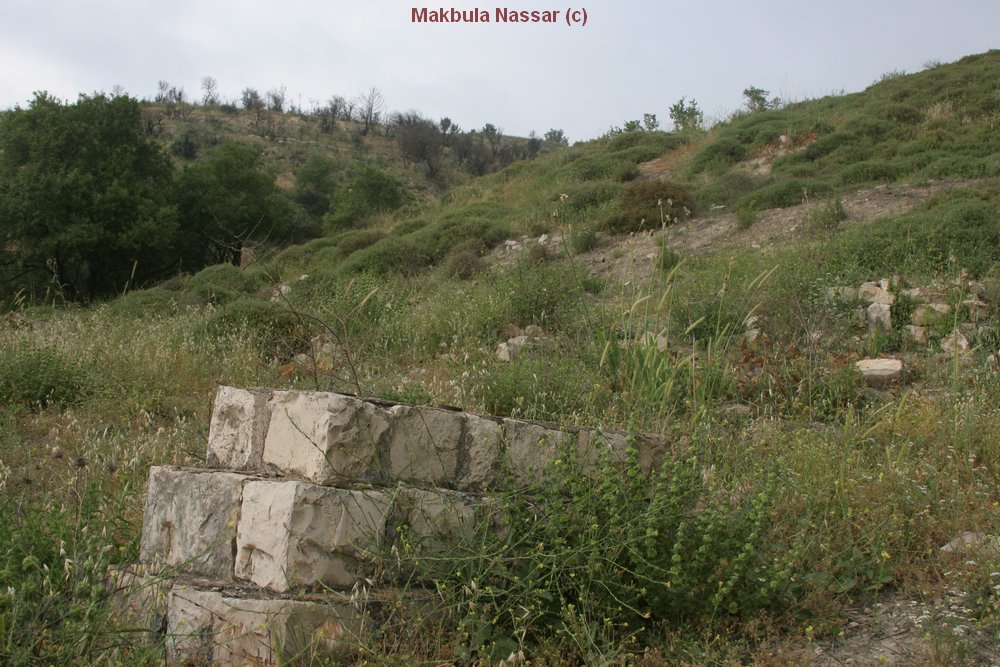 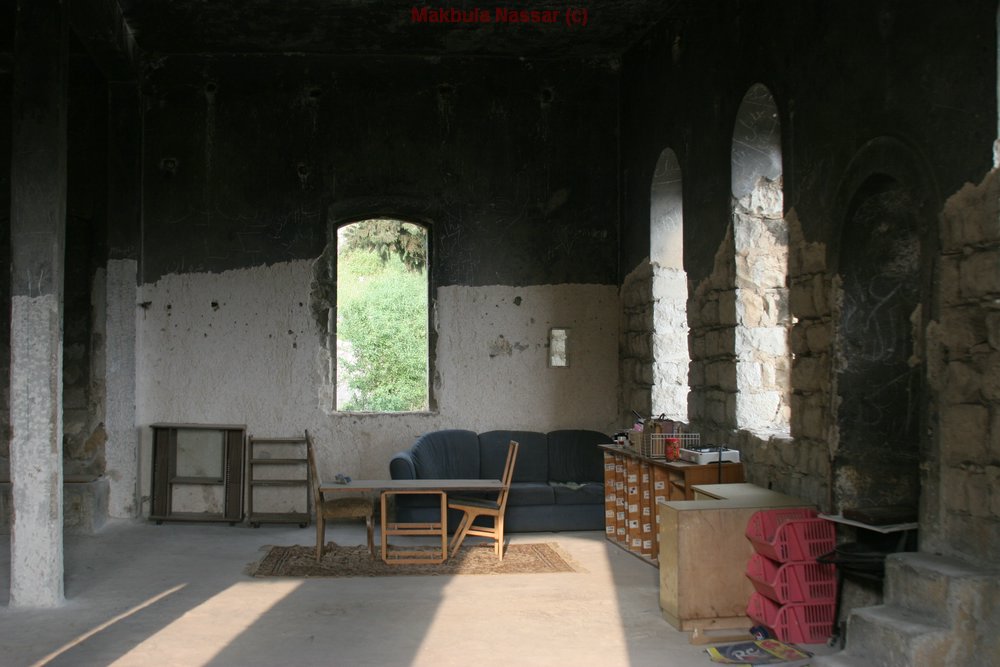 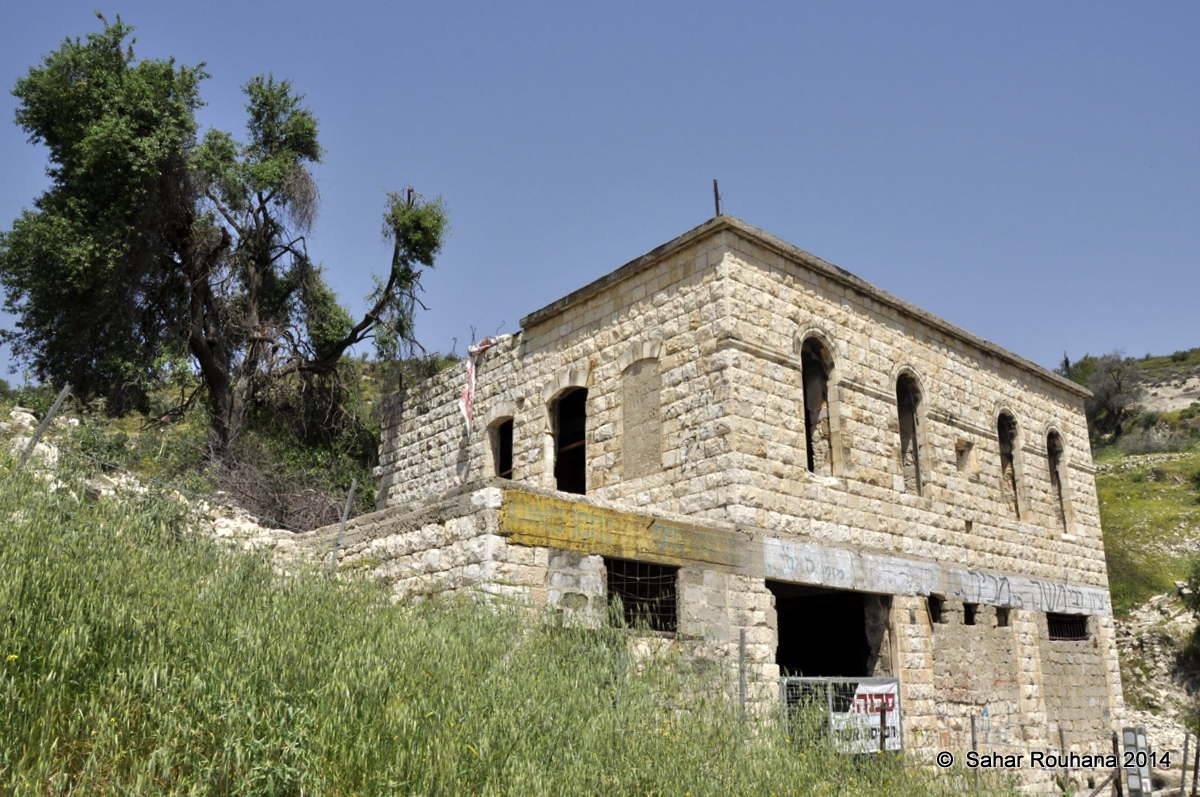 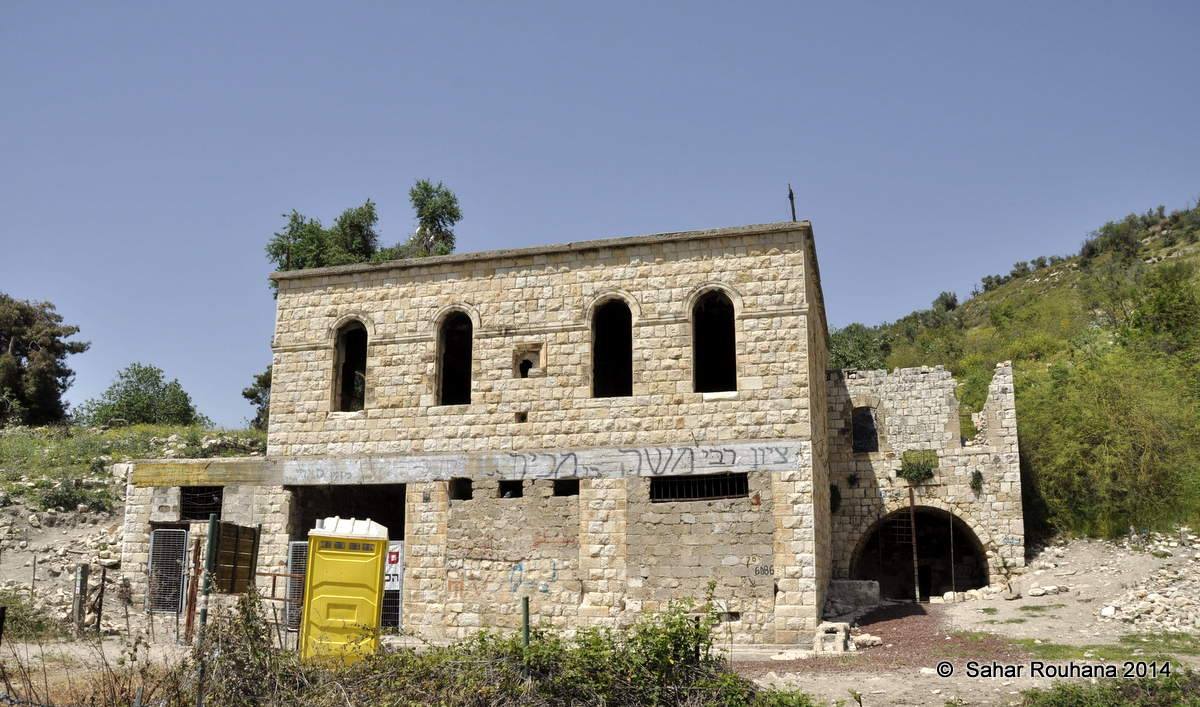 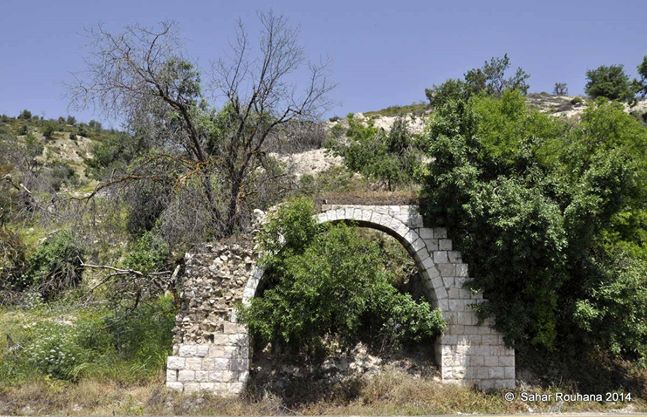 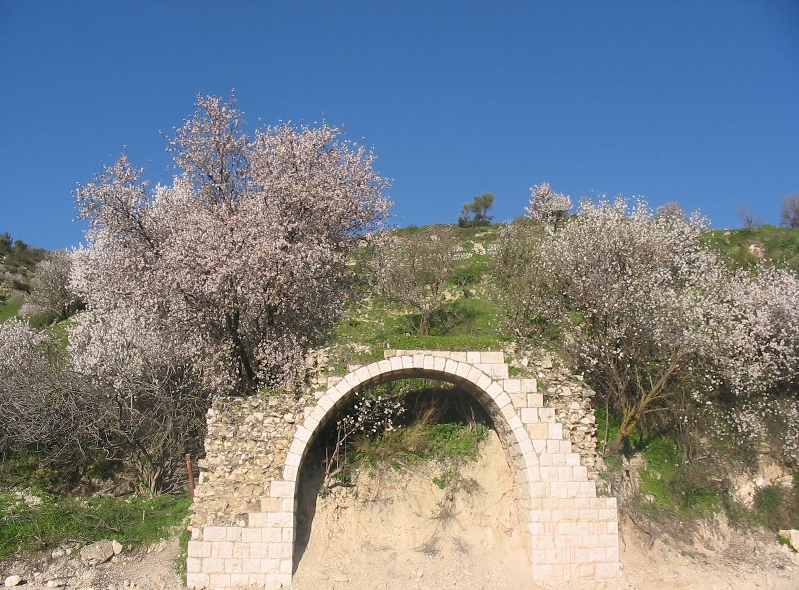 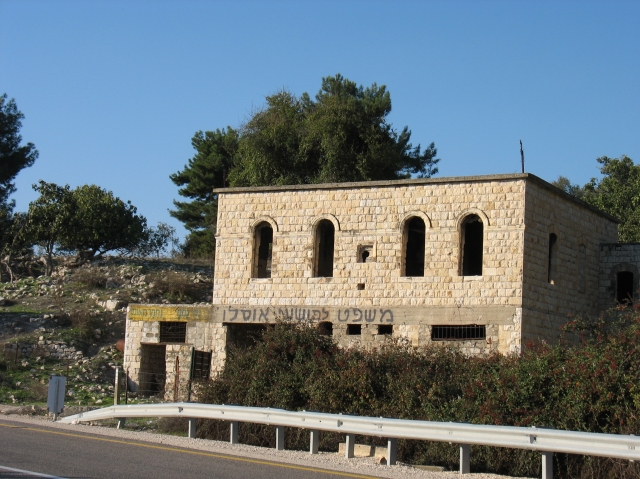 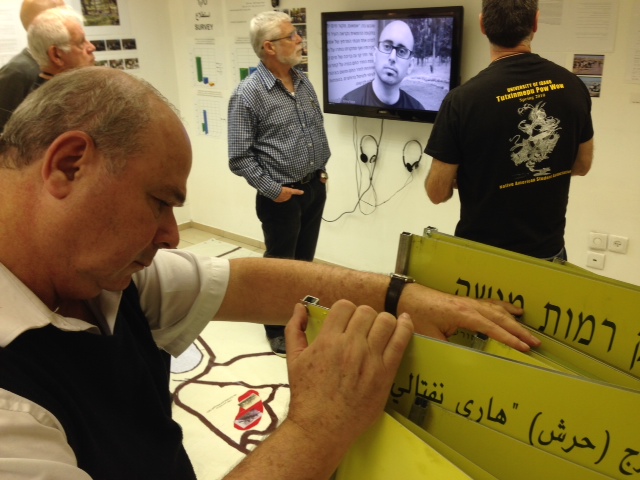 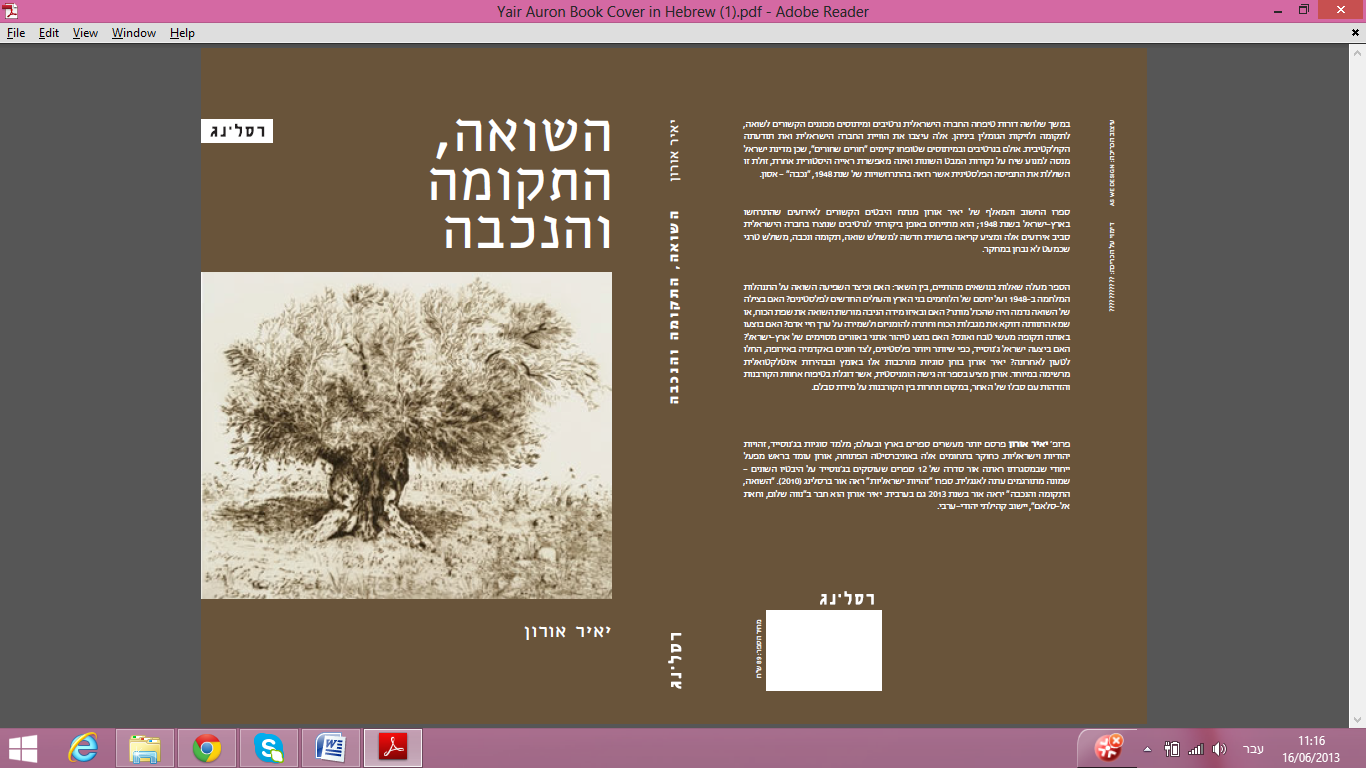