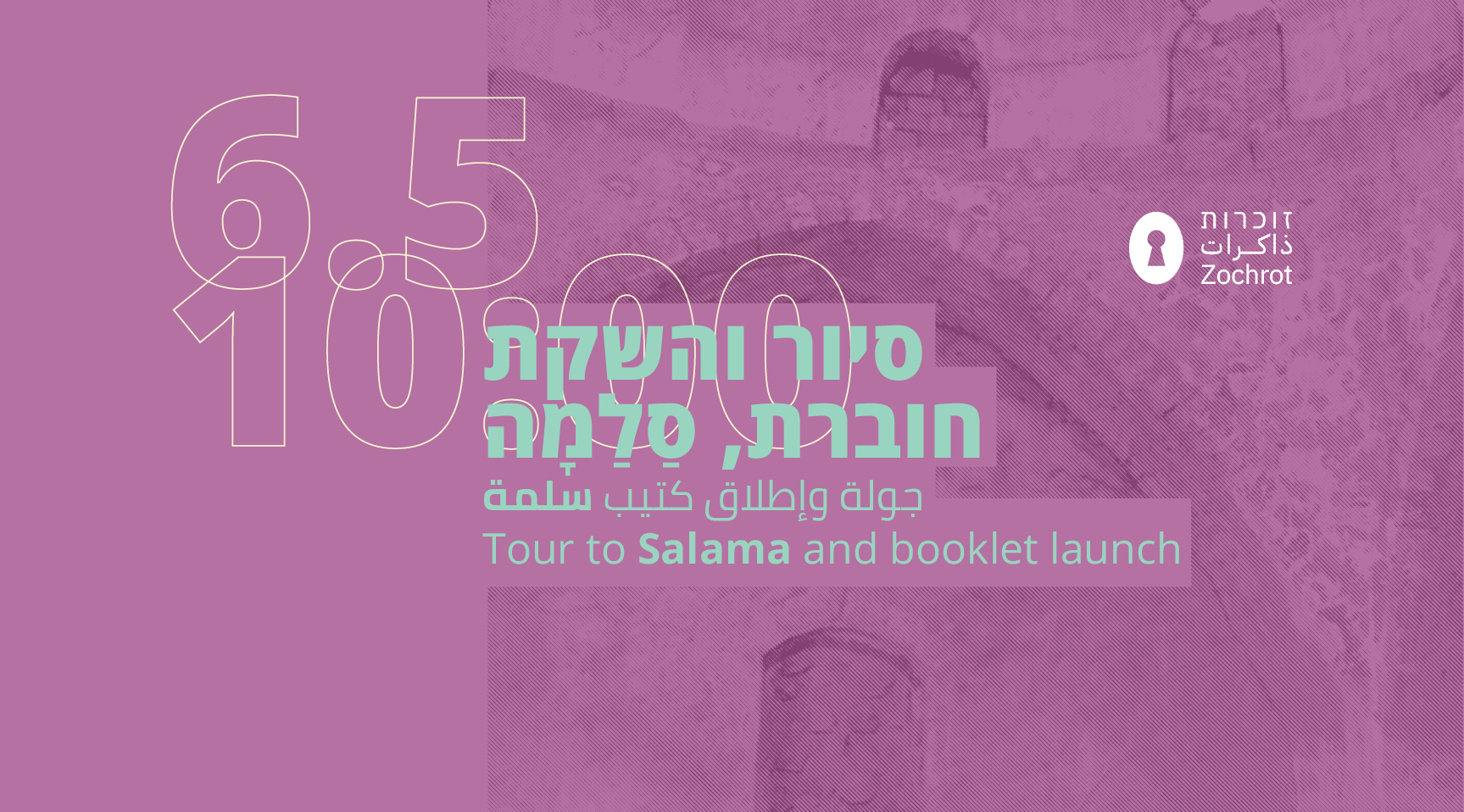 In 2020, a Nakba study group formed as part of Zochrot’s workshop “Decolonizing TLV | Research. Recognition. Redress”. The group learned about the Nakba in the Yaffa (Jaffa) governorate, identifying the signs of Palestinian life and their ongoing erasure from space, deepening the process of taking responsibility for the ongoing Nakba and the aspiration to realize the refugee return. As part of the group’s final joint action, it was decided to pay tribute to the village of Salame, whose refugees and their offspring still live in refugee camps, in the diaspora, and also among us – internally displaced persons within the 1948 borders, in the occupied West Bank and in the besieged Gaza Strip.

In the course of this tour, we will launch the booklet “Remembering Salame”, where the group offers a glimpse on a place that is a village, an idea, a witness, a remnant and a home. A place the struggle for which lives on in the form of the striving for the liberation and return of the Palestinian population, and the attempt to ensure a decent life for the Jewish inhabitants who have happened by and made it their home.

Events and activities on Return About Palestinian villages