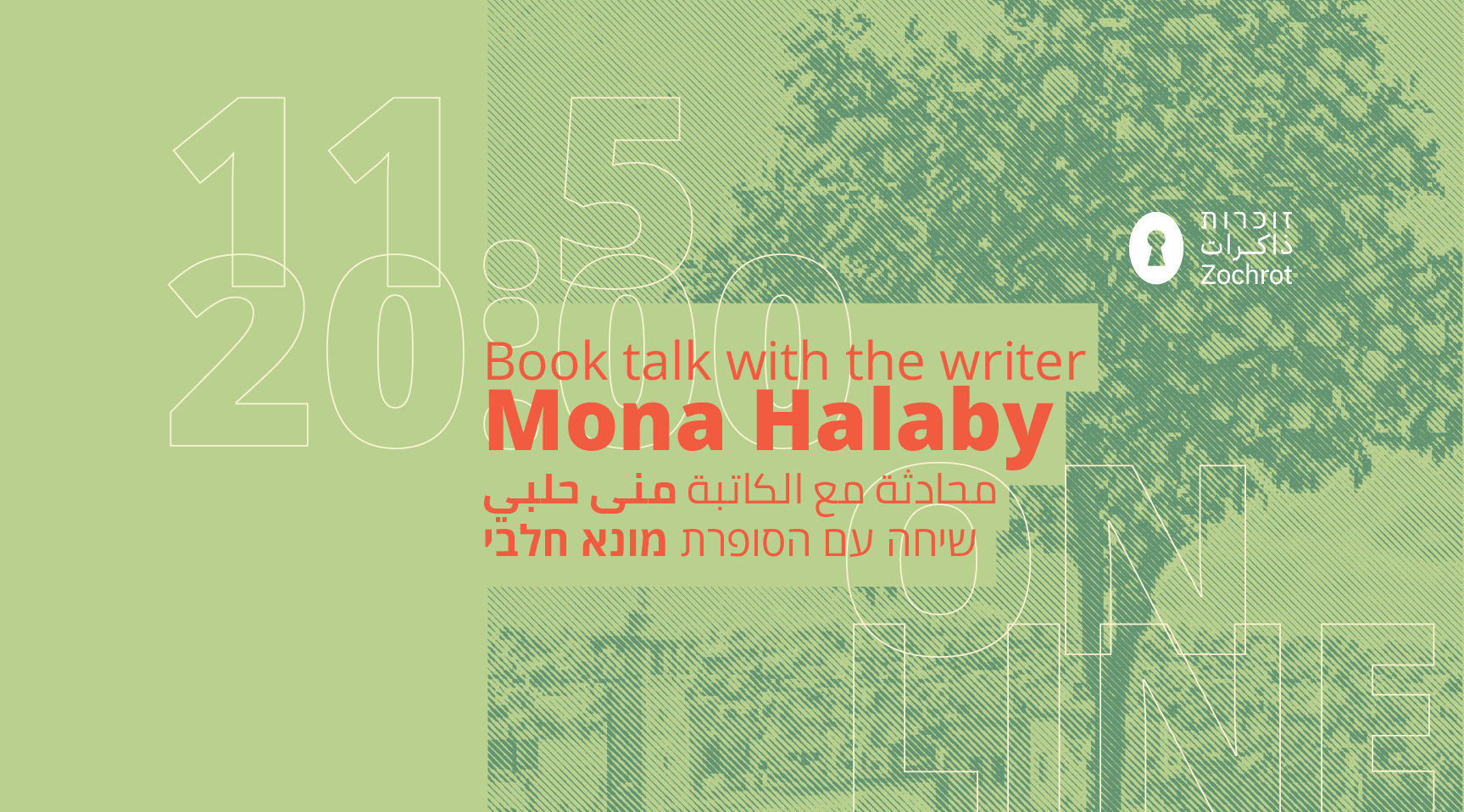 Join us online for a talk with acclaimed educator and writer Mona Hajjar Halaby about her book “In my mother’s footsteps: a Palestinian refigee returns home.” Halaby’s mother, Zakia, was born in Jerusalem and like hundreds of thousands of Palestinians, was forced to leave in 1948 because of the Israeli occupation. In the book, Mona writes about her return to Jerusalem to retrace her mother’s memories in a militarized and occupied city.

Mona will be talking about her memoir with Mahmoud Muna, “The bookseller of Jerusalem”, a cultural activist born and raised in Jerusalem who manages the educational bookshop at the American Colony, one of the city’s most treasured cultural institutes.

The talk is part of Zochrot’s “Ten Days of Return” series - events and activities to highlight Palestinian right to return and Israeli responsiblity between May 5th, Israeli “Independance” day and May  15th, Nakba Day.

To join the event over Zoom please register here

Mona Hajjar Halaby is a Palestinian American educator and writer residing in California. She is interested in the social history of Palestine, especially in the first half of the twentieth century, and has published several articles on that period in the Jerusalem Quarterly. Her archive of old photographs of Jerusalem and its people is on Facebook at “British Mandate Jerusalemites’ Photo Library.” She is a consultant, researcher, and tour guide in the Jerusalem, We Are Here interactive documentary. Her memoir In My Mother’s Footsteps: A Palestinian Refugee Returns Home was published in August 2021 by Thread.

Mahmoud Muna, was born in Jerusalem and schooled in its refugee camp where his dad taught for 4 decades. He finished his studies for the first and second degree in London, with professional training in communication. Nowadays, Mahmoud is a main reference point for culture in the city and is known to many as The Bookseller of Jerusalem, he helps in running the famous Educational Bookshop in Jerusalem, as well as the prestigious bookshop in the American Colony Hotel. His interests lay somewhere between culture, languages, and the politics of identity. When he is not reading, Mahmoud is a regular commentator for media interlocutors and local political discussions. He also is the main coordinator of several cultural and literary events in Jerusalem, as well as an avid critic in writing book reviews to local and international periodicals.