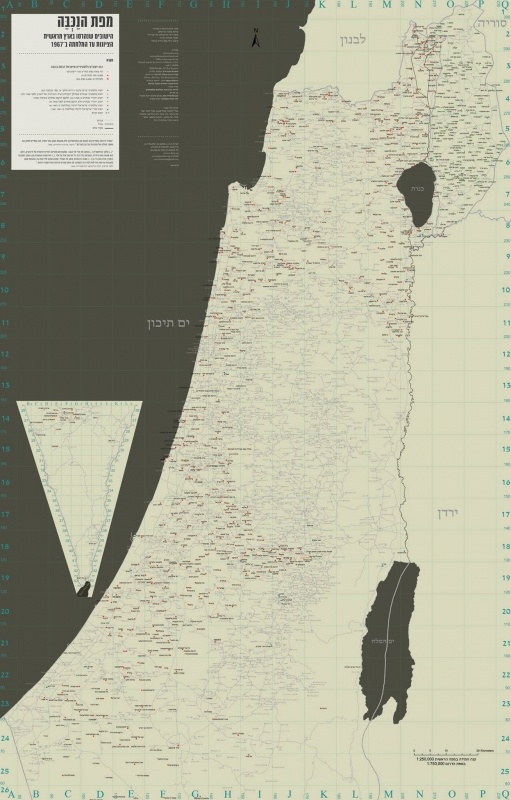 Zochrot presents the first Nakba map in Hebrew.
It includes the localities in the country that were destroyed between the beginning of Zionist colonization and the 1967 war.

You can click on "The Nakba Map" file above to open it. Click ctrl + to enlarge it (ctrl - to reduce it). It's in Hebrew.

The file "Tables with information about the localities on the map" is on the back side of the printed map. You can open it too. It's in Hebrew.

"For Europe we would constitute over there (in Palestine) part of a bulwark against Asia as well as the advance post of civilization against barbarism. As a neutral state we would have relations with all of Europe, which would guarantee our existence."
Theodore Herzl, Judenstaat, 1896

"The face of the angel of history is turned toward the past. Where we perceived a chain of events, he sees a single catastrophe which keeps piling wreckage ... A storm is blowing from Paradise; it has got caught in his wings with such violence…. This storm irresistibly propels him into the future to which his back is turned, while the pile of debris before him grows skyward. The storm is what we call progress.
Walter Benjamin, Theses on the Philosophy of History, 1940