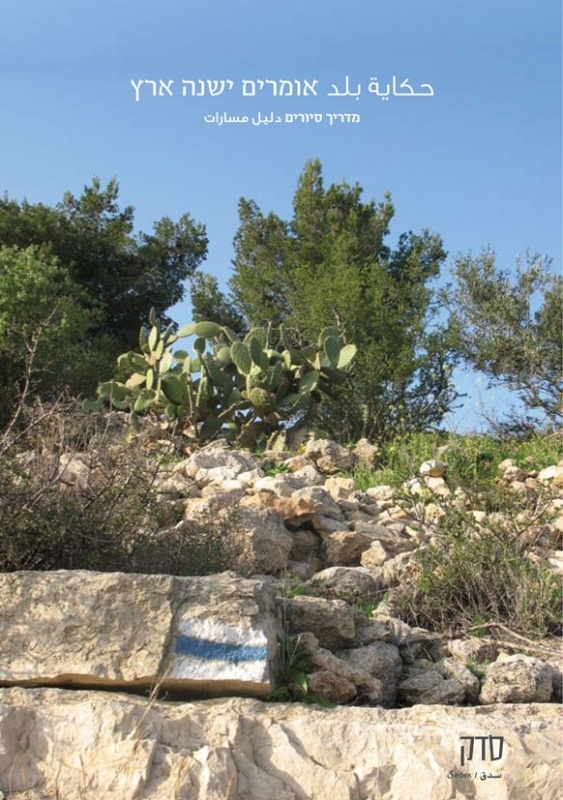 What's hidden behind the stone wall on the corner of Tel-Aviv's Arlozorov and Even Gabirol Streets? What is the pile of stones near Highway 1 on Motza curve? And why is a minaret doing in the middle of Yahud's main street?

Omrim Yshna Eretz – Once upon a Land – offers 18 tours in Palestinian neighborhoods and villages whose inhabitants were expelled by Israel during the Nakba and largely destroyed. The tours lead the reader to places that used to be, and whose ruins we often encounter, albeit without always knowing their significance. From A-Zib Achziv in the north to Bir Saba' Beersheba down south, the tours reveal to the reader and traveler a hidden layer in the country's landscape, breathing new life into those familiar yet often mysterious remains, abandoned houses and crumbling walls.

The tour guide is published by Sedeq: A Journal of the Nakba that is here – collaboration between Zochrot, Pardes Publications and some forty writers and photographers.

Unfortunatly, We ran out of all copies. You are invited to download the tour routes as a PDF from the site.