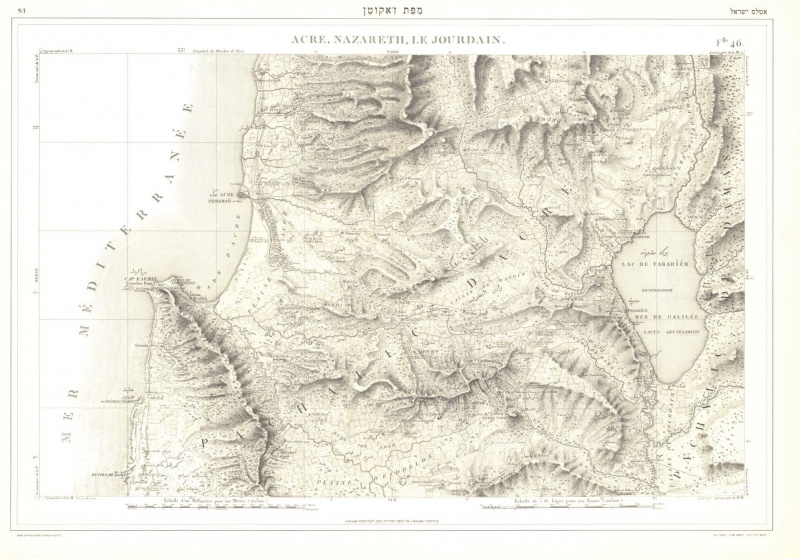 Pierre Jacotin, 1764-1829, a French mapmaker and colonel in Napoleon’s army.  In 1799, on Napoleon’s orders, Jacotin and a staff of engineers prepared 47 maps of Libya, Egypt, Sinai and Palestine. Six of those maps (nos. 37 - 43, and an index map) describe portions of Palestine, in particular the areas through which Napoleon’s army passed.  These are the first topographical maps of the country prepared using 19th century surveying instruments. These maps, at a scale of 1:100,00, show both permanent and temporary topographical features.  The permanent features are shown in an innovative manner, such as dotted contour lines to indicate elevation, and place names in French and Arabic. The preparation of the maps took a number of years, and continued even after the French withdrew from Egypt and Palestine. The maps, known as the “Jacotin Atlas,” were published in 1826 and are an important source of information about the country.