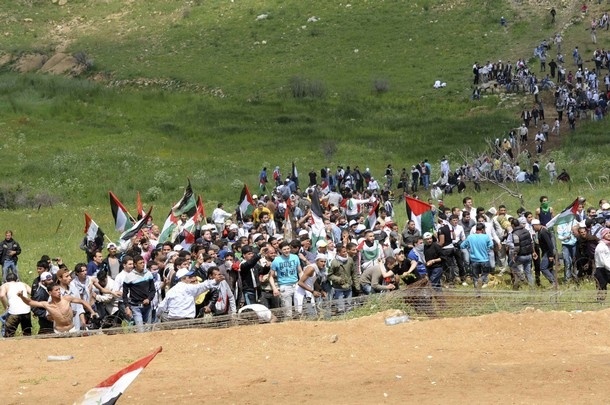 Without Return, Palestine Will Not Be Free.

Many often express solidarity with Palestinians speaking only about ending the occupation that started in 1967, ignoring the root of the problem: the ethnic cleansing of 78% of historic Palestine in 1948. The occupation in 1967 was simply a completion of the plan.

Palestinian refugees (5.3 million) along with the internally displaced Palestinians, citizens of Israel who are not allowed to go back to their villages (250, 000), compose about half of the Palestinian nation (11.6 million). Does it make sense to be in solidarity with a nation by ignoring rights of half of them?

In discussing the Right of Return, which stands at the core of the Palestinian struggle for liberation, many often argue that the return is not a “realistic” option; there is no room for everyone.

In the early 1990s, the Israeli government and the Jewish Agency brought more than a million Jewish (and Christian) Russian immigrants, who have never been to Palestine and many of whom did not even have Jewish ties. The Jewish Agency’s main global goal until today is to recruit Jewish immigrants to be used as a “demographic” weapon. So apparently there is always room for Jews, but not to the displaced natives.

Many of the Palestinian villages that were uprooted by the Zionist militias are still empty. Israeli authorities have planted pine trees to cover up sights of their crimes and hide the history of the place. Organizations such as the Association for the Rights of the Internally Displaced and Zochrot are working with groups who are envisioning and planning the implementation of the Return.

The return is nothing but possible.

Contemporary return attempts March of return Articles, writing and press about the Return