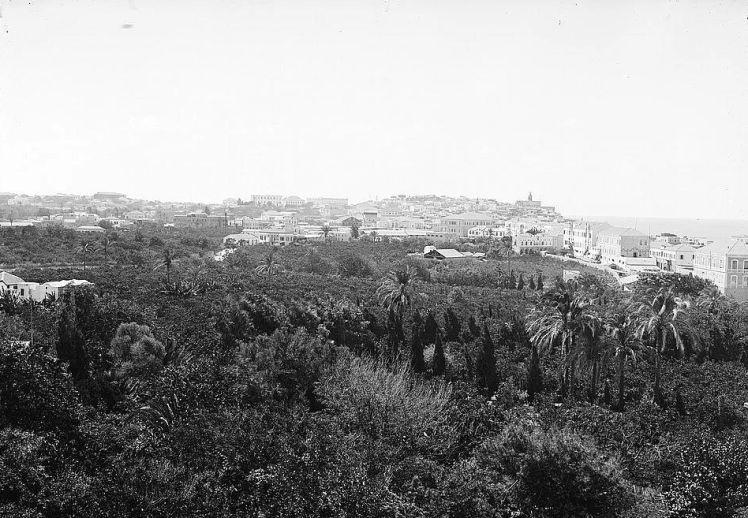 “The good thing about Jaffa is not the city itself, but the gardens that surround it in a 6-kilometer [3.7 mile] semicircle,” enthused Russian pilgrim Sergei Khotorovo in 1895. “I think there are few gardens as splendid as these anywhere in the world.”

Khotorovo was quoted in a comprehensive survey conducted for the Tel Aviv-Jaffa Municipality recently, studying the remnants of the old well houses – buildings erected around water wells, especially near orange groves – that may still be found in Jaffa and south Tel Aviv.

The well houses began appearing in the mid-19th century, typically on high ground in the area around Old Jaffa. They were built by wealthy residents, Christian churches and Jewish pioneers, often expanding into elaborate enclosures with a house (some almost palaces), an orange grove, farm buildings, the well structure, a collecting pool, a water channel and a pump system.

Numerous plans for the preservation of well houses and their original enclosures have been on the drawing boards of Israeli architects in recent times. Although the initiative is dedicated to the preservation of historic buildings that were neglected over the years, it creates some problematic patterns: an increase in the cost of housing and significant social changes in Jaffa; the influx of a new, well-heeled populace; and changes in the designation of buildings from residential to public or commercial, and earmarked in particular for the Jewish sector (the percentage of Arabs living in Jaffa is about 30 percent).
All this, though, is just part of a long process of demolition and the erasure of the urban character, landscape and greenery of Jaffa, which began after the establishment of the state in 1948.

“The plans to ‘Judaize’ Jaffa are intended to prepare the way for the rich,” says Umar al-Ghubari of Zochrot, an organization that is focused on promoting the “acknowledgement” of Jewish Israelis of their “accountability for the ongoing injustices of the Nakba, the Palestinian catastrophe of 1948,” and the “reconceptualization of the Return” of Palestine refugees to the country.

“They are not only destroying the area but the identity of the place as well,” says Ghubari. “The new plans are grandiose and will only let wealthy people live in the city. They use old Arab houses in a modern way, and create the optical illusion that there are cultures here that follow each other – while actually the new thing completely hides the violence the state used.”

The first erosion of the orange groves occurred during World War I. A further reduction is evident from aerial photographs in 1944, when groves were replaced by new Jewish neighborhoods or the expansion of existing ones. The situation of the remaining orange groves deteriorated in the 1950s, when their Arab owners moved away or were evicted.
The state previously used violent means to evict the Arab community, as in the demolition of the Manshiyya neighborhood in southwestern Tel Aviv (now the site of Charles Clore Park), says Ghubari. But today the approach is ostensibly “clean,” he says: “You don’t see firearms and blood, but they use nice, pretty scientific methods. I have no objection to beautiful places, but it’s an attempt to disguise the violence that took place here and to present it as a development.” He sees it as plain and simple discrimination against the Arab community.

Sami Abu Shehadeh, a former member of the city council, has a PhD in history from Tel Aviv University and is equally critical of the gentrification process in Jaffa. He alleges that the conservation of the well houses is a “concept of preservation that emerged after the government had been destroying for 40 years and there was nothing left to preserve. Israeli architects felt they were behind the times compared to other countries, and began to invent a Palestinian past that would fit their goal. What’s infuriating about this concept is that people are secondary, and therefore the conservation efforts become part of the [process of] erasure. Anyone who really wants to preserve history would also preserve the context. I once met with the designers of one of the plans and asked them whether they had conducted a social survey. They didn’t understand the question at all. They plan clean neighborhoods and never visualize people.”

As for what should be done, Abu Shehadeh proposes turning some of the old buildings “into museums of historic Jaffa. Architecturally, I would create distance between these buildings and anything big, without factoring in for whom they are intended. I would give them space rather than suffocate them with adjacent skyscrapers.”

The areas earmarked for preservation can be roughly divided into three groups:
1. Areas of just a few dunams, containing a small number of historic buildings with space around them for relatively low-rise construction;

2. Areas with different land values within the same area, creating a tense relationship between historic and new buildings;

3. Very large areas designated for hundreds, or even thousands, of housing units, including the eviction of residents who are defined as “trespassers.” In such an area, the well houses will be mere landmarks, with some even threatened by demolition.

The well houses that have survived don’t include the old orange grove spaces, but merely the buildings; some still have a well. In the vast majority of cases, the residents are not descendents of the original owners. Most of the well houses and adjacent enclosures belong to numerous owners; many are owned jointly by the Israel Land Authority and a public body like the Amidar Public Housing Authority or the local municipality. And, of course, some are in private hands.