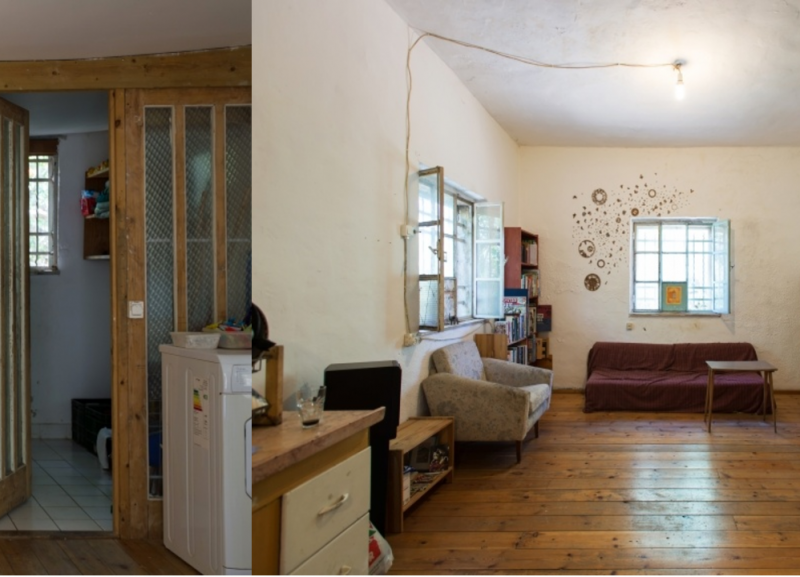 HISTORICAL RESEARCH SUMMARY: The house in Nehorai St.
In the frame of: Here in no-here: Open houses, Exhibitions and Tours Qatamon, Jerusalem
2017, May
Share it


The house hosting the exhibition Imagined Qatamon: Channels, owned by the Abu Dalo family, is one of the northernmost houses of the village of Beit Safafa, and is now considered part of Qatamonim A-F neighborhood in Jerusalem. Its story is a highly unusual one: a Palestinian family fled the war, returned in late 1948 and managed to reclaim its property from the authorities, albeit in part. The house is built on the route of an ancient road adjacent to what is now called Rephaim Valley, between the old railway (today, Shvil HeMesila Park) and Rashbag and Maagelei Yavneh Streets. Originally, this area was called Wadi al-Madina, or the riverbed leading to the city (of Jerusalem).

This is a borderline area, a meeting point of different worlds. In the turn of the 20th century, Jerusalem expanded also in this direction, as part of the general trend of moving out of the old city walls. The German and Greek Colony were built nearby, and between the Jewish Mekor Haim neighborhood and the Arab Qatamon neighborhood, an extension of Beit Safafa grew and developed.

The original Abu Dalo house stood in its present form already in the early 1930s. Its roofed balcony leans on round stone pillars, uncharacteristic of the rural construction of those times. Hassan Ibrahim Abu Dalo tells us that his father used to be a stonecutter and mason, one of whose projects was to prepare the pillars for the iconic YMCA building. The pillars made by his father that the engineers had rejected for use in the building were integrated in the family house and stand there to this day.

In late 1948, and after the battles in the area had ended, Ibrahim Mussa Abu Dalo returned to his home with his family and found it inhabited by Jewish immigrants from North Africa. The Israeli authorities promised him that they would be evacuated soon and that he would be able to return to his home. His son Hassan told us that they spent that night sleeping on the entrance balcony, while the new tenants slept inside. After a while, seeing that the evacuation is being delayed, the father began building a shack, which later on became the present stone building. At the same time, the original family home remained, its tenants having gained protected status. In the southern part of the house, several rooms were returned to the family following a legal struggle.

The property of the Abu Dalo family now covers three parcels and four houses, the result of prolonged negotiations with the Israeli authorities and the repurchase of their own property that had been expropriated piecemeal, sometimes without their knowledge, despite the fact that the family resided there continuously since 1948 and as mentioned, also years before that time.