Home / Testimonies / Gadi Iron, architect
We want to make a kind of Machu Pichu out of the village, Lifta is just as important 01/05/2013 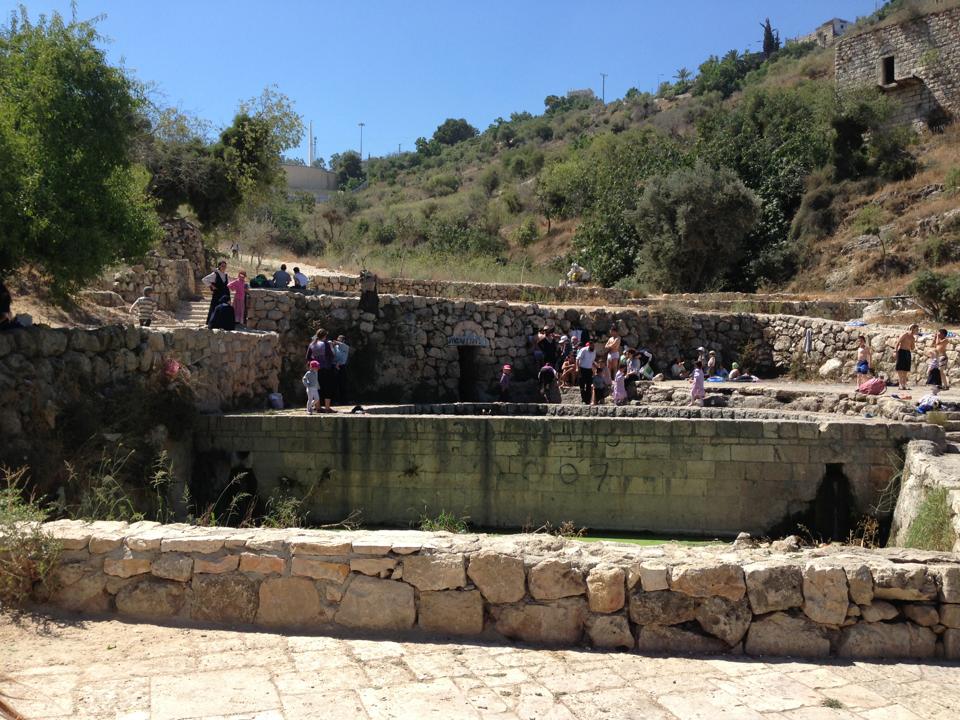 Gadi Iron (GI): I grew up in Rehovot but as a little child I used to go to Jerusalem with my parents. Every time we entered Jerusalem I saw Lifta on the left side of the road, it´s very impressive. I´ve always been impressed by it.In 1969 I was part of the team building the Hebrew University at Mount Scopus. Me and the other young architects, we admired the oriental, simple architecture like that of Lifta, the vernacular architecture. The houses were empty already then, so we all came there and took a house, put some furniture in there. The climate is very bad there, there are insects, all these things were there but we went anyway. I connect to Lifta and still go there from time to time to see the place. I believe that once something good will happen to it.

LR: How did you get involved in saving Lifta?

GI: In 2005 the government made a plan to build 200 exclusive apartments there.With the coalition to save Lifta we managed to stop them for now but I don´t know what will happen in the future. The government wants affordable apartments for young people, but the Lifta plan doesn´t include affordable housing, it is very exclusive and expensive. What we want to do is to take the land from the authority because they don´t understand the value of Lifta. We want to make a kind of Machu Pichu out of the village, Lifta is just as important. Every year 300.000 people come to Machu Pichu. Lifta is next to Jerusalem, I think 600.000 people could come every year, that amount of people go to the Jerusalem zoo. You know, Lifta is also important as a Jewish heritage site, the people of Lifta sold Etrogiem, which is a fruit that is used in the Jewish holiday of Sukkot. Before 1948 they grew the Etrog in Lifta and sold them to the Jews.

LR: Why is the architecture of Lifta so special?

GI: The buildings we see now in Lifta have been there for about 300 years. The Palestinian people in the coalition want to return to Lifta but they will destroy the place by returning. Lifta is something important just because it is left there, because it is frozen. If you leave it like that it can be a place of memory, you can take your grandchild there. The village can be like a narrative, it can tell the story of all the destructed Palestinian villages. There is language in the architecture of Lifta, it tells the story of the place and its people. You can show your family how things used to be and be proud of it. It´s very important architecture, this vernacular architecture of Lifta. If you are a rich king it is not a problem to build the TajMahal. Lifta is the opposite of the TajMahal, it is built by normal people, by their hands, they became professional during the work, they learned how to cut the stone and make the arches. It´s knowledge that got passed generation after generation. You cannot go to the builders and say that you want three rooms, two windows,no, it is a special kind of construction, these houses. They learned with the years, the houses can stand earthquakes very well, that is why they are still standing. Because they didn’t use cement but built in such a way that the construction holds itself together, it can move a little bit and doesn’t collapse during an earthquake. The house that is split in two at the edge of Lifta, this house really shows what is so special about the architecture.

LR: Did your image of Lifta change over time?

GI: My image of the village hasn´t changed, the only thing that changed is the knowledge about preservation. They used to make preservations like Disneyland. Have restaurants, stores, make decorations, it´s not authentic. Lifta should be left authentic. Maybe some buildings can be reused, there is a woman with a lot of Palestinian dresses, maybe she can make a museum there. We also would like to make an organic farm on the Lifta land, in the orchards. Children from high schools in Jerusalem can come there to work and learn, Palestinian and Jewish children. They could learn about everything that used to be present in the Arab villages.

LR: A lot of Palestinians don´t want a museum, they want to return. How do you see this?

GI: I think that even the people from the left, even the people from Zochrot and the Palestinian families understand that it will destroy Lifta if they will return and start living there again. They will want to build roads, they want television and electricity, it will destroy everything. It cannot be, you also cannot bring back the Inca´s to Machu Pichu. Lifta should be preserved as it is, frozen in 1948.