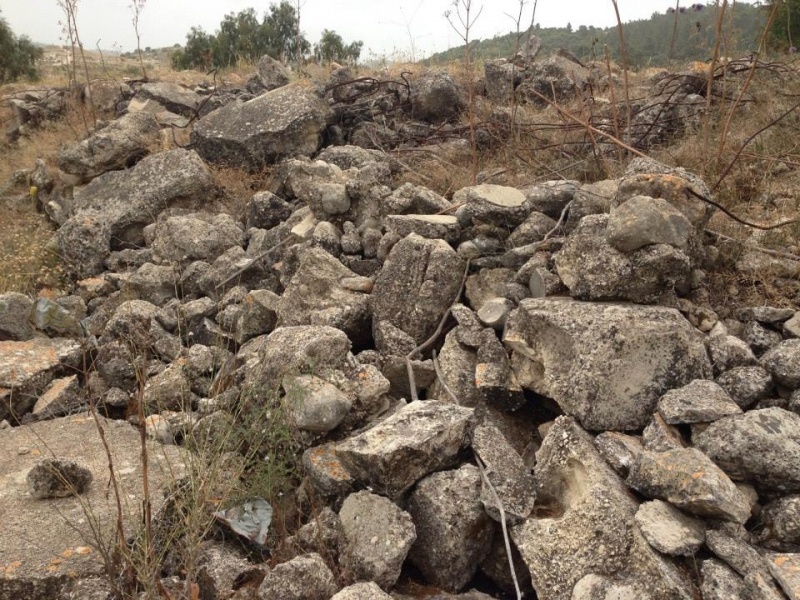 “Why do you think the Sharon government might take advantage of the American attack on Iraq to carry out population transfer in the occupied territories?,” a journalist asked me, after we published a warning-advertisement in his paper. “Are you not crying ‘Wolf!’?” I could have given him a long list of statements by members of our current government who vocally promote the deportation of Arabs. I could have referred to the multitude of rumours circulating. I could have said that a crawling transfer is taking place all the time, by making the lives of Palestinian residents of the occupied territories unbearable, wholesale home demolitions, closures and curfews. But I preferred to tell him of a number of events to which I was witness to in the past.

I refer to what happened in 1967, when the Israeli army occupied the West Bank. Immediately afterwards, I was visited by the author Amos Kenan, who was serving as a soldier in the Latroun area. He placed on my desk a report of what he had seen with his own eyes. (I was then a member of Knesset and editor of the weekly “Haolam Haze”).

In this terrifying document Kenan described how the residents of the villages in the Latroun area were expelled from their homes. Men and women, children and old people, were forced to march on foot, in heavy heat of over 30 degrees, to Ramallah, a distance about 25 kilometres. Immediately after that, the demolition of their villages began.

I hurried there. The villages of ‘Imwas, Yalo, Beit Nouba and Deir Ayoub had already been destroyed almost to their foundations. I still had time to see the bulldozers demolishing the last houses. When I tried to take pictures, I was driven away by the Israeli soldiers. I went from there directly to the Knesset, and pleaded with some high-ranking people to intervene. After they spoke to whoever they spoke to, I was told it was too late. The demolition had been completed.

Why these particular villages? Why in such haste? This area was shaped like a bulge in the West Bank, commanding the old road from Jaffa to Jerusalem which had been cut off since 1948. The government was sure that immediately after the war international pressure would begin to attempt to force Israel to retreat from all the territories it had occupied, as happened in the previous war, in 1956. They thought that if they erased these villages from the face of the earth, then at least that territory would be left in Israel’s hands.

Of course there was no such pressure, and all of the occupied Palestinian territories remain controlled by Israel to this day. The displaced villagers are in the refugee camps near Ramallah. On their land was created “Canada Park,” to the glory of that humane and liberal state, which was grateful for the honour.

While the bulldozers were working in the Latroun area, a similar thing took place in Qalqiliya. After occupying the city, the army began systematically blowing up the homes in one of its central neighbourhoods. The residents were expelled, also on foot, towards Nablus. There they slept on the ground in public parks.

I received a report on this at a relatively early stage. I went there to corroborate the facts, and again went to the Knesset. I related what was happening to a number of ministers, among them Menachem Begin, who had just been appointed as a Minister Without Portfolio, and Yisrael Barzilai, the Health Minister from the Mapam party. I found someone to communicate the facts directly to the Prime Minister, Levi Eshkol. I don’t know if my communication went through or not. In any event, the demolitions suddenly ceased. The residents were returned from Nablus to their city, the demolished neighbourhood was rebuilt.

Why Qalqiliya? Because of all the cities in the West Bank, it is closest to Tel Aviv. From a hill near the city light Jordanian artillery bombarded the Gush Dan municipal area. Moshe Dayan, then Minister of Defence, wanted to “straighten” the border there.

Only years later I learned that in the nearby city of Toulkarem, a transfer had started as well. Army officer Ra’anan Luria, a world-renown cartoonist, was present there when the order was received to deport the residents to Jordan. Luria, who is far from being a leftist, refused to carry out the order, it being manifestly illegal. Still, buses were brought, and the residents piled onto them under threat and coercion. They were driven directly to the Jordan bridges and deported to the other side. Luria testified to this long after the events.

The main deportation that took place during the 1967 war, however, was from Aqabat-Jaber and the rest of the huge camps of 1948 refugees near Jericho, the largest in the Middle-East. They were completely emptied, to the last man, and all the residents were transferred east of the Jordan. There were at least 100,000 men and women there. Immediately after the war I visited these camps, and they were empty.

After the war, some of these refugees tried to secretly return home by crossing the Jordan by night. One day a soldier came to me in a state of shock, and told me that all these returning refugees were being executed on the spot.

I demanded that he sign a sworn statement and sent it to the Chief-of-Staff, Yitzhak Rabin. His aide answered me in writing that the Chief-of-Staff had read the document. After a couple of days the nightly massacres stopped.

I had another shocking experience. After visiting the camps we returned home on the steep road rising from Jericho to Jerusalem. In the awful heat of the Jordan valley hundreds of people were dragging themselves along the shoulders of the road towards Jerusalem. Earlier they had been forced to flee, by threats and horrible rumours, from the Jerusalem/Bethlehem area, but before they had crossed the River Jordan eastwards, they were allowed to return home. There were women carrying loads on their heads and dragging little children, old people struggling with walking-sticks, everything. Most of them were half-unconscious on account of exhaustion and thirst. We did what little we could by bringing water to give them to drink. It was shocking.

According to the various estimates, between 100,000 and 260,000 Palestinians were deported in this “Little Nakba.” In the Oslo Agreements it was determined that an Israeli-Palestinian-Egyptian-Jordanian committee would be established to discuss their return. The committee was never convened.

Eventually, General Matti Peled told me that before that war, when was serving as the Israeli army commander in the Jerusalem area, he discovered among his staff two officers whom he did not recognise. When he questioned them as to their activities, they admitted that they belonged to a secret unit, preparing for the deportation of the Palestinians at the next opportunity. He threw them out.

In the 1956 war, no deportations were carried out, because the war was conducted against Egypt alone. The Yom Kippur war was too desperate for Israel to think about it. In Lebanon, Israel did not have intentions of annexation.

In no previous war was the country headed by a government whose members discussed mass transfer openly and vocally. When you build a “Separation Fence” which leaves Palestinian villages isolated to the west of the Wall, it is clear that the Palestinians fear being deported, along with the residents of the cities and villages adjacent to the wall on the eastern side.

Can I tell them that their fears are unfounded?