al-Manshiyya (Akka) Tour - Report About 120 people took part in Zochrot's tour of the destroyed Palestinian village of Al-Manshiyya, near Akka (Acre). About half of the participants were foreign students and activists, and the others Jewish Israelis and Palestinians with Israeli citizensh

About 120 people took part in Zochrot's tour of the destroyed Palestinian village of Al-Manshiyya, near Akka (Acre). About half of the participants were foreign students and activists, and the others Jewish Israelis and Palestinians with Israeli citizenship.

A group of refugees from al-Manshiyya waited for us with light refreshments at the first stop, the Western Galilee College parking lot, which is built on the lands of their village. They arrived from the village of al-Makr, about three miles away, where they have been living since 1948. When the Jewish paramilitary organization Hagannah occupied the village on May 14, the former inhabitants of al-Manshiyya, also called Manshiyyat Akka, fled far and wide. Most of them crossed into Lebanon and were housed at the Ayn al-Hilwe Refugee Camp. Others moved into neighboring Palestinian villages. Most of the internally displaced persons who remained in Israel currently live in al-Makr.

Near the central village spring, which used to be the village's main water source, 73 year-old Abu Ayman read some of his poetry about his longing for the village and his life there before the Nakba. The spring is actually part of the al-Pasha water canal which passed through this village and others.

The refugees led the participants to the village granary, today on Dushnitsky Street. Instead of the Palestinian granary, the Acre municipality, to which the village grounds had been annexed, built housing for Israelis and Jewish schools.

The village mosque is located not far from there, on Burla Street. It is sealed and fenced and forbidden to enter. Abu Ayman told us the mosque was built on land donated by his father and that their house used to be near it. The Israeli authorities demolished Abu Ayman's house together with the rest of the village houses within a month after its occupation. On the vacated grounds, the new state built the city's eastern neighborhoods for Jewish Israelis. Along with Abu Ayman, the other refugees who accompanied us also stopped next to the buildings erected where their houses used to stand.

On Ahad Ha'am Street one Palestinian house survives. It belongs to Ms. Khadra Saqr and is currently used as a minimarket. At the end of the street two other surviving buildings could be seen: one, with a grey dome, belongs to the Bahai Cemetery; the other, with a greenish dome, is the shrine and the  tomb of Shaykh Abu Attaba located next to a small mosque. Between the two buildings lies the Central al-Manshiyya Cemetery. Although it looks like a Muslim Palestinian cemetery, no signs offer any explanation. It is clean and looks well-guarded and fenced, but it is out of use and refugees living nearby may not bury their dead there. The refugees told us that the cemetery used to be larger than what can be seen now, but that nearby streets such as Ahad Ha'am were paved over it. At the Abu Attaba house, we found a Palestinian family living in the tomb compound. The grandfather, a refugee from the village of Kuwaykat in the Galilee, moved into the compound owned by the Muslim Waqf in 1949. His sons and grandsons still live there despite attempts by the Acre municipality to drive them out. At the cemetery, we placed a sign saying "Al-Manshiyya Cemetery".

During the tour, all participants received our booklet Remembering Al-Manshiyya (Akka). 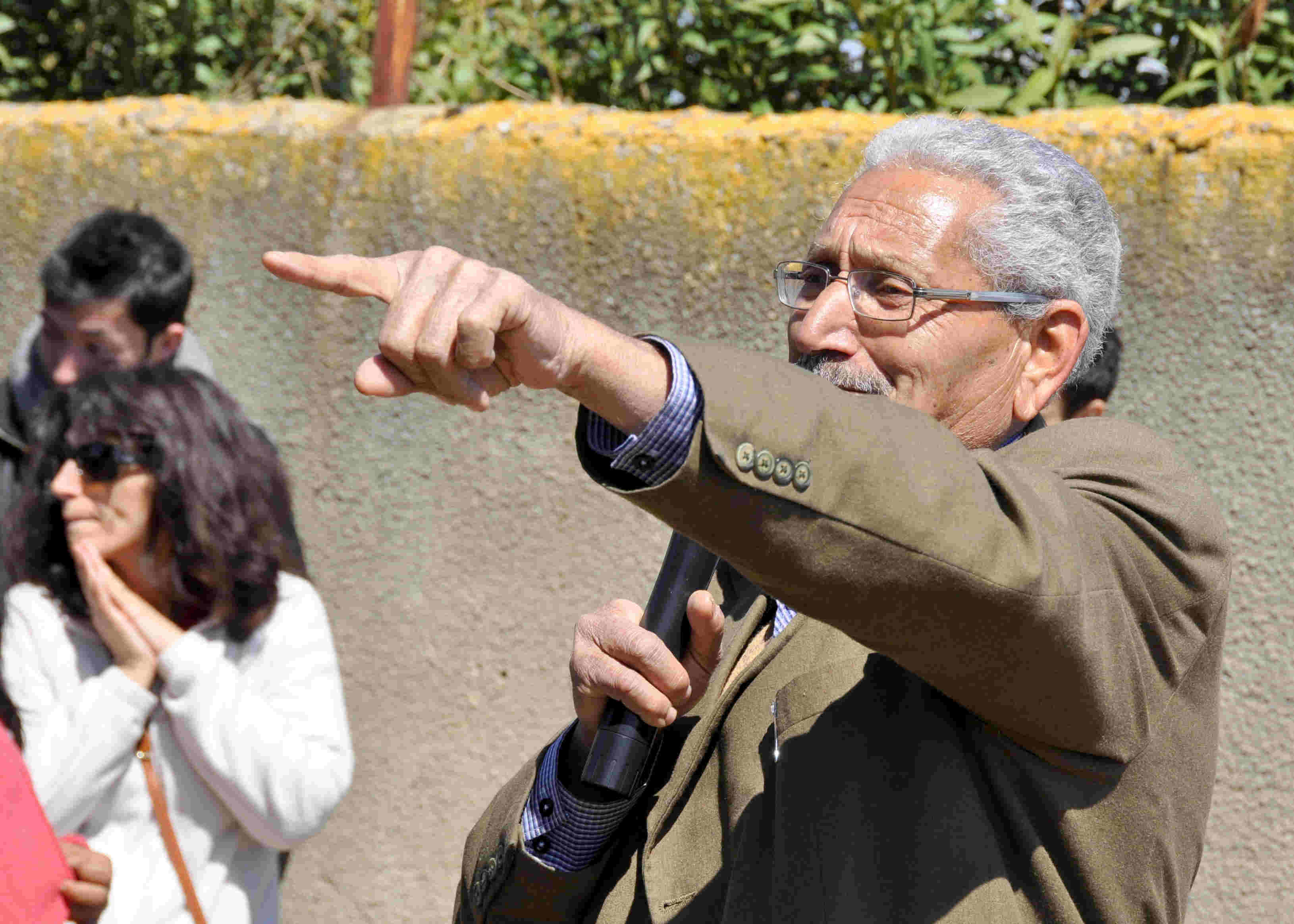