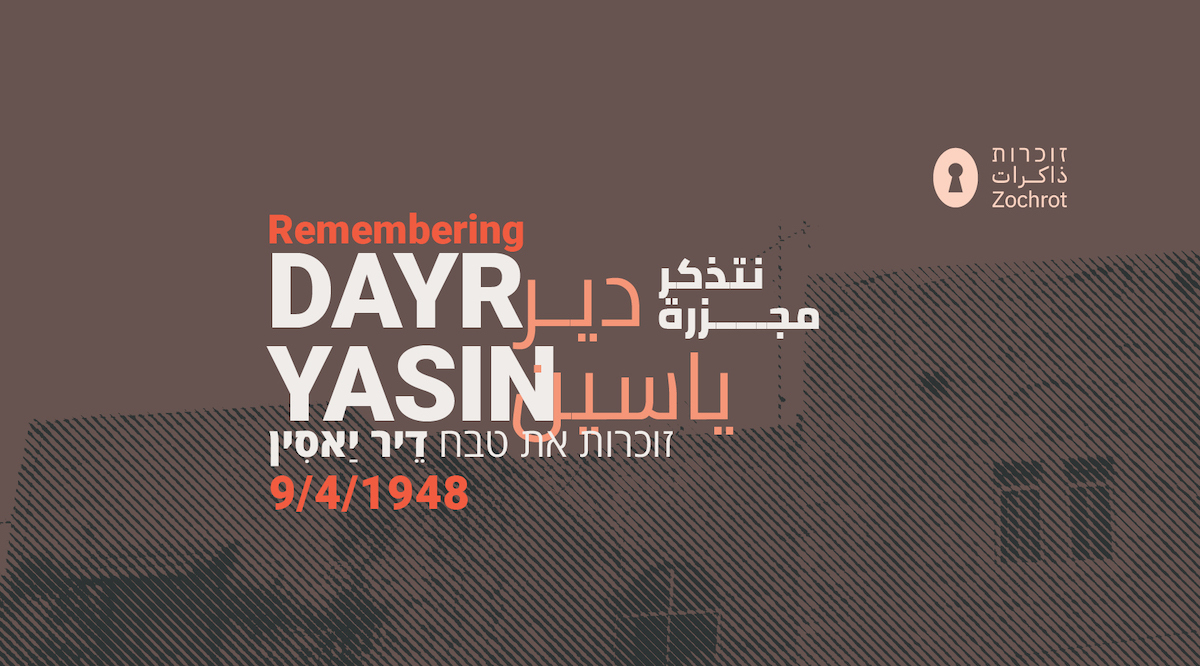 As in every year, Zochrot will hold a memorial ceremony on the 74th anniversary of the massacre in Dayr Yasin.

In April 9, 1948, Zionist forces took control of the village of Dayr Yasin, west of Jerusalem. What followed was one of the worst massacres during the Nakba. The survivors were expelled, became refugees and are to this day prevented from returning. A Jewish Neighborhoods named Kfar Shaul b. and Yafeh Nof were built on the site of the village.

The event will include a memorial tour along the main street of Dayr Yasin, today Kanfei Nesharim Street in Givat Shaul neighborhood in Jerusalem; bearing signs with the victims’ names; explanation about the attack and the massacre; observing village remains – private houses, the school and cemetery; and reading names of the victims aloud. The event will end with a ceremonial gathering in favor of the return of the refugees behind what is now the Kfar Shaul Psychiatric Hospital.

About 1 mile easy walk, accessible to all.

Registration in advance is required in this link

The event will be held in Hebrew, but English & Arabic interpretation will be available.

For further inquiries, please write to the following address: tours@zochrot.org

And finally, Join our community: donate monthly to Zochrot so we can extend our activism, continue to challenge the discourse and promote political and cultural transformation for a more just future