‘Akbara Before 1948
The village was situated along the two sides of a deep wadi that ran north to south and cut through the middle of a southward-facing slope. Beyond the wadi was a hill that faced the village. ‘Akbara was linked by a path to the nearby city of Salad. Southeast of the village lay Khirbat al-’Uqayba, identi­fied with the Roman village of Achabare (or Acchabaron). In 1904, this khirba was a populated village. In the late nineteenth century, ‘Akbara was a village built of stone and mud. It had about ninety residents who cultivated olive and fig trees. In modern times ‘Akbara’s houses were made of masonry. The people of ‘Akbara were predominantly Muslims.
In 1944 they planted a total of 2,222 dunums in cereals; 199 dunums were irrigated or used for orchards. The nearby khirba was excavated and contained such remains as building foundations, hewn stones, and wine presses.

Occupation and Depopulation
In the spring of 1948, Zionist forces prepared for assaults  on the cities of Safad and Tiberias by launching demoralizing attacks on adjacent villages. As it lay just 2.5 km away fromthe city, ‘Akbara was chosen to serve as an example to the people of Safad. On 9 May, units of the Palmach’s First Battal­ion attacked ‘Akbara in order to “create among the Arabs of Safad a feeling that they were about to be surrounded and would be unable to flee   The units’ operational orders also claimed that “the village served as a way station for Syrian spies who infiltrated to help Safad,” and that it was a base from which Jewish traffic was attacked. The assault took place within the framework of Operation Yiftach (see Abil al-Qamh, Salad District). Citing Israeli military sources, Israeli historian Benny Mor­ris claims that most of the villagers had left by the time of the attack (influenced by the expulsion and massacre of the people of ‘Ayn al-Zaytun, 3 km north of Safad, a few days earlier), and that the remainder fled during the attack after putting up “moderate” resistance. It is not clear whether there were any casualties, although Morris mentions that the occu­ pying units blew up some of the village houses. Some of the villagers sought refuge in al-Farradiyya and al-Sanunu’i, villages west of ‘Akbara. The events at ‘Akbara generally undermined morale in Salad, which was attacked the very next day. (Press services reported that the occupation occur­ red on 11 May.) Villagers interviewed twenty-five years later by Palestinian historian Nafez Nazzal said that both the capture of ‘Ayn al-Zaytun and news of the massacre at Dayr Yasin (Jerusalem District) led to the evacuation of some of the residents. At the time of the attack, the village militia ( a body of between fifteen and twenty men) put up a fight but was overwhelmed and retreated to the village outskirts. The occupying Israeli units did not stay long in the village, but destroyed a few houses and part of the mosque, and departed with the livestock. Almost all the villagers stayed at al-Farradiyya and al-Sanunu’i until these Galilean villages also fell. Some returned to get food and personal belongings in the intervening period, and most expected to return.

For some time after the war, ‘Akbara was the place where the Israeli authorities detained people whom they pushed out of their villages elsewhere in Galilee. In early June 1949, the people remaining in three villages in Salad District (al-Ja’una, al-Khisas, and Qaytiyya) were “forced into trucks.., and dumped on a bare, sun-scorched hillside near the village of ‘Aqbara,” according to Morris. it is not clear what ultimately happened to these people or to the village itself, but Morris writes simply that, “Conditions at ‘Aqbara, where ‘remainders’ from various villages (Qaddita, Khisas, al-Ja’una, etc.) were clustered together, remained bad for years.”

The Village Today
The original inhabitants of the village were replaced by “internal” refugees from Qaddita and Dallata, villages several kilometers north of Safad. Since 1980, however, these refugees have been gradually relocated to the nearby, planned village of’Akbara, 0.5 km west of the old village site. As a precondition of the relocation, each family was required to demolish its home in the former village. Today, fifteen of the old houses still stand on the site, in addition to the school. The new village of ‘Akbara was placed under the administra­tion of the city of Salad in 1977. 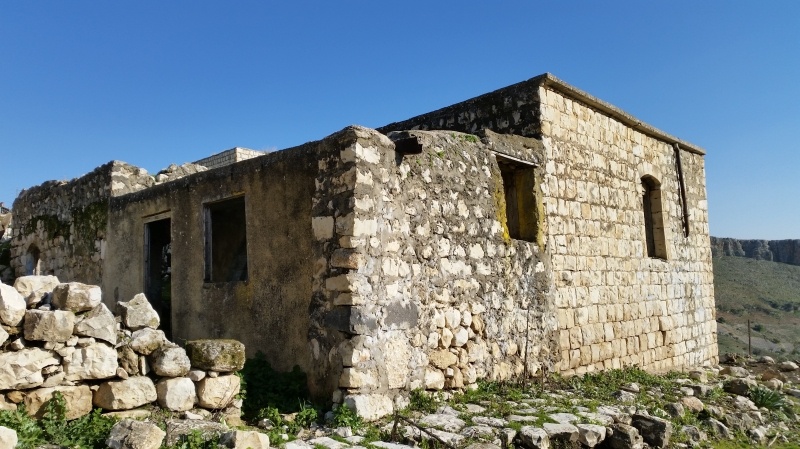 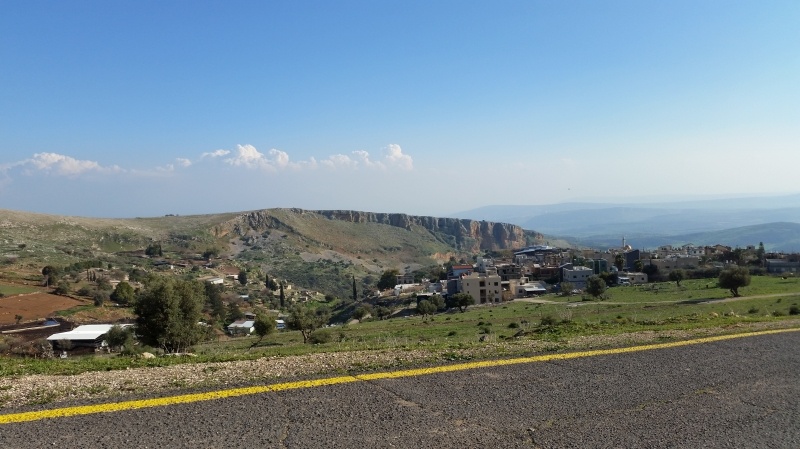 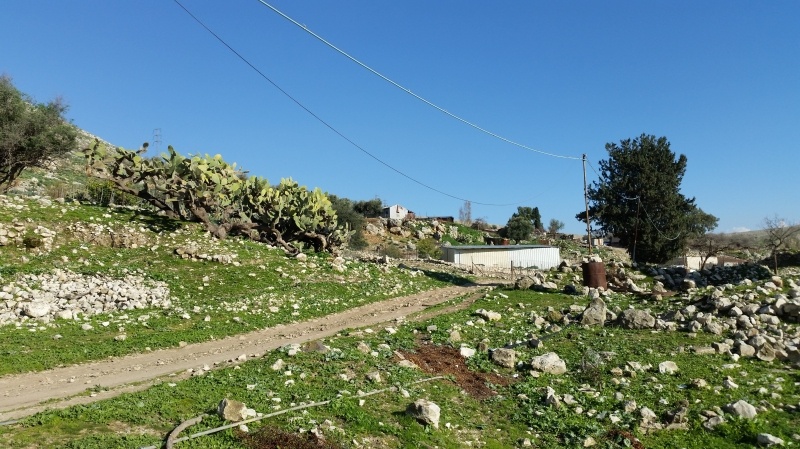 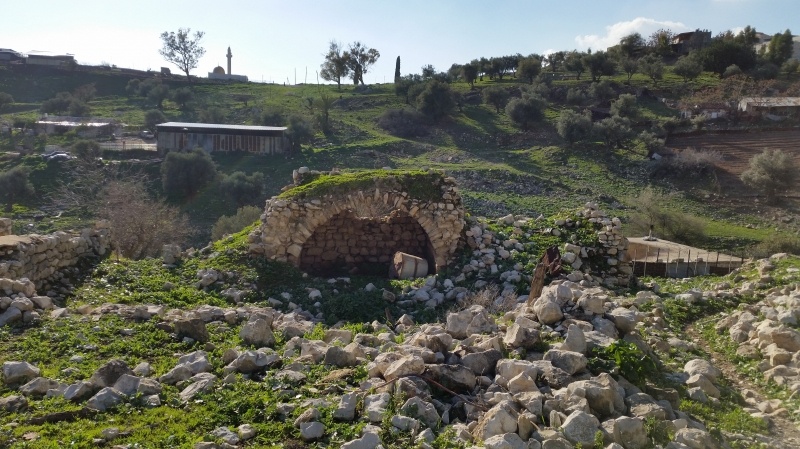 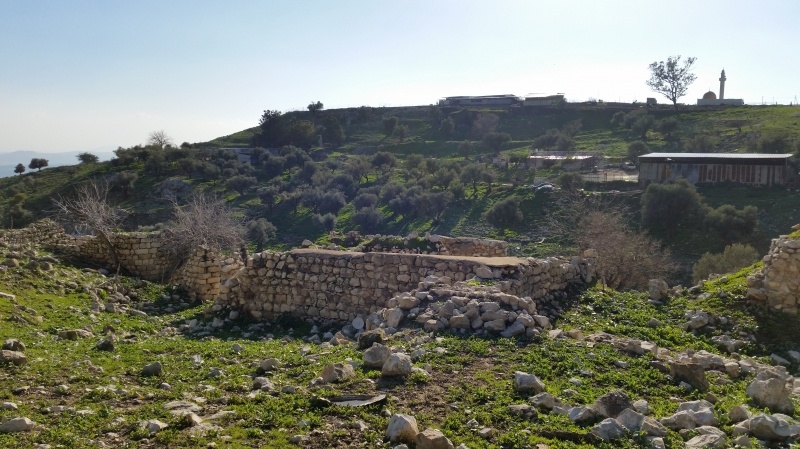 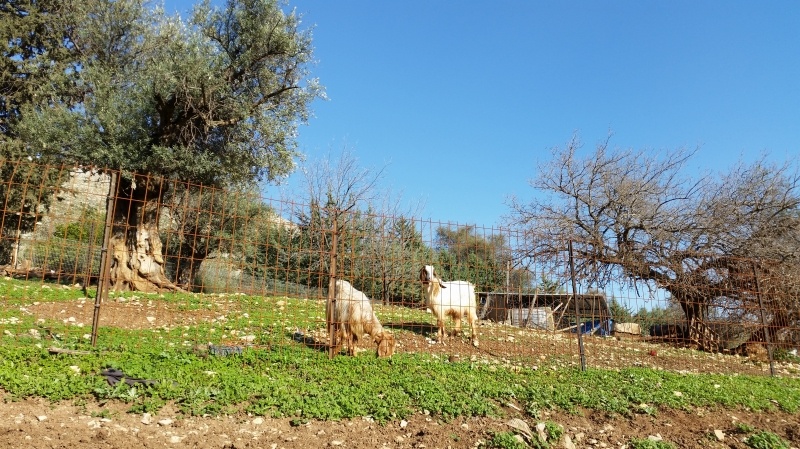 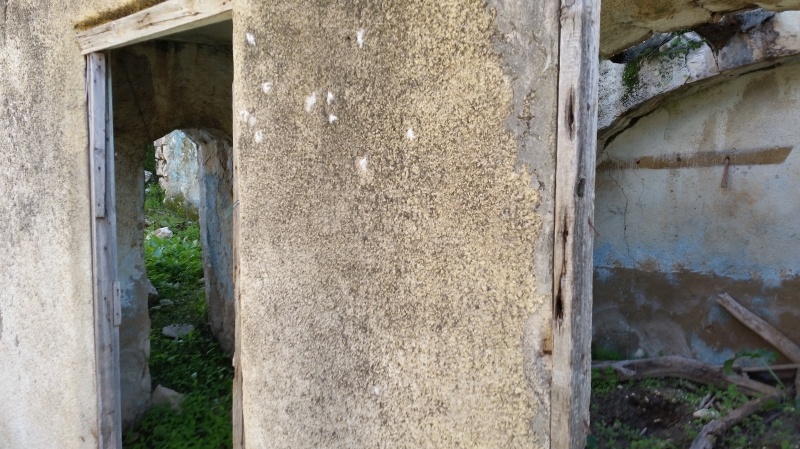 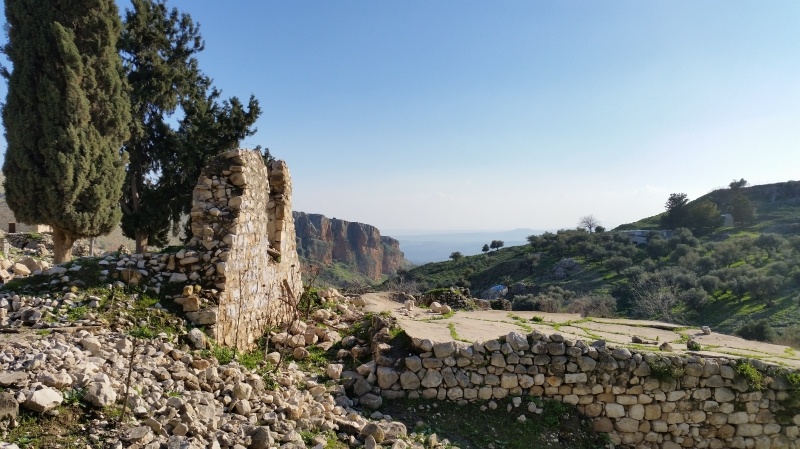 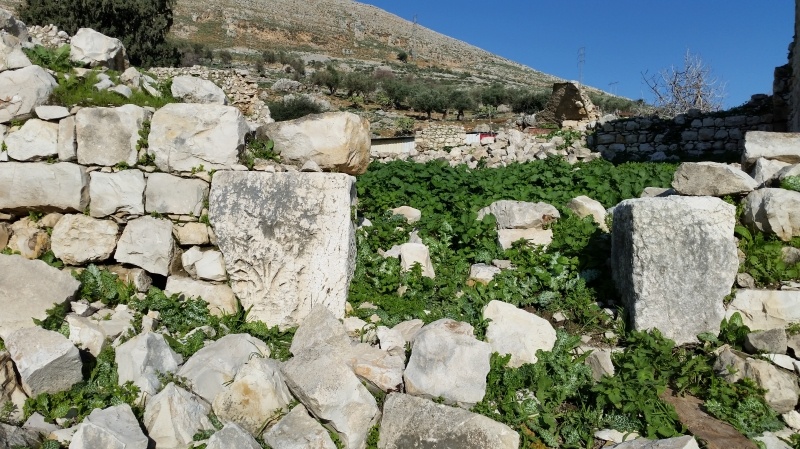 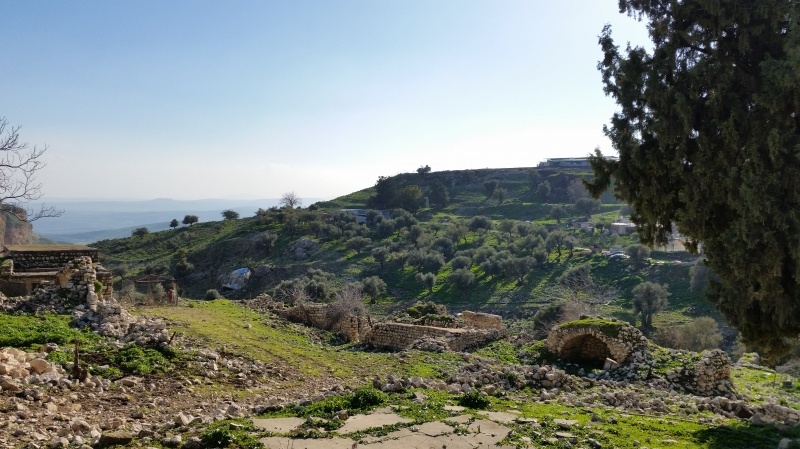 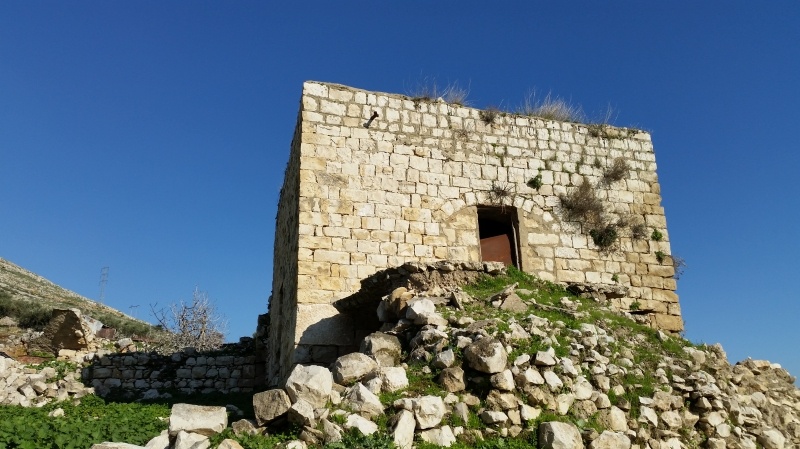 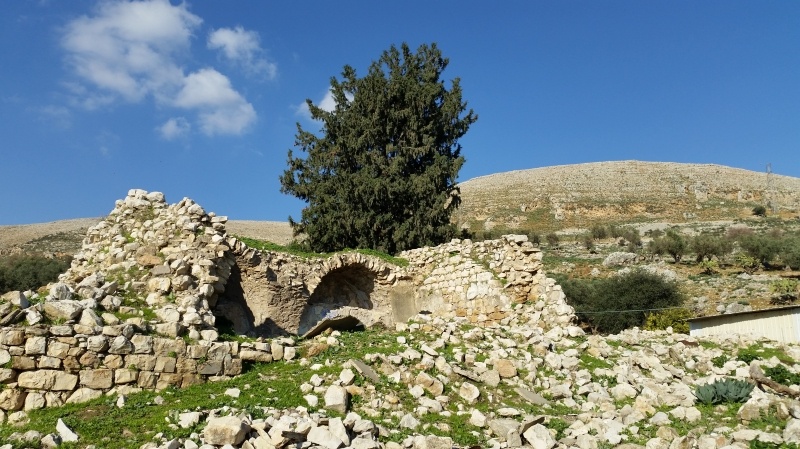 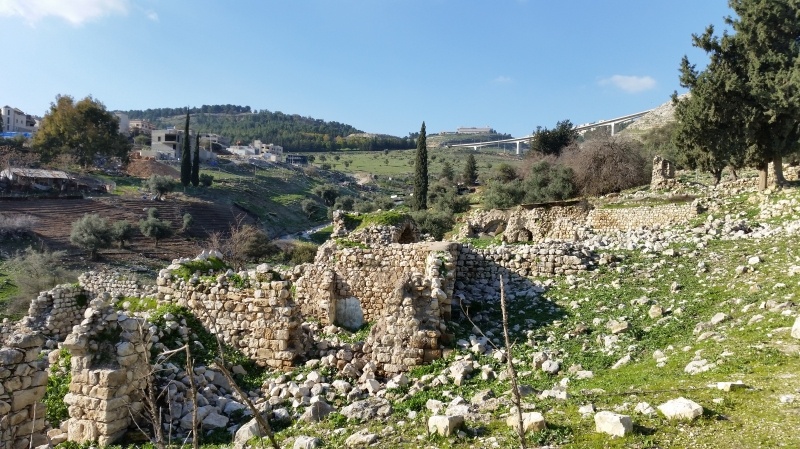 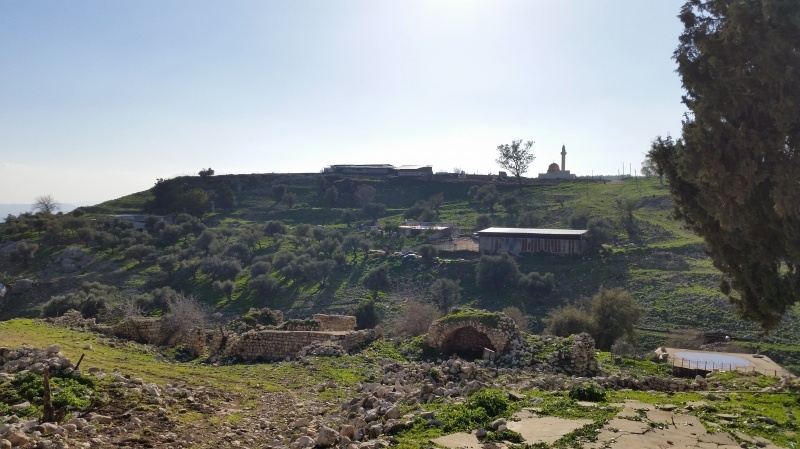 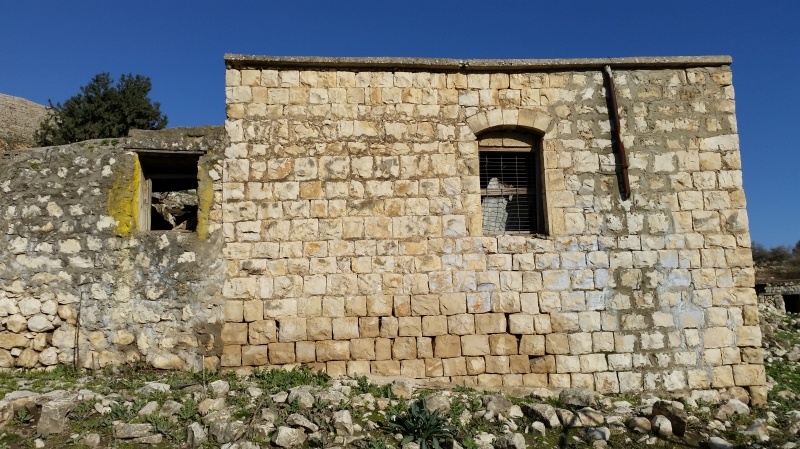 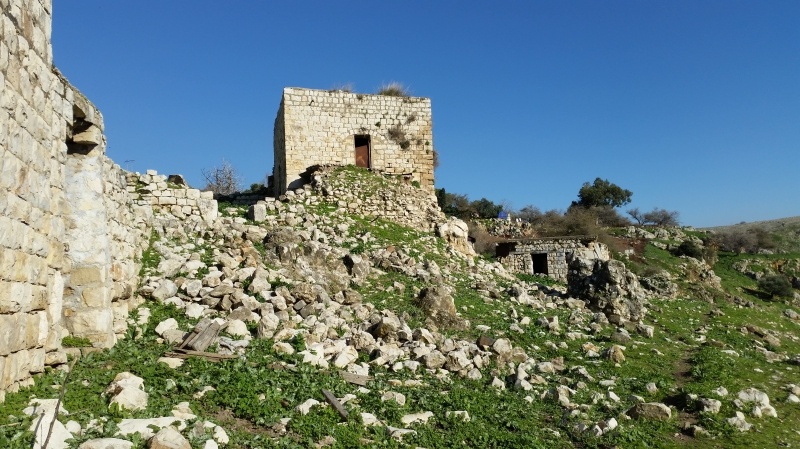 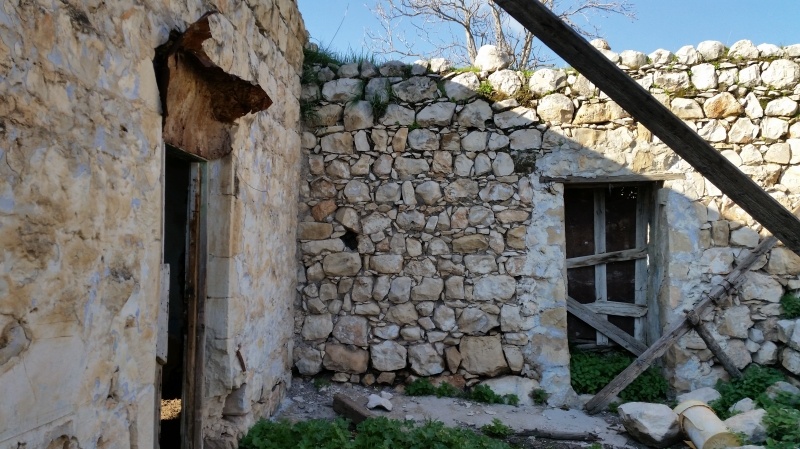 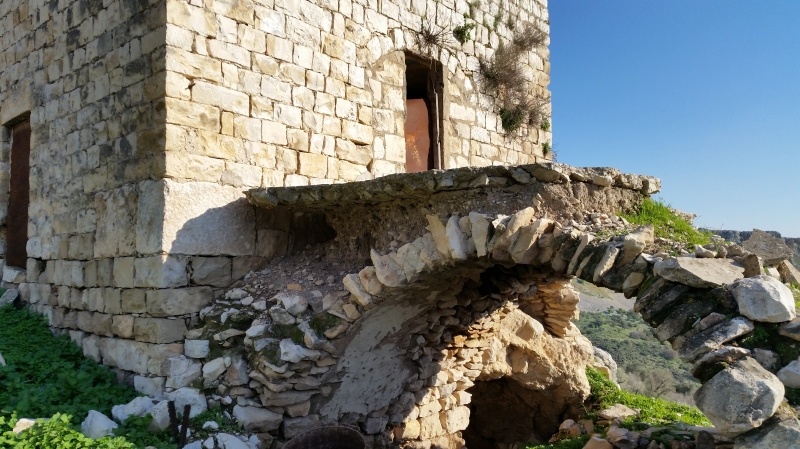 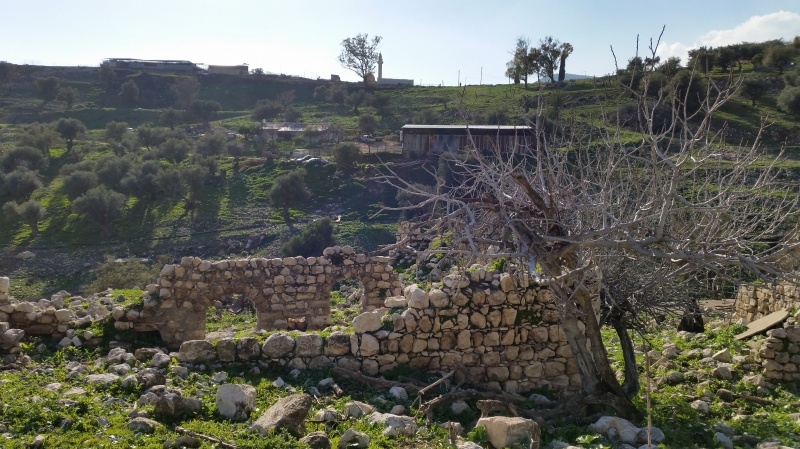 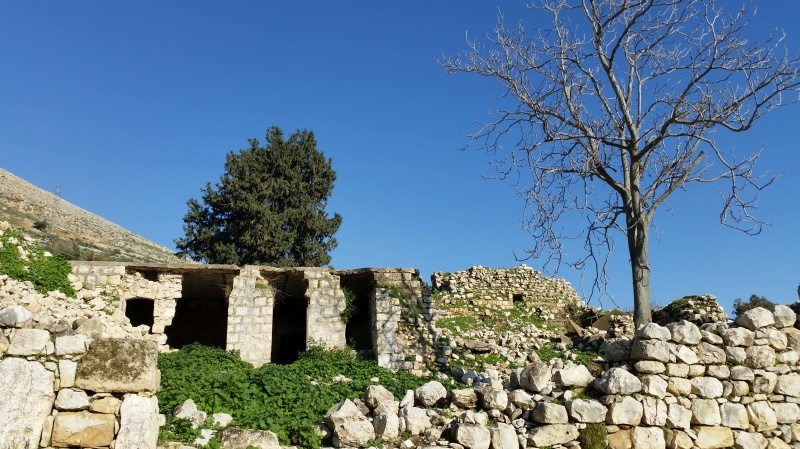 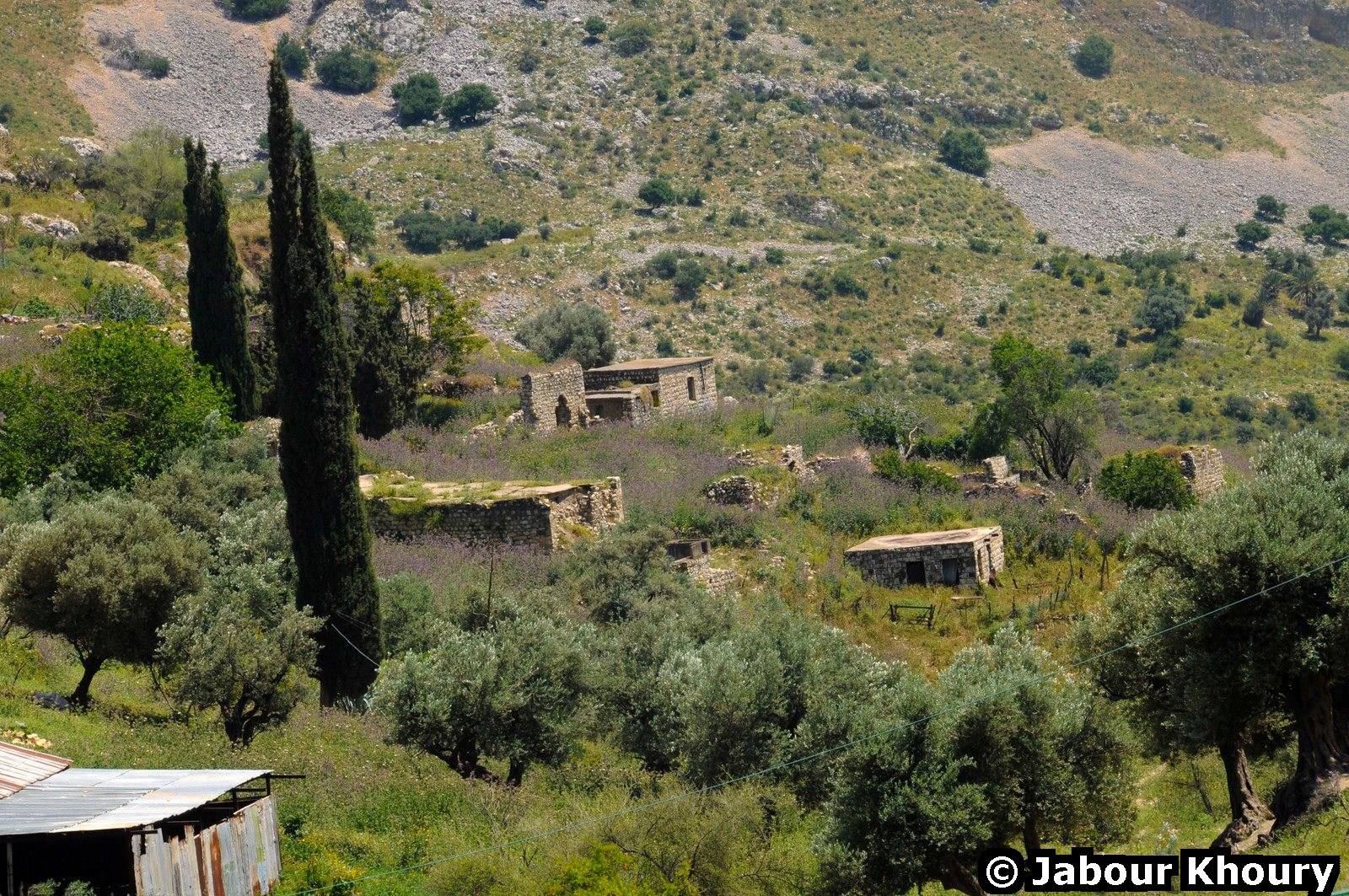 Surrender by Palestinian villages in 1948 Destruction in stages after 1948