Bayt Naqquba Before 1948
The village stood on a long hill that extended in a north-south direction, surrounded by wadis on all sides except the north. It faced the village of Suba to the south and was on the north side of the al-Quds-Jaffa highway. Secondary roads linked it to five nearby villages.

In the late nineteenth century, Bayt Naqquba was a village built on a slope with a spring to the south. Its residents were Muslims. A spring on the eastern edge of the village provided potable water. They planted olive trees and vineyards, which grew mainly west of the village and on the valley floors and irrigated their crops with water drawn from the village springs. Olive trees covered 194 dunums of land, and wild plants grew at the feet of the slopes.

Occupation and Depopulation
The only information available about the capture of Bayt Naqquba is that it took place early in April 1948. This implies that it fell within the scope of Operation Nachshon, the largest Haganah operation to date.

Operation Nachshon began with the occupation of Dayr Muhaysin and neighboring Khulda on April 6. Qalunqa, about 3 km due east of Bayt Naqquba, was one of the main targets of the operation and was attacked on 11 April, according to the History of the Haganah. The New York Times reported that Haganah units “blew up a score of houses and left the entire village ablaze“.

According to Israeli Historian Benny Morris, the inhabitants of the area seized by Operation Nachshon fled either before or during the conquest of their villages. For this reason, he says, expulsion orders were not necessary. By 15 April the Palmach and Haganah battalions had achieved the operation’s objectives. The New York Times stated that the occupation of the villages was an “important tactical success“ in the battle for al-Quds.
Judging from its location, Bayt Naqquba was probably captured about the same time as al-Qastal and Qalunya, both of which were leveled shortly after the occupation.

Israeli Settlements on Village Lands
Israel established the settlement of Beyt Neqofa in 1949 on the remains of the village.

The Village Today
A few houses are used either as dwellings or as stables. These houses were built of stone and many had domed roofs. Stones recovered from the ruins of the village houses have been used as steps for entrances to new Jewish homes. Almond and olive trees and cactuses cover the village site. In what was probably a unique case among all the villages occupied and depopulated, a new Arab village with the same name was established south of the original site in 1962, and some refugees from the old village were allowed to live there. The old village cemetery lies about 0.5 km south of the village site. It is maintained by the more recent Arab village.
--------------
Source: al-Khalidi, Walid (ed.). All that remains: the Palestinian villages occupied and depopulated by Israel in 1948. Washington DC: 1992. 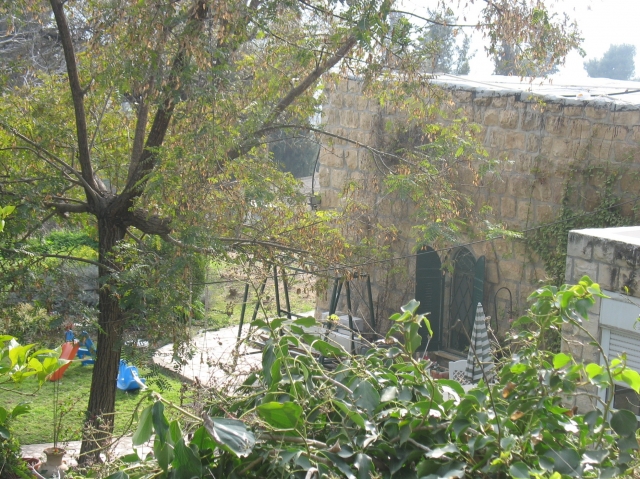