On Sunday, April 10, 2011, Zochrot conducted a tour among the remains of the Palestinian village of Dayr Yassin, to commemorate the massacre of the villagers by Etzel and Lehi forces on April 9, 1948.

The tour started on Giv’at Shaul’s main street, Kanfe Nesharim.  Until 1948, the road was the main entrance of Dayr Yassin. The Giv’at Sha’ul neighborhood has spread over the area of the village, most of whose buildings had been demolished by the Israeli government beginning in 1949.


About 30 people, walked in commemoration toward the center of the village, which today is a closed compound housing a mental hospital. We walked past its entrance on our way to the grove of trees behind it. We noted that the road on which we were walking had been paved on top of the Dayr Yassin cemetery. Remains of graves can be found on either side of the road, but it requires an effort to see them. We walked around the hospital compound. Houses of the former village were clearly visible within. On our way, across the road, some Palestinian houses still stood, now inhabited or used by Jews.


We concluded the event at the edge of the village, on a hill overlooking a magnificent view.  Before 1948, you could have seen from this spot a number of Palestinian villages that no longer exist, the most well-know of which was al-Qastal.  On April 9, 1948, this hill provided the only escape route for the inhabitants of Dayr Yassin seeking sanctuary in one of the neighboring villages that still existed, such as Ayn Karim, al-Malha and Lifta. 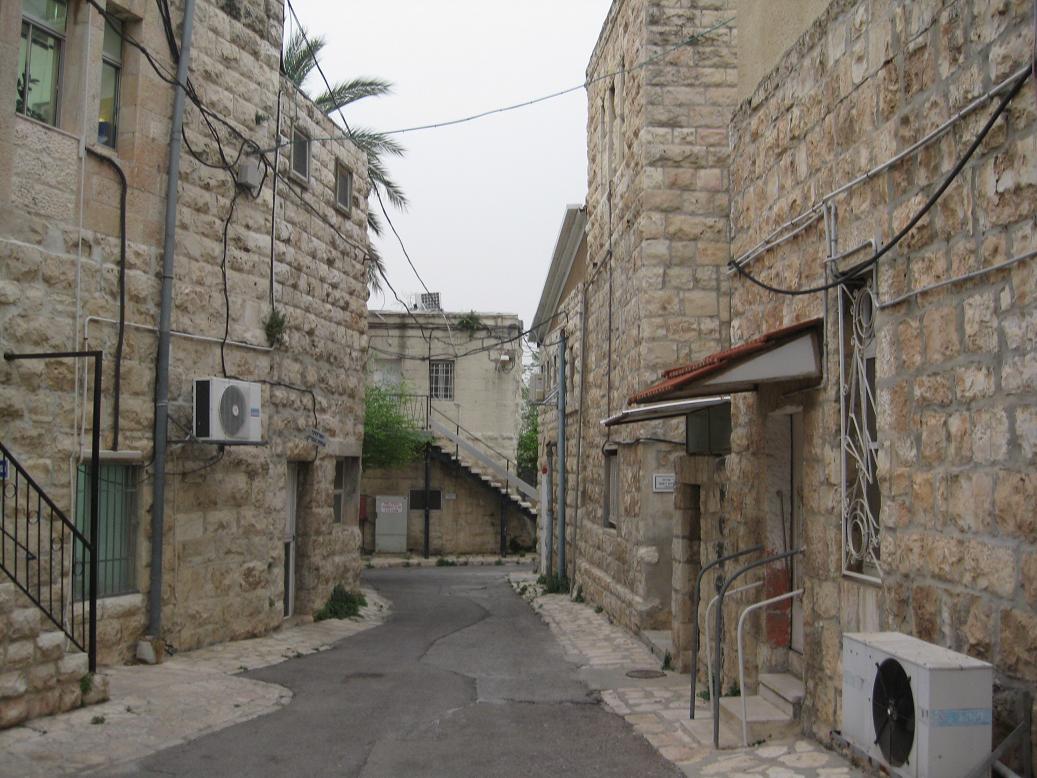