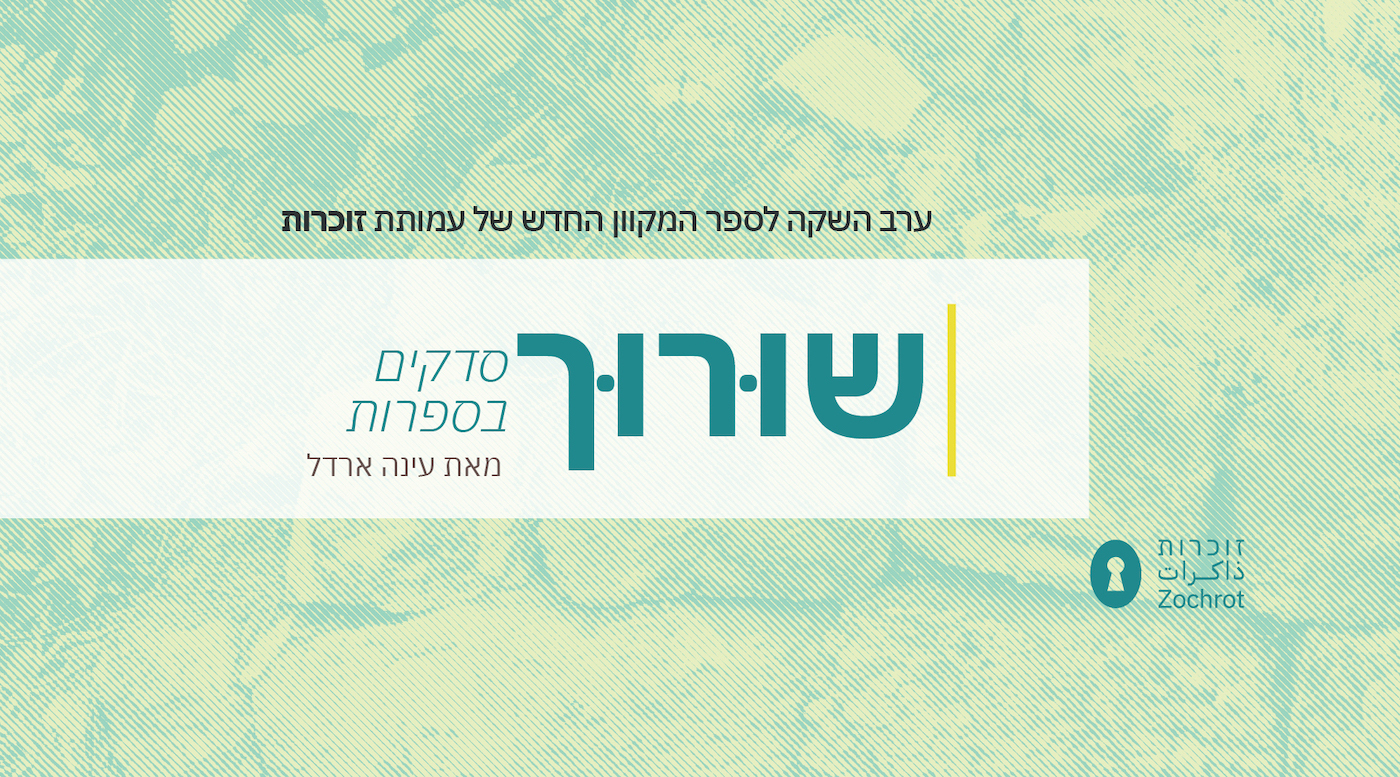 We are pleased to invite you to the launch event of Zochrot's new online book:Shuruch – Cracks in Literature
by Ayana Erdal

Shuruch - Cracks in Literature is the second book in Zochrot’s "Shuruch - Cracks" series, which provides complementary materials to the official Israeli curriculum, allowing teachers to address the Nakba and the Palestinian refugees and bring silenced themes and questions into the classroom: What is the Nakba? What were Palestinian life and culture like before and after 1948? What is the relation between the Nakba and Israel’s contemporary society and culture? Does living in this land necessarily involve the dispossession and oppression of the Other?

In the spirit of critical pedagogy, the series promotes liberating education, one that does not consider students as a mere tool in the service of the Zionist establishment, one that is not merely transfer the knowledge necessary to maintain the status quo. Rather, the series promotes education that respects the students and treats them as independent, aware and critical human beings, who have the power to understand their reality and shape it.

Shuruch - Cracks in Literature was written by poet and educator Ayana Erdal. It consists of lesson plans for 22 works* that shed light on Palestinians and Jews with diverse life experiences and political views. The themes for discussion, information sheets and exercises in the book reveal muted events, experiences and identities, thereby disrupting the official silencing efforts by giving presence to the Palestinian people, to Palestinian art and culture and to Arabic. Each lesson provides tools for critical thinking and political imagination as a way to take responsibility and create real coexistence.

Shuruch – Cracks in Literature was written primarily for literature teachers, but it is an invitation to everyone, inside or outside school – an invitation to explore the traces of the Nakba as reflected in Palestinian culture and through its encounters with Jewish eyes, and to imagine alternative forms of coexistence, grounded in justice and equality.

The event will be attended by writers, poets and educators; the book’s editor and coordinator of Zochrot’s Education Department, Yaara Benger Alaluf; and the author Ayana Erdal. The artwork combined in the book will be displayed in the venue.**