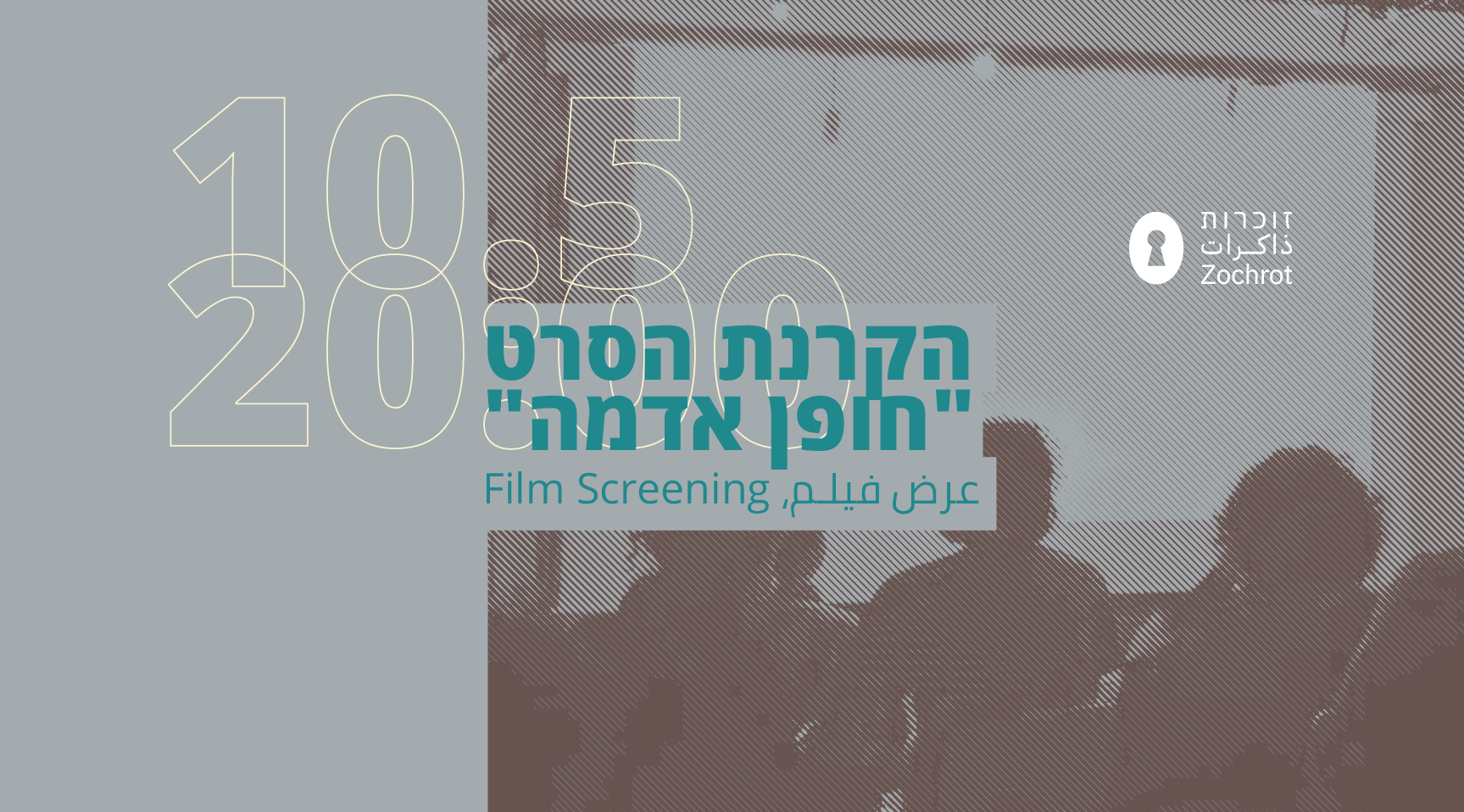 Screening of A Handful of Earth (حفنة تراب) & talk with filmmaker Sahera Dirbas and researcher Rawda Ghanaim The Nakba in the Hayfa Area: Oral History and Thoughts about Return

A Handful of Earth (Dirbas, 2008) documents Palestinians living in Haifa, Ramallah, Jordan and Syria, who had been uprooted from Tirat Haifa and other villages nearby during the 1948 war. In the process it presents the way the story of members of the Nakba generation – many of whom still preserve a handful of their village soil – has been passed on to the next generation.

Following the screening, we will hold a talk with director Sahera Dirbas and researcher Rawda Ghanaim, who deals with oral history and collective memory in the context of the Nakba. Ghanaim will present her comprehensive research over the past ten years, focused on the city of Haifa and its social history as arising from testimonies of its inhabitants – those who were uprooted and those who remained, demonstrating the importance of testimonies by the Nakba refugees and survivors for understanding local history.

Please register for the event here. The talk will be held in Hebrew. If translation is required, please indicate that on the form.

Sahera Dirbas: Independent documentary filmmaker, born in Haifa. Her filmography also includes Stranger in My Home, winner of Best Documentary Award at the 2009 Amal Festival in Spain; Crystal Grapes (2009), the story of Palestinian educator Hind al-Husseini; the 2010 docudrama Jerusalem Bride; and On the Doorstep (2018), winner of Best Documentary Award in the Al-Ard Festival in Italy. A Handful of Earth was made in memory of her father, who passed away on May 14, 2004, on the 56th anniversary of the Nakba.

Rawda Ghanaim: Palestinian researcher living in Haifa. For ten years, she has studied Haifa’s history, from the late Ottoman period to the present. In her research, she has adopted a “bottom-up” writing technique – from the micro to the macro – telling the city’s story through four Arab neighborhoods, as well as the German Colony, through interviews with the inhabitants of the five neighborhoods. In 2021, she initiated the project “Neighborhood and Alley” (حي وزقاق), which documents Haifa’s history through the stories of its inhabitants, whether uprooted in or having survived the Nakba.

Events and activities on Return