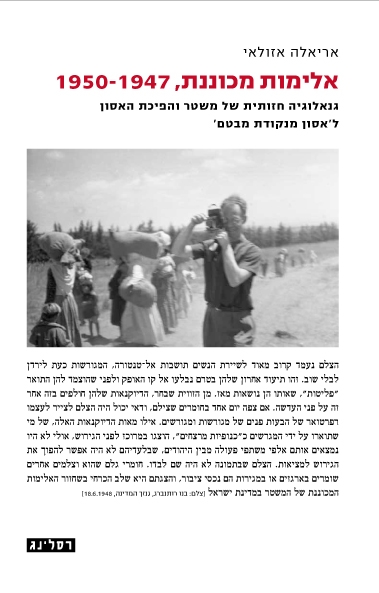 Between 1947 and 1950, the institutions of the Jewish Yishuv were transformed into the apparatus of a Jewish state. They were tasked with Judaizing the region they had conquered. They applied their logic to all areas of life in a territory which still had no permanent borders. The exhibition follows this process through some two hundred photographs, most of which come from various Yishuv and state archives. The apparatus of the new state was shaped during the process of destroying Palestinian society by killing, dividing, expropriating, expelling and preventing those expelled from returning. Nor was that enough. In order for this apparatus to be stabilized and maintained, it was necessary to transform the catastrophe imposed on the Palestinians into what I shall characterize as “catastrophe from their point of view” – “their,” of course, referring to the Palestinians...