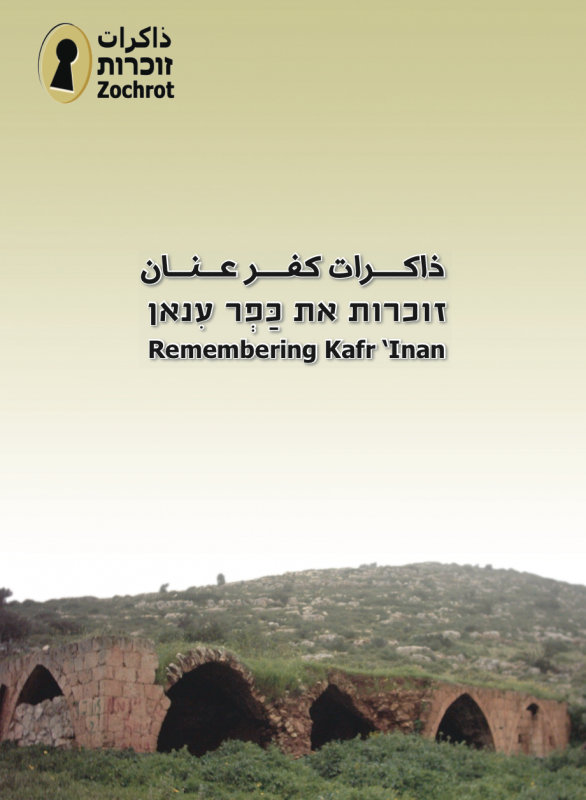 If architecture wants to influence today's socio-political situation, it has to leave behind traditional modes of action and turn the practice itself into a means of cultural and political involvement. Consciously working with the tools of an architect, the REFUGEE RETURN LAB project speculates about the return of Palestinian refugees to today's Israel and about the future of Israel - Palestine more generally.

The spatial planner offers a way to counteract the stagnant discussion about Return, reframing the debate to read the conflict from a fundamentally spatial perspective. Less important than detailed planning of scenarios for Return is defining the spatial questions and challenges which will arise once the right of return is realised. Rebuilding village structures should not be viewed simply nostalgically, but within a much wider range of possibilities for return– not necessarily all based on permanent resettlement.

The return to Israel is a return to a transformed reality. People displaced from rural surroundings will return to urban settings. We have to respond to this new reality, created since 1948. We have to challenge and redefine it, or subvert it. When dealing with the spatial dimension of Return, it is essential to operate with a stereoscopic vision - a view which incorporates

the complex relation between two places- the extraterritorial space of refuge and the erased site of origin - the destroyed village and the contemporary realities of sixty years of Palestinian exile. (Eyal Weizman, August 2009)

This thesis project investigated the conflict between spatial, social and cultural methods and practices of Return, looking at the juxtaposition of two specific places linked to the return – the Palestinian refugee camp Nahr al-Barid, in Lebanon, and the destroyed village of origin Kafr 'Inan, in the Galilee.

In the course of the project I looked at historical land tenure, the built status quo, the archaeology of memories and the connection between today's refugees in the camp and their place of origin.

The project was developed in cooperation with Eyal Weizman, Alessandro Petti and Sandi Hilal (Decolonizing Architecture, Bethlehem - London). The research phase included a three-month field trip to the West Bank and Israel. Portions of the project will be exhibited at the International Rotterdam Architecture Biennale and the Istanbul Art Biennale 2009 under the topic of Refuge.

Notes from the first trip to Kafr 'Inan

Prepared for the absence of road signs, we finally reached the ruins of the demolished village of Kafr 'Inan with the The Return Journey atlas in one hand and a marked aerial photograph from PalestineRemembered.com in the other.

We parked the car on the side of the road. We stepped out of the car and suddenly realised how seldom people must stop here. No car slowed down, and the speed of every car rushing past made us recoil. People must not stop here often. There appears to be nothing to stop for.

Amazed at first that a paved path led to the former village, we soon realised that it ended at a Jewish shrine. We continued beyond the path to the "rocky" hill. After we walked for a few minutes in the scorching heat and took some photographs, we noticed an old man who was also walking. Later we would learn that he walks here three times a week. He travels from the village of Rameh, where he now lives, back to Kafr 'Inan, where he lived until he was 15. We met a former inhabitant from the village by coincidence!

Until that moment we had felt that we were walking in a forgotten past, through a village with no inhabitants. We had felt that no one around us or in the cars rushing by had realised what we were looking for. But Hassan Ahmad Mansour, who had once lived in the village, did not seem at all surprised that we were interested in this particular place.

When he began to show us where all the houses once stood, and tell us which family lived where, how the village was organized and how people earned their livelihood - getting more enthusiastic with every step he took - we were suddenly no longer walking among ruins, but in his memory, one which seemed as alive as if he had left only yesterday.

Within a few minutes I decided to use this village as my case study.

According to the Palestinian historian Walid Khalidi, the remaining structures on the village land are:

"The site is covered with piles of stones that lie scattered around clumps of cactuses and fig trees. There are remains of a domed building on a slope facing the village and the small shrine of Shaykh Abu Hajar Azraq on an adjacent hill to the east."