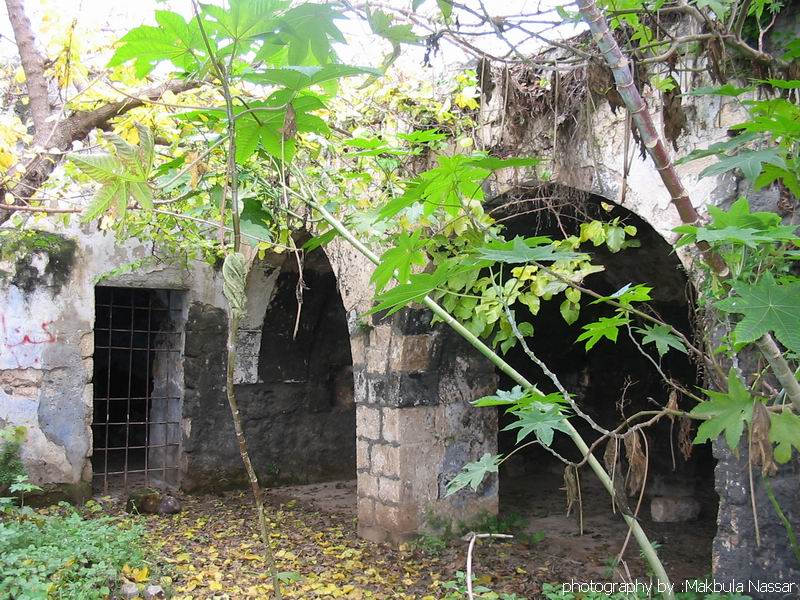 Objection to building plan in Hittin

2. Zochrot was founded in February 2002 with the purpose of promoting recognition of the Nakba by the state, its residents and institutions. The Nakba is the tragedy of the Palestinian people, most of whose villages and cities were destroyed in 1948. Zochrot's activities are drawn from the recognition that the destruction of over 530 villages and cities and their erasure from the landscape of the country are part of the past of the State of Israel and its Jewish residents, and not only of the Palestinian people. We at Zochrot feel that an approach, dignified and respectful of this tragedy, is a necessary and vital stepping stone on the path to resolving the conflict between the two peoples and achieving reconciliation between them.

3. Zochrot's activities are focused on the sites of the Palestinian villages and cities that were destroyed in 1948. These sites do not enjoy the protection of any relevant bodies, such as the protection afforded to natural areas by the Society for the Protection of Nature or to ancient historical sites by the Antiquities Authority. Therefore the organization views itself as directly connected to imminent or present changes in the areas of the localities that were destroyed in 1948, such as in the present case regarding the Jethro Tomb site and the destroyed village of Hittin .

4. This opposition is supported by an affidavit of the Director of Zochrot, Mr. Eitan Bronstein, which is attached herewith.

5. Zochrot objects to the abovementioned building plan in whole and in principle for the reasons detailed below.

6. This objection does not address the particular details of the plan, but rather the spirit of the plan in its entirety.

7. The abovementioned building plan manifests the stance of the state in general, and of state planners in particular, to the substantial Palestinian history of the country. This approach makes no consideration for the villages that were destroyed in 1948. These villages are treated as land reserves open to development just like any other available area in the country. Sometimes some care is taken with respect to building on the mosques and cemeteries of these villages, but oftentimes even this minimal limitation is not followed.

8. The abovementioned plan expands the built-up area over what until 1948 was the center of the village of Hittin .

10. Likewise, the village center of Hittin, as well, has not been built upon until now.

13. After the Nakba a small number of the displaced people of Hittin remained in the country and today there remains a community of about 500 people, citizens of the state of , who live in Tur'an, Nazareth , Kafar Manda, Deir Hanna and Arrabe. They regularly visit the destroyed village, pray at the mosque that still exists and visit the cemetery.

14. A planning approach that takes into consideration the history of the country and its citizens, necessitates an entirely different approach to building in an area such as Hittin.

16. Particularly intolerable is any injury that will be caused to the cemetery or the mosque of Hittin.

17. Another danger that exists in the plan is damage to the antiquities in the area, which have existed from the time of the Crusaders and Salah al-Din.

18. The plan's total disregard for the displaced community of Hittin sends a clear message to all internally displaced people, citizens of the state, that they were uprooted once during the Nakba of 1948 and their memory is not taken into account in the present either. The state expropriated their lands by law and now also ignores their memory. The state defined them as 'damaged' citizens from the outset and continues to disinherit them in the present as well.

19. For the Palestinian refugees in the diaspora and the Arab world as a whole this plan also sends a clear message: What was taken by force in 1948 is no longer open to negotiation and sets facts on the ground regarding their ownership. Therefore, this plan, if carried out, will narrow the possibilities for a future solution regarding the refugee issue.

20. This plan also sends a clear message to Jews in the country that the Palestinian memory and history of the country is not legitimate and is slated for extermination. Any other type of relationship between Jewish people and the land is entirely rejected in the course of this violent erasure.

21. UNESCO adopted its World Cultural Heritage convention in 1972, and 182 countries since then have joined the convention, including in 1999. This convention states that:

"The wide diffusion of culture, and the education of humanity for justice and liberty and peace, are indispensable to the dignity of man and constitute a sacred duty which all the nations must fulfill...

Culture should be regarded as the set of distinctive spiritual, material, intellectual and emotional features of society or a social group, and that it encompasses, in addition to art and literature, lifestyles, ways of living together, value systems, traditions and beliefs. In our increasingly diverse societies, it is essential to ensure harmonious interaction among people and groups with plural, varied and dynamic cultural identities... Policies for the inclusion and participation of all citizens are guarantees of social cohesion, the vitality of civil society and peace...

The defense of cultural diversity is an ethical imperative, inseparable from respect for human dignity. It implies a commitment to human rights and fundamental freedoms, in particular the rights of persons belonging to minorities and those of indigenous peoples... Heritage is our legacy from the past, what we live with today, and what we pass on to future generations. Our cultural and natural heritage are both irreplaceable sources of life and inspiration."

22. The remains of the village of Hittin meet the above definition, especially because there is a community of memory that is connected to Hittin still living in the country.

23. In there is a deep and justified concern regarding the destruction of any remains of Jewish life around the world. What kind of message are we sending to the world when we build on the remains of sites related to the Palestinian history of the country? In building on top of these remains aren't we strengthening the trends of the destruction of Jewish cemeteries and synagogues around the world? How will we be able to morally oppose the injury to these sites that are important to Jews worldwide?

24. Can change direction 59 years after its founding? Zochrot suggests that the Palestinian remains from the Nakba of 1948 be turned into centers of reconciliation between Israelis and Palestinians, by preserving them and commemorating their Arab history. When the time comes, they will also serve an important purpose in discussions about the return of the Palestinian refugees.

25. The erasure of these sites will not prevent the discussion of the need for a solution to the refugee issue, which is at the heart of the conflict. It will only exacerbate it and make Palestinian positions more extreme.

26. Building on the remains of Hittin should also concern Jews living in the country who are interested in learning about their past. Part of the history of the Jews in is the conquest of the land that began in 1948 and the prevention of the return of most of residents to their homes. The remains of Hittin are a testimony to this past and as such represent the violent source of the conflict in which we live. It is now possible to choose between either continuing the destruction, or taking a stance that acknowledges this past and expresses respect for the Palestinian people who were defeated and expelled from here. This kind of dignified stance can serve as a cornerstone for the beginning of a reconciliation process.

27. This building plan contains another danger, which is the escalation of tensions between different Palestinian groups, Druze, Muslims, and Christians. This kind of factionalism began in the Nakba in 1948 and there is now the fear that expanding the area of the Jethro tomb site at the expense of the area of Hittin will deepen this dangerous trend.

28. In sum, the Arab sites in the country embody this heritage, and are places where a transition from conflict to peacemaking between Israelis and Palestinians can begin. Zochrot suggests that we not forfeit this opportunity in Hittin as well. Instead, this place can be turned into a site of reconciliation, a place in the landscape where the people who lived there can be taken into consideration and an attempt be made to reconcile with them. This may put a stick in the wheels of mutual hatred and revenge that have been turning since 1948.