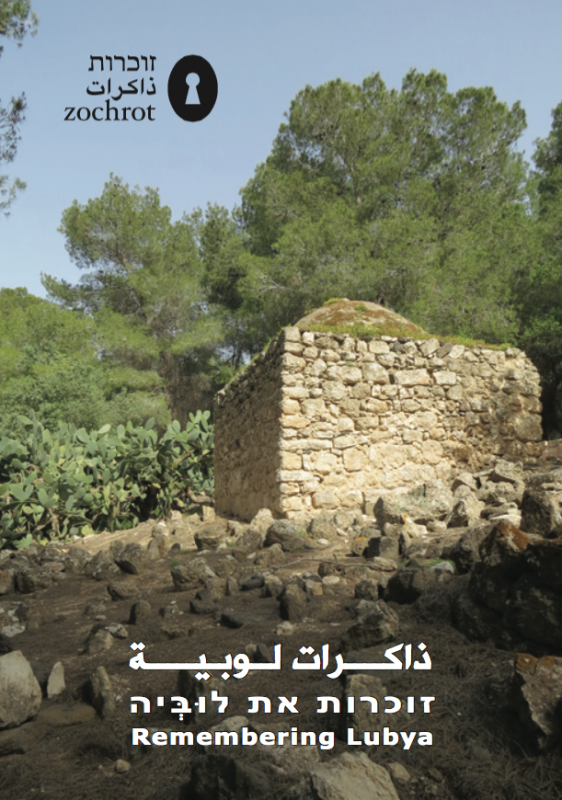 Introduction
Sixty-seven years passed since the Palestinian Nakba of 1948, and 48 years passed since the occupation of 1967 – two key milestones in the history of the Israeli-Palestinian conflict. Nevertheless, since 1948, and for 67 years, the ongoing Palestinian Nakba has been denied and silenced by the State of Israel, its institutes, and most of Jewish-Israeli society, which fail to acknowledge its far-reaching consequences. Sixty-seven years since the Nakba – and most Palestinians around the world are still refugees, victims of ongoing displacement.
This is the background for the groundbreaking initiative by StopTheJNF South Africa activists: apologize to and express solidarity with the Palestinian displaced persons and refugees from Lubya. The booklet before you has been produced in preparation for the initiative’s peak event – a tour of the destroyed village of Lubya and a public apology ceremony attended by village refugees, South African activists, and members of the public. The booklet provides essential information about the unprecedented initiative, as well as the village history and the circumstances of its occupation.

For Zochrot, this is a moving initiative, not only because it involves symbolic acknowledgement and responsibility-taking, but also because it promises and anticipates many more acts of redress, until such time as Lubya’s and all Palestinian refugees and displaced persons have returned to their homes.

Zochrot congratulates the South African activists for their brave step. It also applauds the refugees and displaced persons from Lubya for their willingness to accept their apology, despite the fact that they have yet to see justice done as they are still not allowed to return to their village lands. Zochrot is proud to take part in this initiative, which dovetails with its vision of full return of all Palestinian refugees who so desire, as an essential condition for creating a just, equitable, humane and democratic space in this land. The initiative also echoes Zochrot’s call on Jewish-Israeli society to accept responsibility for its share of the Palestinian Nakba and take an active part in redressing past wrongs and doing justice in the territory it has occupied since 1948 at the expense of its former inhabitants, preventing their return.