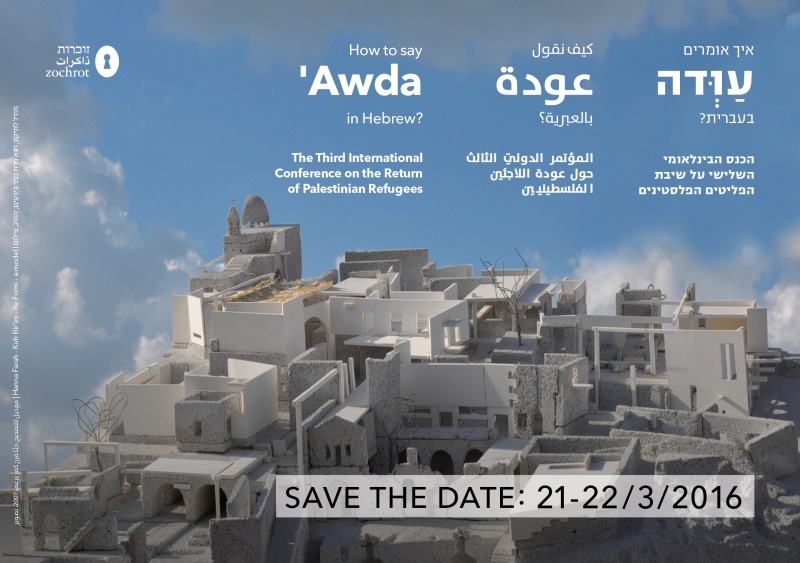 What is Zochrot really remembering?

Zochrot, an organization that opposes the State of Israel, will host a conference in Tel Aviv next week, with the main topic on how to destroy Israel as a Jewish state, Arutz Sheva reports.

WATCH: The Palestinian youth realizing their dream of return
For three years, a group of young Palestinian citizens of Israel has been meeting in order to imagine and plan their return to the destroyed villages from which their parents and grandparents were expelled.
The project they initiated, “Udna” (“Return”), aims to give the younger generation an awareness of the Nakba, and to create actual models for return. In episode 3, refugees from Iqrit return to their abandoned village, despite the state’s opposition.