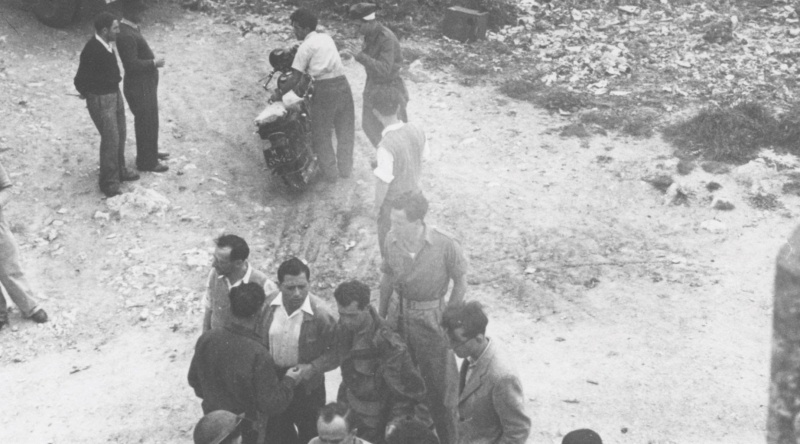 Testimonies From the Censored Deir Yassin Massacre: 'They Piled Bodies and Burned Them'
A young fellow tied to a tree and set on fire. A woman and an old man shot in back. Girls lined up against a wall and shot with a submachine gun.

For two years now a document that makes for difficult reading has been lying in the archives of the association to commemorate the heritage of Lehi – the Fighters for the Freedom of Israel pre-state underground militia. It was written by a member of the underground about 70 years ago. Reading it could reopen a bleeding wound from the days of the War of Independence that to this day stirs a great deal of emotion in Israeli society.

“Last Friday together with Etzel” – the acronym for the National Military Organization, also known as the Irgun, another pre-state underground militia, led by Menachem Begin – “our movement carried out a tremendous operation to occupy the Arab village on the Jerusalem-Tel Aviv road – Deir Yassin. I participated in this operation in the most active way,” wrote Yehuda Feder, whose nom de guerre in Lehi (also known as the Stern Gang) was “Giora.”

Further along in the letter, he describes in detail his part in the massacre that took place there. “This was the first time in my life that at my hands and before my eyes Arabs fell. In the village I killed an armed Arab man and two Arab girls of 16 or 17 who were helping the Arab who was shooting. I stood them against a wall and blasted them with two rounds from the Tommy gun,” he wrote, describing how he carried out the execution of the girls with a submachine gun.

Along with that, he tells about looting in the village with his buddies after it was occupied. “We confiscated a lot of money and silver and gold jewelry fell into our hands,” he wrote. He concludes the letter with the words: “This was a really tremendous operation and it is with reason that the left is vilifying us again.”