Suddenly cars came, we heard shooting. I looked and many men were running away. Others ran and fell, and people were shouting. My uncle told me to stay away, he didn´t want me to see dead people, but I insisted. I wanted to see. Many were killed or injure 26/06/2013 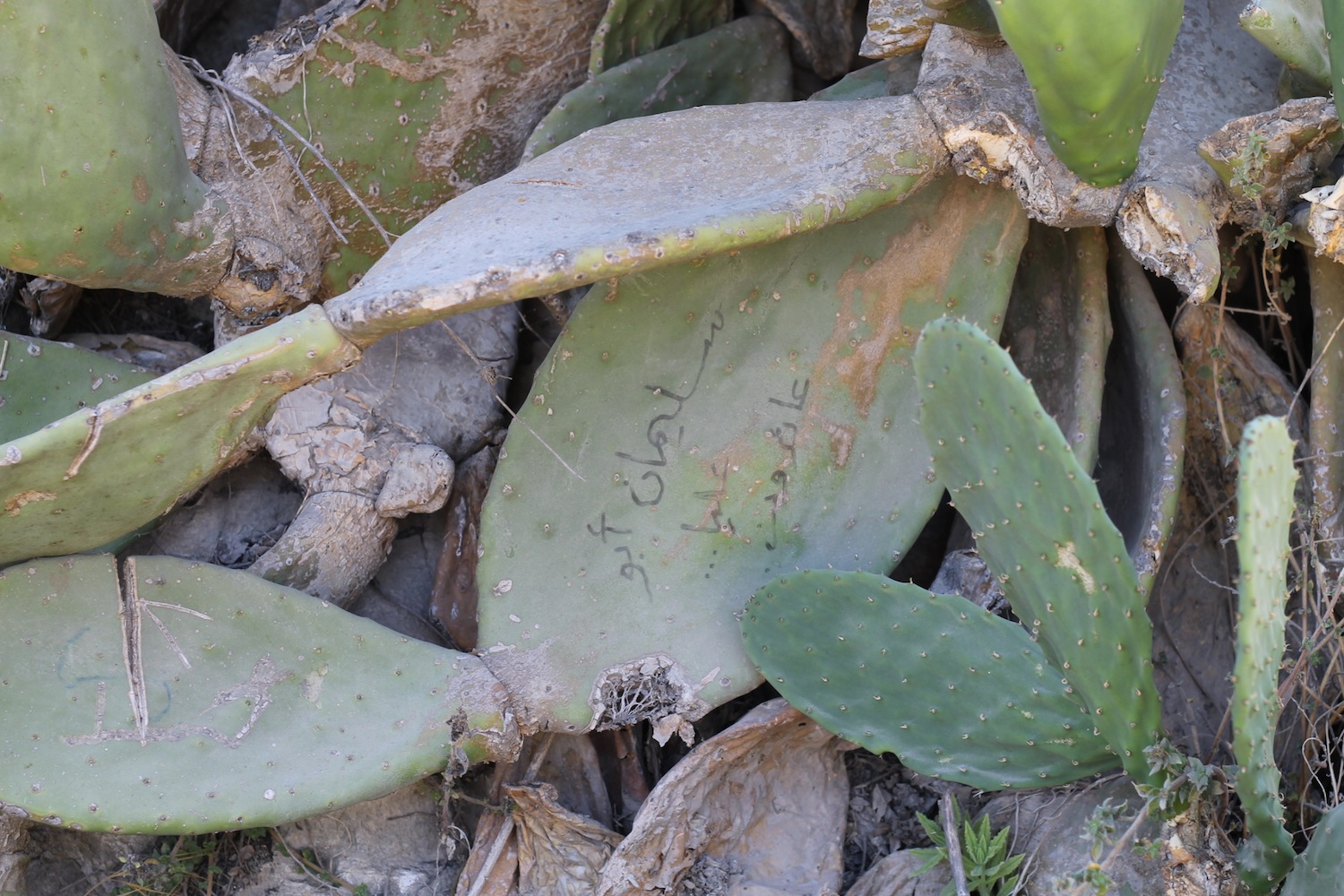 Sari Nasir (SN): I was born in Lifta in 1938, but in 1948 we were kicked out of there. I remember how they drove us out. They told my father: ´you better take your family away because we don´t want to happen to you what happened to the people of Deir Yassin´. I think the Deir Yassin massacre frightened many of the people of Lifta.

LR: Did they leave everything behind when they fled?

SN: Most of the things, except for the key. I rememberthat my mother wouldn´t leave, we had to force her. She was forced to leave. She cried, I remember her tears. And I remember she said: ´please, let me close the doors´. They told her that we would only go away for a couple of days, that we would come back. I have childhood memories of fleeing to the other side of Jerusalem. How bombs would fall and how people would be injured, blood all over them.

LR: Where did you stay in Jerusalem?

SN: I remember my parents had a hard time finding a place to sleep, to get us children under one roof. We found a room in the Indian hospice in Jerusalem, in the old city. My uncle asked if his children could stay there as well, but they could not. That was why the families were scattered, they could not stay together. Half of them went to Ramallah, others Jerusalem, Damascus, Lebanon…

SN: Lifta was a traditional village, and a very tight community. Usually if a girl married someone from outside the village, they would say she became a stranger, they didn´t like this. They wanted her to stay in the village. The families were traditional extended families. My family, for instance, was big, five boys and five girls.

LR: What do you tell your children about Lifta?

SN: We tell them how we left and how we look forward to going back. If you ask children in the diaspora now where they are from, they say I am from Lifta. My children, who are in the United States, still want to go back. The younger people are more enthusiastic about Lifta, they read about it, write about it… They are proud that they are from Lifta. The Israeli´s made a mistake by thinking the Palestinians would forget. The Palestinians are here to stay, no matter how they try to change the landscape of Palestine. We are more attached to it than ever, we remember it more than ever.

LR: Do you ever visit Lifta?

SN: Oh yes, I went several times. I went to my house and my grandfather´s house. I tried to remember how scenic Lifta was, very scenic. I remember that I went with my grandfather to the common place of the village, a room for the men to go and sit at the end of the day, and talk about what is going on.

SN: No, it was like a guesthouse. It was close to my grandfather´s house. I would go there and sit with my father and grandfather. In winter they had a stove to heat the place. I would fall asleep while listening to their talking and at the end they would wake me up and we would go home.

LR: Do you remember the shooting in the coffee house?

SN: Yes, I remember that. It was in 1947 I think. I saw it with my own eyes. The coffee house was right on the main road in Upper Lifta. Men would go there to talk and smoke the shisha. My grandfather used to go there a lot, but for some reason he didn´t go that day. I was there with my uncle when suddenly cars came, we heard shooting. I looked and many men were running away. Others ran and fell, and people were shouting. My uncle told me to stay away, he didn´t want me to see dead people, but I insisted. I wanted to see. Many were killed or injured… It was a message I think, that we should leave. They used this method to try to drive us out. And they did.

LR: How were the relations with the Jewish people before 1948?

SN: We were friends. I played with Jewish children; we would eat at each other’s house. But look what happened then. They started preparing themselves to take over, the Haganah and others, the Stern gang… You know, there are many images that crowd my memory.

LR: If you could return now, you would go immediately?

SN: Of course, immediately. Even my children who are in the States would come back. Palestine has become a legend, a symbol that people attach themselves to because it is collective.

LR: It would be a very difficult life in the beginning.

SN: Yes, very difficult. You have to rebuild everything, but at least you are on your land. You are in the land that belongs to you. Wherever Palestinians go, they suffer. They are always singled out as strangers, as foreigners. You know it´s really painful to think about what happened and what is happening. There is nothing one can do about it now. But we always hope for better days.