Ever since their uprooting in 1948, the people of Iqrit never stopped fighting for their right to return to their village, whether in the Israeli courts, in the political arena or as social activists.

On Christmas Eve, 1951, while the displaced villagers of Iqrit were preparing to celebrate, the Israeli air force bombed their homes. All but the church and cemetery was leveled to the ground.
In 1971, after a protracted struggle, the villagers received permission to use the church and cemetery.
In the summer of 2012, a group of youngsters from Iqrit took a bold, unprecedented step and moved into the village church, thereby realizing their right of return.
In the past, Zochrot has held several activities and tours in Iqrit, and continues to support the villagers’ demand to return to their homes. This Christmas, Zochrot joins the people of Iqrit in celebrating in their village, on their land, on December 26. During the visit we articipated with the displaced villagers and other guests in the Christmas mass that was held in the village church. We also had a tour in the village site guided by local activists and learned about thier campaign.
The public was invited. About 50 people arrived with Zochrot and participated in the event with the displaced families and many other guests.

Read more about the Nakba of the village in our publication “Remembering Iqrit”.

To visit Iqrit independently, please use the iNakba application or Waze. 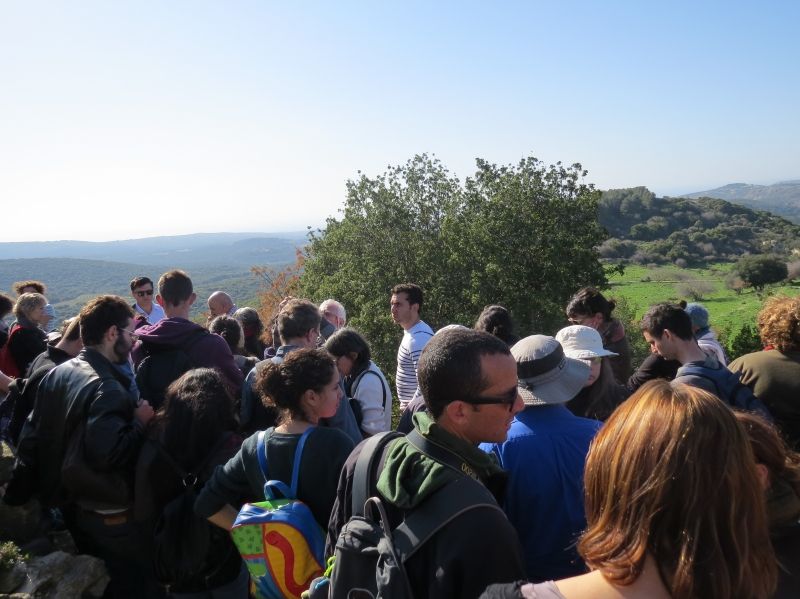 Cemeteries Churches About Palestinian villages Destruction in stages after 1948