-What is Happening in Lydd? Educational tour about the Nakba in the city of Al-lydd/Lod

On the anniversary of the Massacre and the occupation of Lod in July 1948, Zochrot invites you to join us for a tour to al-Lydd to learn about the Nakba and the ongoing Nakba, about accountability and redress.

In this tour we will explore the city and learn about its glorious past. We will pass several sites and focus on the brutal occupation of the city in 1948, we will hear about the looting of houses and property, the massacre and the expulsion, about how the expelled were prevented from returning and how the few who survived that ethnic cleansing were confined in a “Ghetto”. We will hear about processes of Judaization, including the resettlement of Jewish immigrants in Palestinian houses on the one hand and the destruction of the city’s Arab-Palestinian identity on the other. We will expose the extent of lingering trauma in the Palestinian consciousness in the context of the Nakba in general and in particular in al-Lydd.

We will meet activists from this community to try to understand the consequences of those ongoing Nakba processes  for the city’s populace and reality today.

The tour will start at Sabil Subeih (near Ha-shoter square, the corner of Hashmonaim St & Tzahal Blvd), we will walk through the main road of the old town, the Ghetto compound, the great mosque, saint George church, Khan al-Hiluw and the Dahmash mosque, where Israeli forces massacred dozens of the city’s residents in 1948.

Meeting point and start of the tour at Sabil Subeih (Ha- Hashmonaim st. near Ha-Shoter square), at 17:00

A bus to the tour will leave Tel Aviv at 16:00 from Lewinsky garden 31 Ha-gdud Ha-ivri St.

Please sign up here to participate and to ensure your seat on the bus.

The tour will be held in Hebrew and Arabic. Translation to English will be provided to those who need it.

Join our community: donate monthly to Zochrot so we can extend our activism, continue to challenge the discourse and promote political and cultural transformation for a more just future. 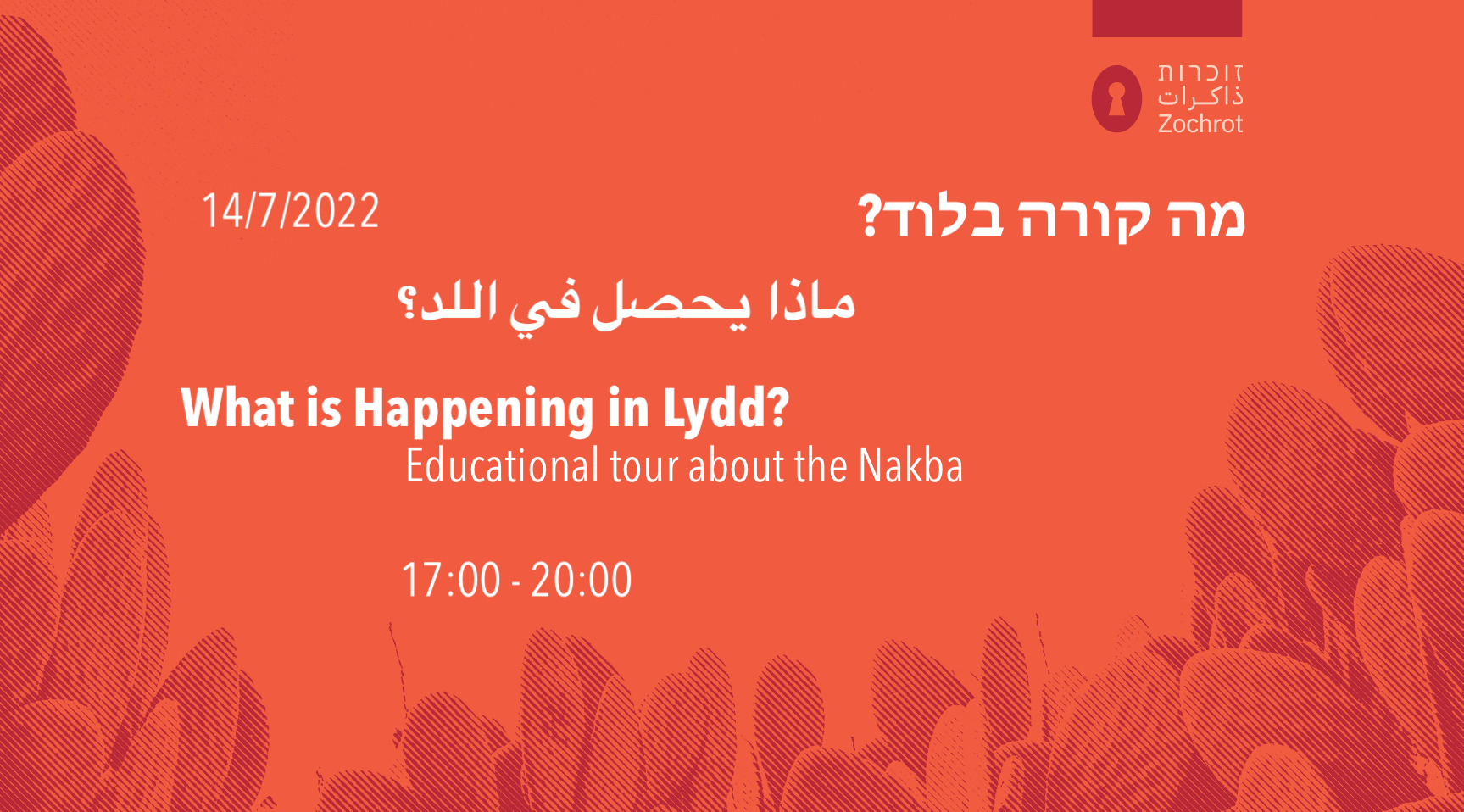 Testimonies of Jewish, including fighters, on 1948 Destruction in stages after 1948 Massacres