Classified as a hamlet in the Palestine Index Gazetteer, al-Mansura stood on the northern shoulder of a mountain in Upper Galilee. The summit of the mountain rose behind the village, to its south, and wide expanses of land stretched out below the village to the east, west, and north. It was located 29 km northeast of Acre.

The village was probably attacked in October 1948, during Operation Hiram. Later, in mid-November 1948, the Israeli army decided to empty the Israeli side of the Israeli-Lebanese border of its Arab villages. The people of al-Mansura were ordered to leave; some crossed into Lebanon but most were taken in trucks to the village of al-Rama, tot he south. In February 1949 the Maronite Church appealed tot he Israeli government on behalf of the villagers, asking that they be allowed to return to their homes, but the appeal was denied. For many year thereafter the villagers of al-Mansura which had remained in Israel continued to plead with the Israeli authorities, to no avail.

The village houses have been completely leveled. Much of the resulting debris has been pushed together in heaps along the northern edge of the site. Iron construction rods project from some of the larger blocks of cement. The site is used for grazing cows and has been enclosed by a wire fence. To the west of the site is a chicken coop belonging to the settlement of Netu'a. The only village structure that still stands is the church of Mari Yohanna, which is 200 m south of the site on the slope of the mountain. Its roof and parts of its walls have collapsed. Vines have been planted between the church and the village site, and a military airstrip and army base are on the top of the mountain, to the south. 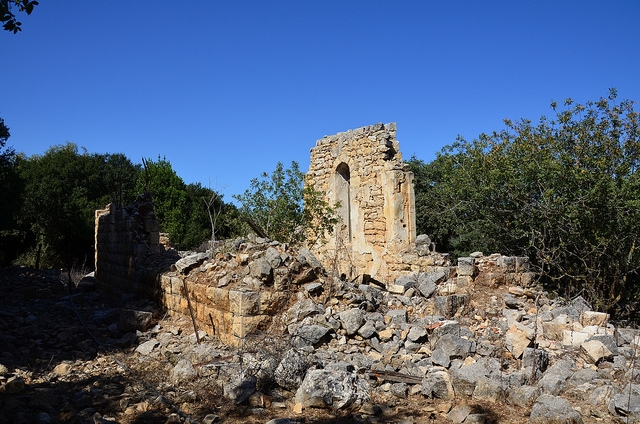