This year, Zochrot will held its second international, multidisciplinary conference to discuss practical aspects of the Return of Palestinian refugees grounded in the transitional justice principles of acknowledgement, accountability and a joint Jewish-Palestinian process of redress.

The issues discussed in this conference focused on the implication of Return for the country's physical, cultural and economicspace, on the nature of its future society, the status of Palestinians and Jews living here, the nature of its regime, and last but not least, the practicalities of returning property after 65 years of refugeehood and the destruction of Palestinian life on the one hand, and the establishment of a Jewish State and the resulting new reality on the other. The conference will discuss the key question of whether there is a single path to realizing Return.

The hundreds of thousands of Palestinians deported or otherwise forced out of their homeland ever since 1947 have become refugees as a direct or indirect result of violence perpetrated by Zionist organizations followed by the State of Israel against civilian populations. From as early as 1948, the Israeli government has made it its official policy to prevent the Return of these refugees.

Now that sixty-five years have gone by since the Nakba and the establishment of the State of Israel, it is all the more urgent to promote the Jewish-Israeli public's acknowledgement and accountability for its part in the injustices of the ongoing Nakba, and to realize the Return of Palestinian refugees as the necessary redress of the Nakba and a chance for better life for all people living in this country.

Beyond the fact that the Right of Return is every refugee's basic human right, realizing the return of Palestinian refugees is a prerequisite for the country's decolonization, ending the conflict, doing justice and creating an egalitarian civil society serving the interests of all its members.

The objective of this conference is not to argue whether the Palestinian refugees have a right to return, but to see how this right can be realized. How Return represents for Israelis the chance to stop being occupiers and the opportunity to live in a better place.

Collection of Articles - From the second Return Conference 9\2013
Awda
Awda
A utopian Arab city? Turn left at Israel's Route 65
If the house still stands: Options for the return of Palestinian refugees to their homes

An interview with Umar al-Ghubari from Zochrot
Round Table: Speakers do not Cut Corners
Returning to Iqrit / A representative of the Iqrit returnees
Returning to Mi'ar / Mi'ar Group for the Vision of Return
Returning to al-Lajun / al-Lajun Group for the Vision of Return
Panel: State, Regime and Space: Return Where?
Panel -Transitional Justice in Israel-Palestine: Return as an Act of Justice
Panel: Strategies for Promoting Return - The Challenge Faced by Palestinian and Israeli Societies and the International Community 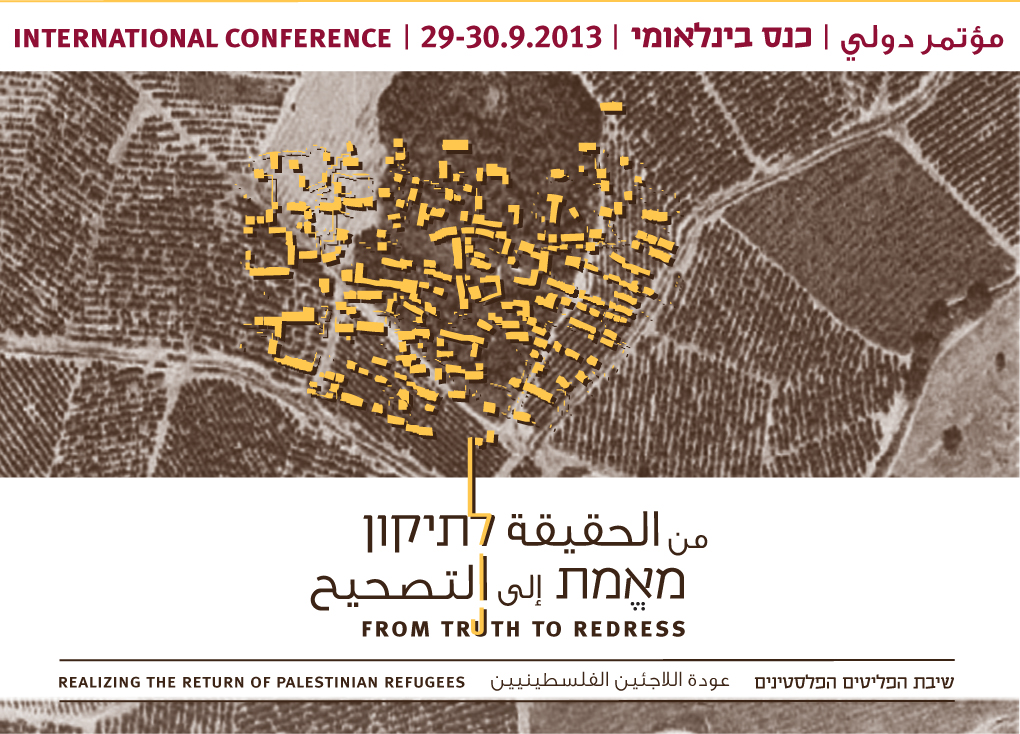 Conference//From Truth to Redress: Realizing the Return of Palestinian Refugees