Sedek: A Journal on the Ongoing Nakba, at a discussion evening in Kibbutz Hagoshrim

Activity Name: Sedek: A Journal on the Ongoing Nakba, at a discussion evening in Kibbutz Hagoshrim

Some fifty men and women, among them also Kibbutz Hagoshrim members, joined us for the event, a first of its kind in the region. Nahida Sami Zahra told of her displacement and Kufr Birim, Nava Shai told of the Salha massacre next to Kibbutz Yiron, where she now lives. Salman Fakhr Aldin, from Majdal Shams, read poetry and told of the latest fence crossing of Palestinian refugees from Syria through his village. Tomer Gardi told from his book Stone, Paper, which will be published this year.

In addition to hosting our discussion evening, the Hagoshrim club hosted lately Zochrot's Nakba study group in the Galilee. After difficulties in finding a place in the Galilee that would host its activity it found a place in the Hagoshrim club. Protests that rose around the discussion evening in the Kibbutz lead to a sealing of the Kibbutz club doors, and to forbidding the group to continue its activities there, without hearing Zochrot's point of view.

Unlike what may be deducted from the unilateral move, voices inside Kibbutz Hagoshrim specifically, and in the rest of the Galilee in general, are varied and diverse. Yehuda Levi, a Kibbutz Hagoshrim member, published a text (in Hebrew) in the Kibbutz website, objecting the silencing of Zochrot. Others living in the upper Galilee have also turned to us, stressing the importance they see in such discourse in the area. Zochrot hopes and believes, therefore, that the opportunity for having an open discussion on the Palestinian Nakba and its continuous consequences with Hagoshrim Kibbutz members in particular, and with upper Galilee residents in general, has not been shut.

Zochrot wishes to thank dearly Lihi Jofe for organizing and producing the discussion evening. It would not have happened without her. 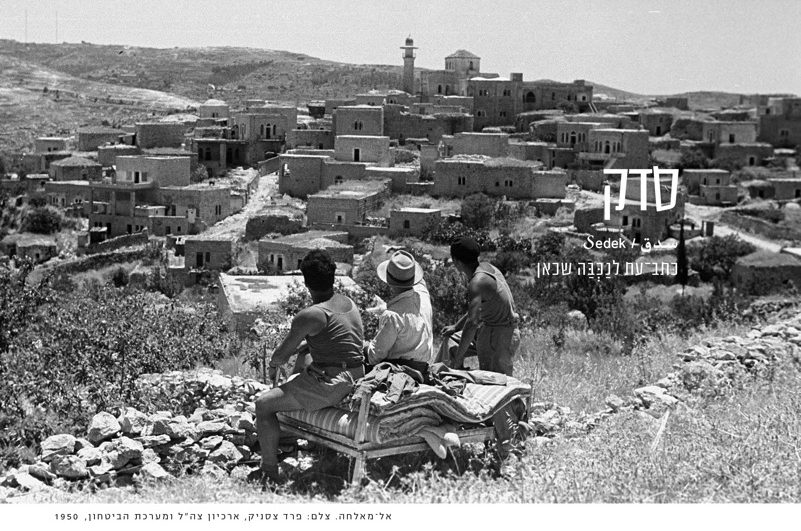